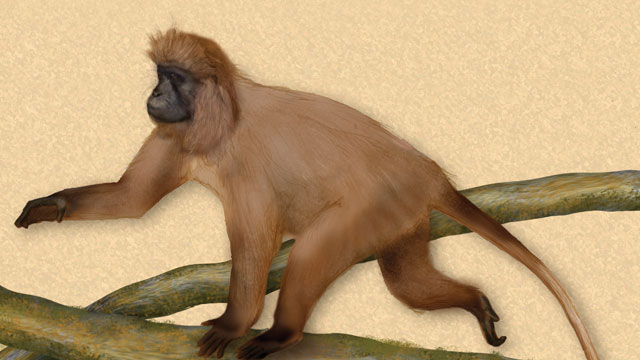 FROM ANECDOTE TO SPECIES: An artist’s reconstruction of the kipunji (Lophocebus kipunji), drawn from a research video shot in the Ndundulu Forest in southern Tanzania and officially described in 2003NATIONAL SCIENCE FOUNDATION

Since the demise of the journal Cryptozoology in 1996, there has been no peer-reviewed English-language periodical for the controversial field, which studies animals known from anecdote, folklore, or fragmentary physical evidence, but not yet authenticated with actual specimens. So when the U.K.–based Centre for Fortean Zoology (CFZ) approached popular cryptozoology writer Karl Shuker about launching a new journal, he was happy to oblige.

“I felt it imperative that a journal of this nature should exist again as a platform for formal scientific cryptozoological research and reviews of past cases that mainstream journals may not be willing to consider,” says Shuker, who has a PhD in zoology and comparative physiology from the University of Birmingham,...

Shuker hopes that by providing an outlet for cryptozoological research with a genuinely scientific approach, the new journal will ensure that serious contributions get the attention they deserve. Much depends on the quality of the material and rigor of the review process, of course, but he also hopes that The Journal of Cryptozoology will raise the reputation of this much-maligned field in the eyes of the scientific community.

Such aspirations will no doubt raise a few eyebrows. For many onlookers, the term cryptozoology is inextricably linked to crackpot amateurs who make sensational, unsubstantiated claims about the existence of Sasquatch or the Loch Ness Monster. That’s understandable; there are all manner of “investigators” seeking out fantastical cryptids in a distinctly less-than-scientific manner.

Most people who unashamedly call themselves cryptozoologists are doing a form of travel writing, says Darren Naish, a paleozoologist at the U.K.’s National Oceanography Centre at the University of Southampton who also dabbles in cryptozoology. “It tends to be a lot of speculation and not much analysis of data, and the conclusions are not based on a robust-enough framework to be considered of the normal caliber you’d expect for scientific conclusions.”

So long as the standards are kept high, then I think it will demonstrate that cryptozoology isn’t just full of crackpots chasing Nessy.—­Darren Naish, University of Southampton, U.K.

But the fundamental concept of cryptozoology is not pseudoscientific, argues Shuker. “If cryptozoology is approached in a rigorously scientific, objective manner, it is no more a pseudoscience than is any other branch of zoology,” he says. And there are several recent cases of new species being discovered on the basis of anecdotal evidence, including the saola (or Vu Quang ox), found in the forests of Vietnam in 1992, and the kipunji, a monkey in Tanzania, officially described in 2003. These creatures are not as exotic as the yeti or the orang pendek—a bipedal primate said to roam the rainforests of Sumatra—but they demonstrate that even today, in an age of satellite maps and camera traps, animals as large as oxen can escape science’s gaze.

Zoologists engaged in this sort of research are doing cryptozoology, says Naish, whether or not they would identify their work as such. But there is a small cadre of trained zoologists with positions at accredited universities who scientifically analyze supposed evidence for the existence of cryptids—and who describe themselves as “scientific cryptozoologists.”

Naish, who includes himself in that group, uses his knowledge of vertebrate paleontology to scientifically evaluate strange-looking carcasses and to assess the likelihood that extinct marine creatures such as plesiosaurs could still be around. He was part of a team that used statistical models to predict the number of extant pinniped species yet to be described, a study published in 2008 in Historical Biology. Another notable example is Jeff Meldrum, a professor of anatomy and anthropology at Idaho State University, who applies his understanding of functional foot morphology in primates to evaluate alleged sasquatch footprints.

Citing the work of Meldrum in particular, Loren Coleman, director of the International Cryptozoology Museum in Portland, Maine, says that “the standards are already high among those who are working academically and scientifically.” Despite the presence of established scientific cryptozoologists, however, the term cryptozoology remains tainted—something Shuker hopes to change with The Journal of Cryptozoology.

The first issue featured a reevaluation of evidence for a footprint first reported in 1871, said to have been made by a Queensland tiger, an Australian marsupial thought to be similar to the Tasmanian tiger; and another, by Naish, that examines a previously enigmatic carcass from Australia’s Margaret River known only from a single photograph. “Neither paper was likely to have been published in a mainstream journal,” says Shuker, “and yet both were fully deserving of publication on account of their strictly scientific approach.”

Although it’s early days, the response to the new journal has been encouraging: since the first issue was published, Shuker says he has received submissions from researchers within the mainstream zoological community.

Naish is cautiously optimistic. If cryptid studies come from a well-reasoned scientific approach, they should be accepted by mainstream zoological journals, he says. “On the other hand, you could argue that every specialized subdiscipline needs its own special community-interest publication.”

The big challenge is to make sure the journal is robust enough to be taken seriously, Naish adds. “So long as the standards are kept high, then I think it will encourage a gradual rise in the standing [of the field] and demonstrate that cryptozoology isn’t just full of crackpots chasing Nessy.”