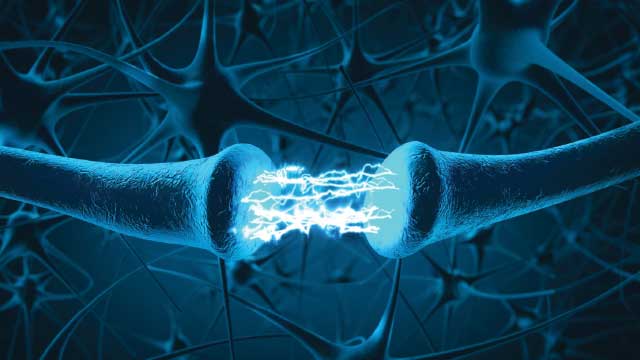 STAVING OFF DEPRESSION: Deficiencies in key compounds that help the body make neurotransmitters may contribute to the intractability of depression in some people.© ISTOCK.COM/JM1366

In 2002, psychiatrist Lisa Pan, a depression and suicide prevention researcher at the University of Pittsburgh Medical Center (UPMC), met Kyle, a 19-year-old suffering from depression (name altered to preserve confidentiality). He was among the estimated 15 percent of depression patients in the U.S. for whom treatments such as antidepressants or therapy do not help. He “had been through every available treatment” including electroconvulsive therapy, but nothing worked, Pan recalls. “At one time, he was on 17 medications simultaneously.” The teenager had attempted suicide, and doctors determined that he was at risk for similar episodes. The next step for him would be state hospitalization.

“We felt like we might be onto something,” Pan says. She began exploring the possibility that metabolic imbalances affected others for whom standard depression treatment had failed. She and her colleagues conducted an array of blood, urine, and cerebrospinal fluid tests in 33 such individuals, each of whom had shown negligible response to at least three different maximum-dose depression medications administered for six weeks or more. Ranging from teenagers to middle-age adults, the group included some who also suffered post-traumatic stress disorder (PTSD), anxiety, or attention deficit hyperactivity disorder (ADHD).

When the tests came back, about a third of the patients showed a deficiency in the levels of folate in their spinal fluid, another key compound for producing a variety of neurotransmitters. Taking a folate supplement to correct this imbalance improved patients’ depression symptoms, lowering their scores on a questionnaire for suicidal thinking and another for mental and physical signs of depression. And Pan says that as each patient continued to take the supplement, their symptoms continued to improve (Am J Psych, appiajp201615111500, 2016).

Since the publication of these results, “we have gotten hundreds of phone calls from people just asking for help,” she says. As Pan returns these calls, she explains that her findings are preliminary. Her study documents relatively few individual treatment outcomes and is not a formal clinical trial. As the study continues and expands to include more patients, Pan and her colleagues will work to identify the cause of folate deficiency and to investigate whether folate supplementation could become a standard treatment. But these results suggest that treating an underlying neurometabolic imbalance can alleviate depression at least in some cases, which should open a door to new research. Receiving the influx of phone calls “makes me want to work more,” Pan says.

Characterizing depression in broad strokes is almost impossible, cautions David Brent, a former advisor to Pan and coauthor on the study. “There are a lot of people who look the same that probably have very different causes” of depression. Other psychological conditions, including PTSD and anxiety, frequently coincide with and complicate the disorder. “We’re really just at the beginning of extricating” these interacting factors, Pan says, and at this stage, developing solutions that can be standardized for treating many people is difficult.

Even so, Finegold notes that preliminary studies like this one have a way of offering hope to people who have not found a successful depression treatment. He, too, receives phone calls from people living with depression, and some express their gratitude simply to know that new aspects of the problem are being explored.

One avenue of Pan’s further exploration is to search for genetic markers associated with neurometabolic imbalances. Ideally, genetic testing could be used alongside traditional clinical evaluations to provide physicians with as much patient information as possible, says coauthor David Peters, a geneticist at UPMC. Testing spinal fluid is invasive and time-consuming; a quick DNA swab is much more practical, and Peters says incorporating genetic testing is a “very exciting prospect.”

Every six months or so, Pan checks in with Kyle. Having graduated college, he now works in environmental science, and the only medication he takes is sapropterin. In a statement he authorized her to share, Kyle says, “It’s safe to say that I owe my life to the successful diagnosis.”