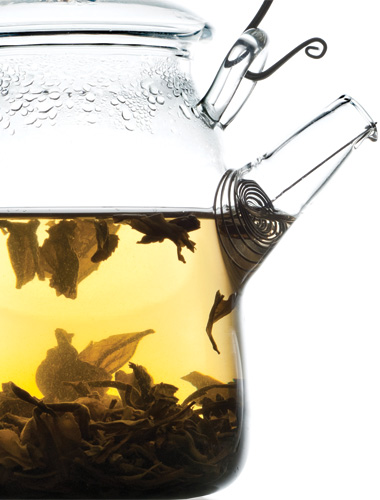 In August 1960, Norwegian physician Lorents Gran traveled to the Republic of Congo (now the Democratic Republic of Congo) to join doctors and nurses from about 50 countries in a Red Cross mission to provide medical services to Africans in the months following the nation’s independence from Belgium. Secessionist riots had broken out in the streets, scores of soldier mutinied, battles raged among local tribes, and European doctors and nurses fled in droves. “The country had not yet any indigenous doctors or medical personnel to run their clinics,” Gran recalls. “It was chaos all through the country.”

Gran was sent to a hospital in Luluabourg (now Kananga) to tend to casualties of a war between two related tribes—the Lulua, traditional settlers of the town, and the Luba, relative latecomers who had risen through social ranks. The medical team worked night and day, responding to patients brought...

When he returned to the country 10 years later to teach anesthesiology at a Red Cross hospital in Kinshasa, he acquired samples of the herb, called kalata, from which the tea was brewed. With the help of some colleagues in the University of Oslo’s School of Pharmacy, Gran tested the tea on estrogen-treated rat uteri, which confirmed that it increases the force, frequency, and duration of uterine smooth muscle contractions. He eventually isolated a 29-amino-acid-long peptide, which had the same contraction-stimulating effect in vitro and in live rats and rabbits, but he wasn’t able to determine its exact sequence or structure. From what he could gather, the peptide “had no end and no beginning, so we concluded that it must be circular, like a snake biting itself,” Gran says. The work earned him a PhD in 1974, but his involvement with kalata and the peptide ended there, when he decided to return to the clinic as an anesthesiologist.

Twenty years later, organic chemist David Craik of the University of Queensland, who was on sabbatical at the University of Oxford in the United Kingdom, picked up where Gran had left off. Using a sample brought to Oxford by a former postdoc in Gran’s department in Oslo, Craik performed nuclear magnetic resonance spectroscopy and discovered the peptide had a bizarre structure now known as a cysteine knot—essentially three tangled disulfide bonds. He also confirmed the circular backbone that Gran had predicted. “It was completely unprecedented,” Craik says. “[The structure] hadn’t been seen before in proteins.”

But it made sense, he adds. Proteins are notoriously unstable and vulnerable to degradation by proteases within the body. But the kalata protein could survive not only the stomach, but the boiling of the tea as well. “That structure”—which he dubbed a cyclotide—“explains why the molecule is so stable,” Craik says. “Once I saw the structure, I realized that might have potential for making peptide drugs more stable in general.”

And that’s exactly what he’s done—both by inserting the active region of a protein in place of one of the loops of a natural cyclotide, and by “cyclizing” existing bioactive proteins and peptides to make them more stable without affecting their activity. So far, Craik and his team have stabilized a variety of proteins, including a neurotoxic peptide from a marine snail, which the researchers have shown to be orally active against pain in rats, and an antagonist to a blood-vessel growth factor, which could combat cancer by inhibiting angiogenesis.

While a cyclotide compound has yet to enter clinical trials, Craik sees potential. “If you try to swallow a protein tablet, your body chews it up,” he says. “Your stomach treats it the same as it would a piece of steak and wants to break it down to amino acids. If we could engineer proteins to have a circular backbone, then we might be able to improve their stability.”

Cyclotides, more than 100 of which have now been discovered in plants, also have potential applications in their own right, says chemical biologist Ulf Göransson of Uppsala University, who was part of a team that discovered a family of cyclotides in violets. “We know they do have antimicrobial effects. . . [and] they actually have quite a potent cytotoxic effect,” he says, suggesting they may have potential as antibiotics or anticancer compounds.