A group of scientists in northern Norway are using the technique to measure biodiversity’s response to past and present climate change.

Picking berries in the Norwegian Arctic is a common pastime for people living there. In late summer, the wild, open landscapes are rife with blueberries, lingonberries, cloudberries, and crowberries, all there for the taking. Among berry-picking Norwegians, it is a little-known fact that each species of berry contains multiple subspecies. The secret to distinguishing them involves identifying subtle morphological differences in the plants’ leaves, flowers, and pollen that can be essentially impossible to discern with the naked eye.

These subtle differences have long been known to Inger Greve Alsos, a berry picker and a botanist and molecular biologist at the University of Tromsø, 220 miles above the Arctic circle. Along with colleagues at the university museum’s research center, Alsos is currently taking part in the formidable task of genetically identifying not just all the species and subspecies of berries, but...

It’s all part of a countrywide project called the Norwegian Barcode of Life (NorBOL). The effort, which is distributed across multiple research centers and has been funded by the Research Council of Norway and other institutions since its launch as a national project in 2014, aims to provide a reference database of all taxa in the country. Researchers hope that the data will provide the basis for monitoring biodiversity, primarily in the Arctic, in the face of climate change.

“In parts of the Arctic, like Svalbard, the increase in temperature as a result of climate change is three times the global rate,” Alsos tells The Scientist. “The high Arctic is like an early warning system that can tell us what can happen to other ecosystems further south. Knowledge of what happens to biodiversity in the Arctic is therefore essential globally.” 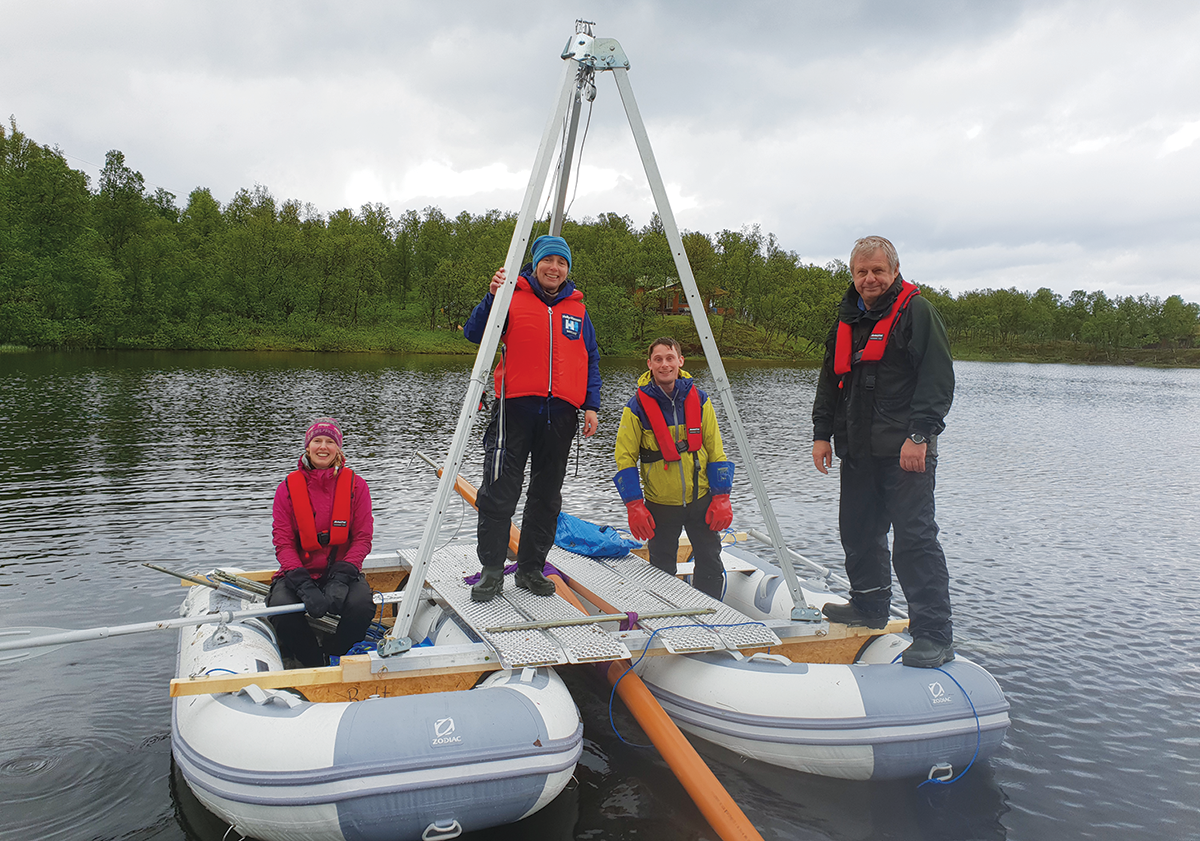 The project’s central technique, called DNA barcoding, is a method that enables the classification of all life forms via genetic markers—called barcodes—unique to particular genotypes. Barcoding can also facilitate the discovery of new species. Using this approach, new and existing taxa can be classified unambiguously, beyond the species level and without the expertise of taxonomists, explains Paul Hebert, a biologist at the University of Guelph in Canada who introduced the concept in the early 2000s but is not involved in NorBOL. “Register [the barcode] for a particular gene in each plant species, and you can discriminate them next time they are encountered,” he says, “even if it’s just a grain of pollen or a leaf fragment in a caterpillar.”

Alsos and senior engineer Marie Merkel, who are in charge of barcoding vascular plants and fungi as part of NorBOL, have already barcoded about 2,000 plant varieties, using DNA that they and their colleagues have obtained either by extraction from the museum’s archive of specimens or by going out into the wilderness. The information will ultimately be entered into the Barcode of Life Data System—an ambitious global database project initiated by Hebert that aims to document all life on Earth. So far, Norwegian researchers throughout the country have collected samples from about 19,000 species, of an estimated 60,000 in the whole of Norway. “NorBOL is making the reference library; going out and finding the genetic fingerprint for every single species,” explains Merkel. “Then you can use the library that NorBOL is creating for other projects.”

The high Arctic is like an early warning system that can tell us what can happen to other ecosystems further south.

Some of those projects entail using the data to help target conservation efforts where they are most needed. For example, a new project at the University of Tromsø Museum’s research center, dubbed IceAGenT, involves using the database, together with evidence of the Arctic biota’s responses to past climate change, to predict the effects of current and future climate change on selected species of plants.

IceAGenT is one part of a complex of university initiatives to use the data to better understand the region’s biological resilience. Researchers working on the museum research center’s ECOGEN project, for example, have been obtaining sediment samples from Arctic lakes (PLOS ONE, 13:e0195403, 2018). They then compare DNA from those samples to DNA in the barcode library. The team, which includes Alsos, has been able to use these data to reconstruct previous warming periods and the corresponding changes in biodiversity (Boreas, doi:10.1111/bor.12357, 2018).

Specifically, the researchers have shown that around 8,000 years ago, when the climate was particularly warm and glaciers in the region had begun melting, the tree line was farther north than scientists previously thought. Additionally, “the species we find there were farther north than their current limit,” explains Alsos. The barcode library could help assess changes in biodiversity associated with previous warming periods to determine if any species extinctions occurred within the Arctic ecosystems, she adds. “This is important because it shows us what to expect now.”

This ability to turn back the clock on current patterns of biodiversity can provide some powerful insight, botanist Jeff Saarela explains in an email to The Scientist. Saarela researches Arctic bio­diversity using barcoding techniques at the Canadian Museum of Nature but is not involved in the NorBOL project. “We can use present-day genetic information to reconstruct how a plant species attained its current distribution after the glaciers melted some 10,000 years ago.”

By providing such data on species’ responses to a warming climate, the significance of the Norwegian barcoding project extends far beyond the Arctic circle, notes the University of Guelph’s Hebert. “Arctic ecosystems are the bellwether for global change,” he says. “It’s for this reason they merit special investigation.”