Lily Peck entered the cryogenic freezer, clad in a face shield and thick gloves for protection against the dry ice, while a colleague watched the door to ensure it didn’t lock. The carbon dioxide and water vapor rose in clouds around her, she recalls in an interview with The Scientist, as she reached for the rack with the preserved fungal strains, careful not to burn her skin on the icy trays. Stored in glass vials, these sinister strains once presented a deadly threat to coffee and other important crop plants, but had been dormant in this freezer for as long as 50 years. Peck, a grad student at Imperial College London, was here to awaken them.

The Centre for Agriculture and Biosciences International (CABI), where the cryogenic freezer is located, has what Peck describes as a “fungal museum.” This collection of around 30,000 strains of living microorganisms, spread out through extremely cold freezers like the one Peck had entered and low-humidity preservation rooms, offers scientists the chance to go back in time to study fungal evolution. For Peck, this meant an opportunity to better understand the history of fungal disease in coffee plants—and perhaps identify new ways to beat it.

Specifically, Peck was interested in Fusarium xylarioides, a fungal species that causes coffee wilt disease in crops in Ethiopia and other countries in eastern and central Africa. This disease, which affects mainly Coffea arabica and C. robusta and was first detected in the 1920s, causes leaves to dry out, restricts water transport, and eventually kills the plant. In the 1950s, an international collaboration to reduce the spread of the disease temporarily brought the endemic pathogen under control with improved crop hygiene and breeding, according to Peck. But in the 1970s, it reemerged. Since then, the fungus has evolved into “these two very distinct post-1970 populations that we see today—one on arabica coffee in Ethiopia, and one on robusta coffee in the Congo Basin,” Peck says.

To understand how the fungus had changed over the past few decades, Peck and her team rehydrated the samples with water to reawaken a total of six pre-1970s F. xylarioides strains from the CABI collection. The team dubbed these strains, which were responsible for outbreaks of coffee wilt disease in the middle of the last century, Coffea after their host plant genus. After checking the fungal spores under a microscope to rule out contamination, Peck extracted DNA from the samples and sent it for sequencing in a lab at the University of Cambridge. 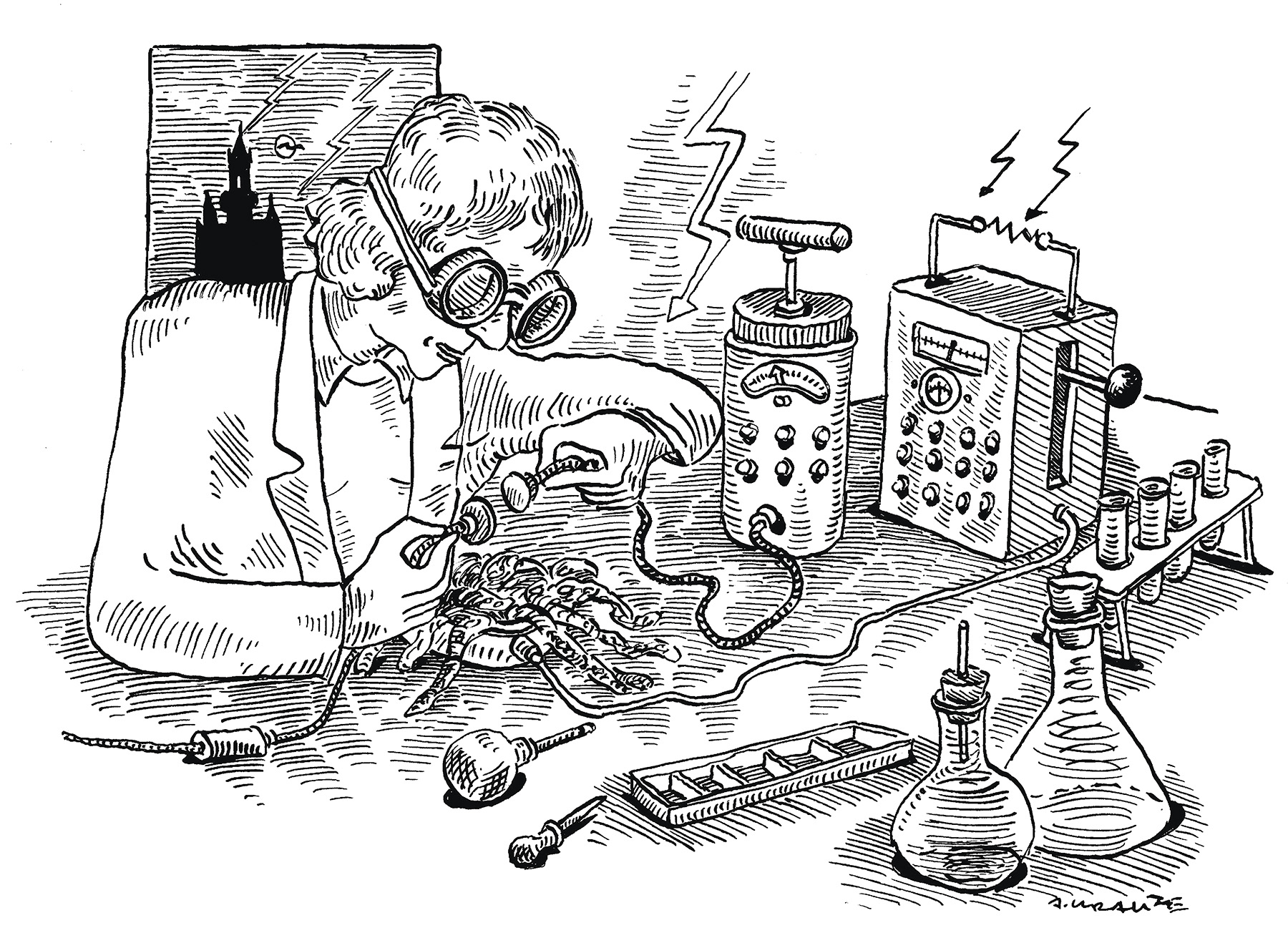 Analyzing the data from these and samples from both modern populations, the researchers found that robusta-infecting F. xylarioides bore strong genetic similarities to the preserved Coffea strains. The results suggest that “the robusta [fungal] population emerged from within a wider recombining population of [Coffea] strains from the initial pre-1970s outbreak,” Peck writes in an email, “whilst the arabica population appears to have diverged separately and shares a common ancestor with both the [Coffea] and robusta strains” of F. xylarioides.

The findings showed that the two modern populations are genetically distinct, Peck says, adding that she is intrigued by the possibility that they have evolved to be host-specific. The research also found that both modern F. xylarioides strains share genes with F. oxysporum, a fungal strain that causes wilting in banana trees, which are often interplanted with coffee crops—something that might be a cause for concern in the future, Peck says. She adds that understanding the genetics of disease-causing strains could be useful to coffee cultivators. Different fungal pathogens often rely on similar genes to bypass plants’ defenses, she notes; identifying those genes and their expression patterns might lead to novel solutions to combat malignant fungal infections.

Helen Fones, a plant pathologist at the University of Exeter who was not involved with the study, praises the researchers for the way they unraveled the evolution of the different fungal disease strains. She says she is impressed by the researchers’ use of a historical data set to see long-term changes in the fungus, and notes that the paper provides “fantastically, really strong evidence” that intercropping could promote the spread of fungal disease—findings that could help inform agricultural practices. Fones adds that it would be interesting to study how the fungus might affect wild relatives of coffee crops, which may harbor genes conferring resistance to infection that could perhaps then be bred into the crop varieties. 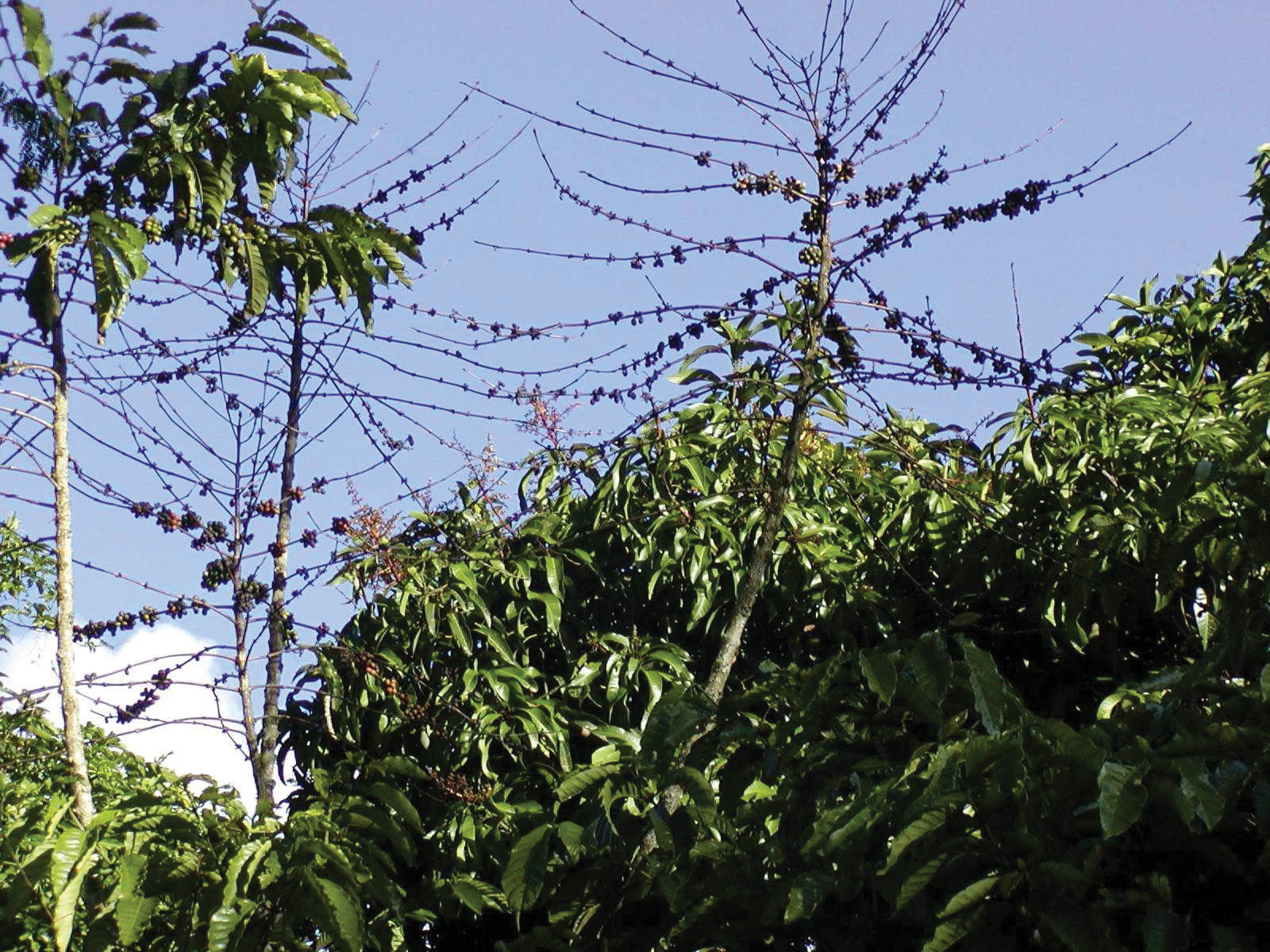 Morgan Carter, a postdoc at the University of Arizona who specializes in plant-associated bacterial-fungal interactions and who was not involved with the research, notes that the study used short-read sequencing and that long-read sequencing could provide a clearer picture of which genetic elements contribute to fungal evolution. Nevertheless, the study will help researchers think about emerging epidemics, she says. “It’s so cool to have better reconstruction of how populations have changed over large scales of time, or how an organism might have differentiated to be able to infect one plant a little bit better than another plant.”

Peck is now studying the gene expression of the half-century-old F. xylarioides strains as they infect coffee plants in a controlled environment at Imperial, and notes that it should be possible to do similar experiments with other cryopreserved specimens. “We can use this approach to study historic emergence of disease for lots of different cases,” she says, adding that she is also keen to better understand the differences between the robusta and arabica fungus types. “Are they actually different species?” she wonders. “Can we break them down into these host-specific forms, especially to try and understand where did they come from? How did they evolve?”