Meet the team trying to restore mollusk populations with the help of underwater speakers.

Ian Rose is a freelance science and nature writer who contributes to The Scientist. He studied seabirds on the coasts of the Pacific Northwest and northern Alaska, and now...

ABOVE: Oysters’ shells were made into concrete and other materials used in construction during the Industrial Revolution. © ISTOCK.COM, JOEL CARILLET

It’s been a tough couple of centuries to be an oyster. Although archaeological evidence suggests that humans have eaten and actively farmed the mollusks for thousands of years, exploitation of oysters really ramped up with the Industrial Revolution. Their meat was one of the cheapest sources of protein in rapidly growing 19th-century coastal cities around the world, while their shells were processed into concrete and other materials for constructing roads and buildings. Oyster populations plummeted, fisheries collapsed, and the once superabundant staple became a rare delicacy in less than 200 years. 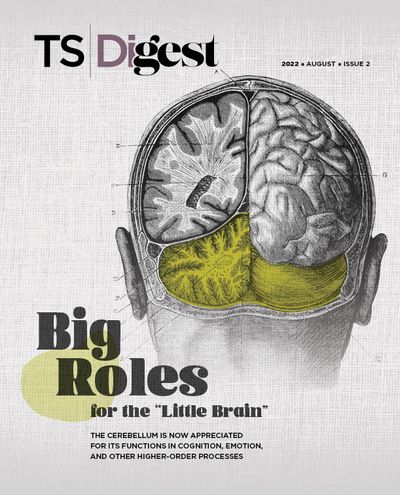 The flat oyster (Ostria angasi) is one such victim. Endemic to the waters off southern Australia and Tasmania, the species was decimated to near complete extinction during the colonial period. Where there were once vast reefs formed from the shells of generations growing on top of one another, now only scattered living individuals remain. With so few adults left in the wild, initial efforts at restoration—in which researchers construct the beginnings of reef structures on rocky, oyster-friendly terrain—have been hindered by slow recruitment of larvae to these areas. But a new study points to hope from an unexpected source: sound.

A team from the University of Adelaide’s Southern Seas Ecology Laboratories recently placed speakers on restoration project reefs, hoping that the sounds of a healthy reef ecosystem would draw in oyster larvae. There had been studies suggesting that oyster larvae in waters off North Carolina could drop vertically onto a reef in the presence of navigational cues such as sound, even though they lack ears or any obvious sound-sensing organ. But the question remained: Could they actively swim toward a sonically robust reef?

To build a potentially attractive oyster playlist, the team recorded sounds from Port Noarlunga Reef, a nearby marine protected area with healthy reefs, as well as ambient sound from oyster-free sedimentary seafloor as a control. Then, “we took this sort of leap of faith that we could put these speakers down and attract oysters,” says study coauthor Sean Connell, a restoration ecologist at Adelaide. “What we find is that we can actually increase the recruitment of oysters a thousandfold onto these reefs.”

Specifically, the team found that flat oyster larvae, which are only 170–189 μm long (about the width of a human hair), could and did orient themselves according to the playback of the Port Noarlunga Reef sound, swimming horizontally in the direction of the speakers both in the field and in laboratory tank experiments set up to allow closer monitoring of individuals’ behavior.

Oyster reefs form as the mollusks grow on a rocky underwater surface, each generation settling on the shells of the previous one.
© ISTOCK.COM, SPIDERMENT

The result has Connell excited about the implications for restoring oyster reefs, not just in Australia but across the world. However, he notes that there are many questions left to be answered about the technique’s potential. One clear obstacle to the recruitment effect is the presence of anthropogenic noise. Although some of the reefs used in the study were remote and quiet, one was located close to a busy shipping port. “Really high background noise, with motorboats, pile driving, even road noise, seems to dampen out the signal, and we don’t get an increase in recruitment,” says Connell. At such sites, “there’s no difference between our sound-boosted treatments and our controls.”

Jennifer Miksis-Olds, director of the Center for Acoustics Research and Education at the University of New Hampshire, who was not involved in the work, is not surprised that even such a tiny creature, lacking ears or equivalent organs, uses sound to orient itself. “Marine life uses sound like humans use vision,” she explains. “Acoustics is the main sensory modality for a majority of marine life, because acoustic signals travel so fast and so far underwater compared to other [signals] such as light or chemicals.”

Miksis-Olds praises the Australian team’s study on two counts. “First, they did laboratory studies which informed their field studies,” she says. “I also really liked the combination of basic science and applied science related to this study. . . . Understanding that these larvae can swim horizontally as well as vertically really contributed to our basic science knowledge, whereas using a speaker on the reef is a really great applied use of these results that will enhance conservation and restoration efforts.”

Also interested in the technique’s potential to increase oyster recruitment is Stephanie Westby, who directs the National Oceanic and Atmospheric Administration (NOAA)–led Oyster Reef Restoration Program on Chesapeake Bay. Like the flat oyster, the Chesapeake’s native eastern oyster (Crassostrea virginica) was brought to the edge of local extinction over the past 200 years, with dire consequences for other species that share the United States’ largest estuary.

Divers assist on a project designed to draw oysters back to reefs in Australia.
COURTESY OF SEAN CONNELL

“The estimates we have for the pre-colonial times in the Chesapeake Bay put us at about one percent of our historic level. And if you lose ninety-nine percent of your oysters and your oyster reefs, you’re going to lose ninety-nine percent of the ecosystem services that go along with that,” says Westby, who was not involved in Connell’s study. Those services include water filtration—a single adult oyster can filter up to 50 gallons of water every day, removing plankton and excess algae—and the habitat that oysters’ accumulated shells later provide for fish, crabs, and other marine life.

Westby says she thinks that the Adelaide team’s results could make an impact in the Chesapeake if they can be replicated with eastern oysters. “We’ve seen promising results in the southern Atlantic coast of the US anyway,” says Westby, referring to the North Carolina oyster study. Similar work in the Chesapeake by other groups is likely in the near future, she adds. “Promising all around is how I would describe it.”