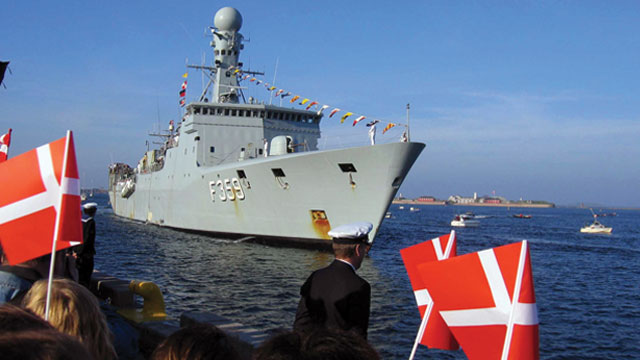 RETURN TO PORT: On April 25, 2007 the Galathea 3 expedition arrived at Langeliniekaj Terminal in Copenhagen with Crown Prince Frederik onboard.THOMAS BREDOL/WWW.BREDOL.DK/PHOTOIn 2006 and 2007, systems biologist Lone Gram sailed the seven seas—returning with a boatload of bacteria. Gram, a professor at the Technical University of Denmark (DTU), was a member of Galathea 3, a round-the-world research expedition that used a rebuilt Danish naval vessel as its mother ship. Her team took microbial samples from “anything that was brought on board—seaweed, sediment, deepwater sponges, Arctic ice fish . . .”

Gram and colleagues were on the hunt for new drugs—mainly antibiotic and antivirulence compounds. Most of our current antibacterial medicines are derivatives of compounds from microbes such as the mold Penicillium and Actinobacteria. However, our current arsenal of antibiotics is losing its usefulness, thanks to an upsurge in the number of resistant strains. Every year in...

Drug development is experiencing a sea change, looking to the ocean for potential medicines.

To find new antibiotics, researchers have explored libraries of synthetic chemicals and compounds from land-based microorganisms. But drug development is experiencing a sea change, looking to the ocean for potential medicines. “Seawater has a million microbes per milliliter, with even more potential for diversity in sediment and on-shore surfaces,” says William Fenical, director of the Center for Marine Biotechnology and Biomedicine, Scripps Institution of Oceanography. Because many marine microbes are symbiotic, they naturally produce bioactive compounds to influence the physiology of other organisms.

Gram and her research team are now exploring a collection of 1,500 marine bacterial isolates, many of which have been classified using ribosomal RNA gene sequencing. All were harvested during the Galathea 3 expedition, which was sponsored by the Danish government and named after previous marine collecting trips in 1845 and 1950. On Galathea 3, a 370-foot ship, the Vaedderen, housed more than 50 projects, studying topics from geology to history to climate change. Gram participated in several legs of the 9-month voyage, including cruises to Greenland, Australia, Antarctica, and South America. She says, “The other scientists quickly realized that our samples couldn’t be contaminated—we didn’t want to isolate Staphylococcus from the captain—so they gave us first access to everything.” 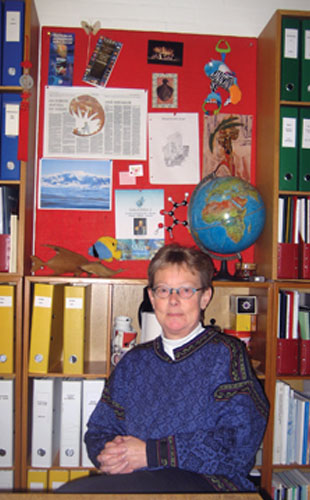 ACCIDENTAL MARINER: Systems biologist Lone Gram, shown here in her land-based office, became a marine scientist virtually overnight. Watch a presentation by Gram on her approach.CHRIS TACHIBANABefore the saltwater dried on their rubber boots, Gram’s team put their marine samples to the test. Microbes were cultured on seawater-simulating agar plates in the shipboard container that served as the microbiology laboratory. Colonies were transferred onto plates with the bacterial fish pathogen Vibrio anguillarum. At least 3 percent of all collected bacteria inhibited pathogen growth in this test. Any that passed a second screen for antibiotic activity were immediately frozen. “It was like what Alexander Fleming did with Penicillium, but more high-throughput,” says Gram.

Gram was introduced to marine microbiology through a collaboration with aquaculturists who wanted to protect fish larvae from bacterial infections without using antibiotics. She and her colleagues found that Phaeobacter gallaeciensis bacteria are probiotic: that is, they are not harmful to fish larvae themselves, but larvae fed algae laced with P. gallaeciensis are protected against pathogenic bacteria. The probiotic bacteria are in the Roseobacter clade, which is common in the ocean. Just as Gram was wondering how to get more Roseobacter to study, the Danish government put out a call for scientific projects to be conducted as part of Galathea 3.

Gram wrote a modest application to collect marine bacteria on just two of the expedition’s eighteen legs. She received a two-sentence letter granting her space on the entire journey. “I was euphoric for 12 hours,” she recalls, “then realized I’d never worked at sea; never done marine experiments; and never equipped such a project.” Nine months of frantic planning ensued. Fortunately, postdoctoral fellow Jesper Bruhn, faculty members Jørn Smedsgaard and Kristian Fog Nielsen, and laboratory manager Ellen Kirstine Lyhne, all from DTU, signed up to work expedition legs when Gram needed to be in Denmark for teaching and other faculty duties.

Back on land, the researchers figured out how to grow the microbes, then started characterizing the bioactive compounds they produced. So far, in addition to several already identified antibiotics, the scientists have identified new antivirulence compounds. These don’t kill pathogenic bacteria but reduce their disease-causing potential, for example by preventing them from producing toxins. Gram’s bacterial collection has yielded two novel compounds that interfere with the pathogenicity of Staphylococcus aureus and a third that blunts the bite of Pseudomonas aeruginosa, which is particularly dangerous for people who are immunocompromised.

I was euphoric for 12 hours, then realized I’d never worked at sea; never done marine experiments; and never equipped such a project.—­Lone Gram
Technical University of Denmark

DTU postdoctoral researchers Nikolaj Vynne and Maria Månsson are trying to spur bacteria that produce antibiotics and antivirulence compounds to diversify their output. Genetic analysis hints that some of the bacteria might harbor the ability to make additional compounds, because they have more genes for making bioactive products, such as nonribosomal peptides and organic molecule polyketides, than are required to make the molecules they currently produce. Such additional genes could just be waiting for the researchers to find conditions that unleash novel pathways.

As for Gram, her seafaring days might not be over. She is now part of an explorer-scientist network that tapped her team’s expertise for three additional expeditions, one to northeastern Greenland and two to the North Pole. “We didn’t sample humpback whales,” she muses. “Maybe we’ll get to do that on Galathea 4.”