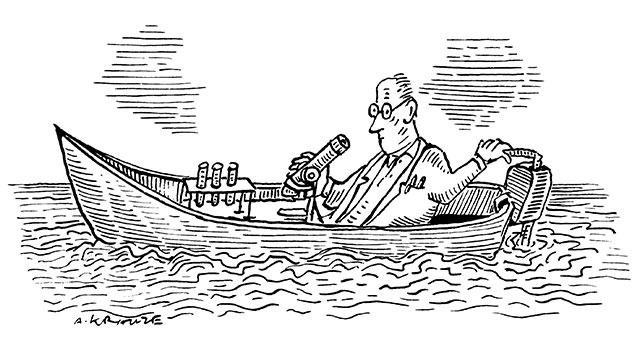 When Charles Darwin sailed on the HMS Beagle in the 1830s, he was following a well-established tradition of shipboard naturalists collecting samples of animals, plants, and fossils from ports of call to study back home. He stored his finds in a workroom in the stern of the ship and sent them to England in packages from cities along the route. These days, ship-bound biologists tend to do the same, sending their samples packed on dry ice for testing back in the laboratory. Between 2004 and 2006, geneticist Craig Venter and colleagues circumnavigated the world aboard the Sorcerer II as part of the Global Ocean Sampling (GOS) Expedition. Venter’s team collected, froze, stored, and shipped dozens of samples during the 32,000-nautical-mile voyage and upon their return, sequenced the microbes the samples contained (PLoS Biol, 5:e77.doi:10.1371/journal.pbio.0050077, 2007).

Venter and his collaborators took an impressive snapshot of the...

“As marine biologists, we’re often limited by how much time we can spend on a boat and by our ability to bring samples back,” says Malin Pinsky of Rutgers University. “Any effort to remove those limitations is a good step forward.”

Many pharmacological products are based on substances originally isolated from marine animals, and biochemists suspect that many more are waiting to be discovered if they can just devise on-the-spot ways to access and characterize the animals and bacteria that produce them. A seafaring testing lab that included a sequencer could overcome challenges most field marine biologists face, including collecting adequate samples and keeping them fresh en route to the lab. Such technological streamlining becomes even more imperative in light of the fact that many organisms are disappearing before they are even recognized as distinct species. The world loses another species every six hours, Moroz says. Coral reefs, especially, are deteriorating breathtakingly fast in the face of global climate change, pollution, and human disturbance. A mobile testing facility could help document reef dwellers before they are lost to us entirely.

“Marine biodiversity hasn’t just provided many models for biomedical research, it is really our heritage,” says Moroz. “The same time tomorrow, four species will be gone from this planet forever.”

Moroz was able to equip the 141-foot, motor-powered yacht Copasetic, donated by a University of Florida alumnus, with the help of the Ocean Research Corporation, the Florida Biodiversity Institute, LifeTechnologies, and the International SeaKeepers Society, along with funding from NASA, the National Institutes of Health, and the National Science Foundation. A next-gen Ion Torrent sequencer aboard the ship sends data for analysis to a supercomputer at the University of Florida. The Copasetic’s onboard lab is also capable of doing RNA sequencing.

Moroz has dubbed the project Ship-Seq, and earlier this year he and his colleagues took the boat out for two short trips to the Caribbean to test the equipment. Gustav Paulay, a marine biologist and curator at the Florida Museum of Natural History, joined the team. They spent about a week on the water and ran about 20 sequencing tests on a variety of zooplankton and jellyfish. The sequencers functioned admirably: the machines’ were “reasonably robust,” says Moroz, when functioning well despite the ship movement and high humidity, and even in the midst of a storm. Productivity and spirits were fairly high on the ship, Moroz notes. “Everybody feels like explorers” on the floating lab.

Ship-Seq also makes retesting in the field possible. Sequencing onboard and getting analysis back from the campus supercomputer via satellite takes a matter of hours—a short enough time for researchers to keep an animal from which they’re drawing samples alive onboard with an unlimited supply of seawater and food from its environment. For most field researchers, returning to a site to re-sample and collect comparable specimens can be a challenge. “There’s no guarantee that if you return in one year, or even the next day, that you will get the same results or capture the same animals,” says Moroz. Field researchers also often have to oversample as a hedge against samples degrading en route to the lab or tests not working. For very small or very delicate organisms, that means taking chunks big enough to kill them.

The project also opens up the possibility of bringing advanced genomic and molecular testing capabilities to scientists in countries with fewer resources, says Pinsky, who does much of his field work in the Philippines and is acutely aware of the dearth of advanced laboratory facilities there.

Todd Oakley, an evolutionary biologist at the University of California, Santa Barbara, while supportive of Moroz’s project, is less sanguine about its prospects for leveling the scientific playing field. He says the opposite might be true: that only researchers with the extravagant budgets needed to maintain equipment and reagents on the open ocean will be able to set up projects like this.

Still, Oakley says that remote locations are among the most biologically diverse, and it’s often too difficult to bring back animals or samples. Palau, an island nation in the South Pacific, is a good example. The small island nation boasts one of the world’s highest proportion of endemic marine species, but “there isn’t any dry ice anywhere in the whole country,” says Moroz.

“If the technology can be taken there, it opens up a whole new level of diversity that we can access,” Oakley says.

Moroz is planning longer voyages for the near future and is gathering funds for those expeditions. One day soon, he says, he hopes to embark on a circumnavigation, so he can sample from marine communities all over the globe.

This combination of field and lab work is “a completely different approach; we don’t want to be collectors anymore,” Moroz adds. Instead, “we would really like to take advantage of the full powers of modern biology to study rare organisms.”