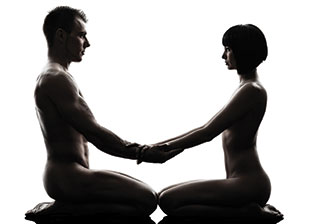 LOVE-IN: Did pharmaceutical advances fuel the 20th century’s sexual revolution?© OSTILL/ISTOCKPHOTO.COMThe sexual revolution of the 1960s unleashed women’s sexuality and  shifted their sexual behaviors away from baby-making into the realms of pleasure, love, and self-expression. So goes popular opinion, anyway. For many years, as society has looked back upon that formative decade, the prevailing assumption has been that “The Pill”—the oral hormonal combination approved by the U.S. Food and Drug Administration for female contraception in 1960—was the spark that lit the fire.

“That’s an exaggeration,” says Linda Gordon, a historian at New York University. Elaine Tyler May, a professor of American studies and history at the University of Minnesota, concurs. Despite the widespread belief, “there’s no evidence that the birth control pill caused the sexual revolution.” The scant scientific evidence that exists regarding the sexual attitudes and behaviors of the earlier 20th century paints quite a...

The pharmaceutical advances of the 20th century fell into the lap of a culture primed to take advantage of them.

Gordon points out that birth control methods started growing steadily in popularity among American women in the 1910s. After World War I, “there was a nationwide, massive birth control movement,” she says. So-called birth control leagues set up clinics across the country. States began to repeal laws against contraception, and doctors were free to prescribe vaginal diaphragms. Family sizes shrank, and extramarital sex became more common. Once the birth control pill debuted, however, it remained illegal in several states during the 1960s and was primarily used by married women, says May.

Andrew Francis, an economist at Emory University, proposes that it was a different pharmaceutical milestone of the 20th century—the discovery of penicillin—that helped drive changes in sexual behavior prior to the 1960s. In a study published last year, Francis looked at the association between, on the one hand, three metrics used to quantify risky, nontraditional sexual behavior—the incidence of gonorrhea, the number of illegitimate births, and the proportion of teen moms—and, on the other hand, the incidence of syphilis. All three of the risky-business markers began a steep climb in the early 1950s, just at the time when syphilis cases were at an all-time low (Arch Sex Behav, 42:5-13, 2013). “Syphilis would bottom out, and immediately you’d see a rise in these proxies of risky sex,” Francis says. “To me, it’s evidence that there must be something going on here.”

That something, Francis suspects, was the availability of penicillin. In the 1940s, the antibiotic was first deployed against syphilis, a potentially deadly sexually transmitted disease. “Syphilis incidence fell by 90 percent and deaths by 75 percent from 1947 to 1957. That’s staggering,” Francis says. “Very few diseases have declined and collapsed to this extent.” Because nonmarital sex was no longer so dangerous by the 1950s, Francis posits, people pursued their desires more readily.

While May agrees that the upheaval in sexual behaviors started long before 1967’s Summer of Love, she cautions against a “technological determinism” that overstates the role of pharmaceutical advances. “Pharmaceutical products have a huge impact, but they’re not causal agents,” she says. “Sexual behaviors change more as a result of social changes than any kind of technological changes.”

David John Frank, a sociologist at the University of California, Irvine, reported a few years ago that such social changes can be traced back to at least the 1940s, when laws against nonmarital or nonprocreative sex began to contract, and laws punishing sex crimes expanded (American Sociological Review, 75:867-93, 2010). These legislative changes reflect a modern view of sex whose origins perhaps lie as far back as the French Revolution, when France started retiring laws prohibiting nonprocreative sexual behaviors. “I think it’s the French Revolution that begins to break apart the monopoly of family thinking and begins to assert the primacy of individual thinking, and a shift [in perspective] from baby-making sex to individual-pleasure sex,” Frank says.

The pharmaceutical advances of the 20th century fell into the lap of a culture primed to take advantage of them. Penicillin and the birth control pill augmented the changes that were already happening, Frank says, but they didn’t cause them. Take, for instance, oral sex. It too became more commonplace during the mid-20th century. “That’s not because of the pill, or penicillin, or the condom,” he says. “It’s because we changed our way of thinking of sex.”