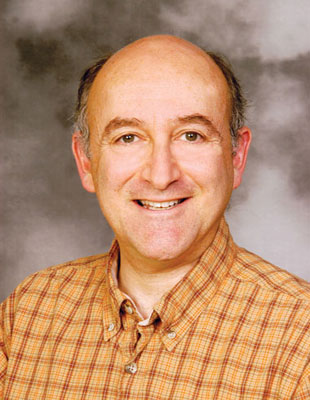 A few years ago, University of Montreal geneticist Mark Samuels feared he had hit a dead end in his search for genetic mutations behind Meier-Gorlin Syndrome (MGS)—a rare autosomal recessive disorder characterized by small ears, a lack of kneecaps, and short stature.

Samuels was studying a group of MGS patients he had deemed ideal for the study because they belonged to a population that had remained relatively genetically isolated over the past few centuries. They were the descendents of Acadians—a group of early French colonists (distinct from the Quebeçois)—who settled along the coast in Eastern Canada in the 1600s and eventually seeded the Cajun community in Louisiana after being expelled by the British in the mid-18th century.

Samuels tracked down affected families in both Canada and Louisiana, and using DNA marker-assisted mapping, he scoured their genomes for regions shared only...

Unbeknownst to Samuels, researchers in The Netherlands had been trying the same approach for years—to no avail. Ernie Bongers, a clinical geneticist at Radboud University Nijmegen Medical Centre, had been focusing on two Dutch families with a history of MGS in which both sets of parents were first cousins. Bongers reasoned that the children with MGS would be homozygous for the mutation, which she could easily spot by scanning their DNA for single nucleotide polymorphisms.

But like Samuels, she was stumped. Her team was not able to turn up any suspicious region in the patients’ chromosomes. “We thought that families would be the clue, but they weren’t,” Bongers says.

Amid their frustration, the two researchers discovered each other’s work when Samuels reached out to a patient in Canada whom Bongers had previously studied. It was a slightly awkward situation for Samuels. “There’s kind of an unspoken agreement among geneticists that we don’t poach each other’s patients,” he said. Nevertheless, Bongers contacted Samuels to commiserate. “We couldn’t help each other because there was no progress we could share,” Bongers says. Despite being stymied, they kept working at it separately.

Because he wasn’t able to pinpoint any single genomic region through his linkage studies, Samuels decided to test the hypothesis that the MGS families were carrying an assortment of mutations. He compared the DNA of three or four families at a time as opposed to eight, hoping that by narrowing the sample size, he would increase his chances of capturing shared mutations within a group of people.

The new approach finally paid off for Samuels, who pinpointed a suspicious gene (ORC4) that coded for one of the proteins that form the origin recognition complex (ORC), a cluster of proteins that binds to DNA to initiate the process of DNA replication. “It was certainly a tour de force to find it,” Samuels says. For a few weeks it seemed his group had won the race.

But Bongers, with the help of Andrew Jackson, a collaborator at the Human Genetics Unit of the Medical Research Council in Edinburgh, had arrived at similar results when Jackson discovered an ORC1 mutation in a Saudi Arabian family with primordial dwarfism, a syndrome related to MGS. Bongers and Jackson eventually linked mutations in a total of five genes to MGS, three of which code for subunits of the origin recognition complex (including ORC4), and two that code for proteins that bind to the complex before replication occurs. “These genes seem to be so fundamental in growth that in some ways, it’s remarkable that these patients survived,” she says.

Both Jackson (working with zebrafish) and Samuels (with yeast) were able to independently demonstrate that the same mutations resulted in impaired growth in other model organisms.

Then, last summer, as Samuels was finishing up his manuscript reporting MGS mutations in three genes—ORC4, ORC1, and CDT1, which codes for a protein recruited by the ORC complex—Bongers e-mailed to say she had also found MGS genes and had just submitted her manuscript to a journal.

“I was about three days away from submitting our manuscript, but I immediately got it out that day,” Samuels says. In another coincidence, both teams submitted their manuscripts to Nature Genetics. Their findings were both published in the April issue.