ABOVE: MODIFIED FROM © ISTOCK.COM, DRAFTER123

When he was a postdoc at KU Leuven in Belgium, Daniel Vigo helped analyze results from an experiment that simulated a spaceflight to Mars. Six crew members were secluded in an artificially lit, spacecraft-like facility for 520 days starting in June 2010. Part of an international project known as the Mars500 mission, the experiment aimed to assess the psychological, social, and biological effects of prolonged confinement and isolation, along with the absence of normal day and night rhythms.

That isolation, of course, was just an illusion, manufactured by the Institute for Biomedical Problems of the Russian Academy of Sciences and the European Space Agency. The simulation took place in central Moscow, where any sudden medical problems could have received immediate attention—as Vigo, now a researcher at the Catholic University of Argentina and a member of the National Scientific and Technical Research Council (CONICET), tells The Scientist in Spanish. He began wondering what would happen in a less artificial scenario.

Antarctica is an amazing opportunity, because it’s almost like a living lab.

One of the key findings from the study, for example, was that confinement—in this case in an artificially lit building—disrupted normal sleep patterns: the crew members in the Mars500 experiment had suffered from sleep problems and rapidly fell into sleep-wake routines that were out of sync with one another. But what would the story be like for people experiencing a similarly extreme living environment, Vigo wondered, without the safety net provided by a carefully controlled simulation?

Antarctica offered an obvious place to answer such a question. The harsh conditions and remoteness of the white continent make it one of the best space analogs on Earth, and its extreme seasonal changes make it an ideal setting to study sleep behavior in the absence of regular light patterns. The sun never sets from late October to mid-February, while there is no sunlight at all during the Antarctic winter from late April to mid-August.

Previous studies have shown that in Antarctica, people go to sleep later in the day during the dark winter months. Work by endocrinologist Josephine Arendt in the 1980s identified a corresponding delay in the rise and fall of blood levels of melatonin—a hormone that helps regulate sleep onset—during the winter among personnel living in Halley, a British Antarctic Station.

To learn more about how this extreme environment could affect sleep patterns, Vigo gathered support from several institutions—including the Argentine Joint Antarctic Command, the National University of Quilmes, and the Argentine Antarctic Institute—to launch a scientific endeavor to study human behavior there. The project, which Vigo supervises from Buenos Aires, has been running continuously since 2014 in the Belgrano II Base, located in Coats Land approximately 1,300 km from the South Pole. 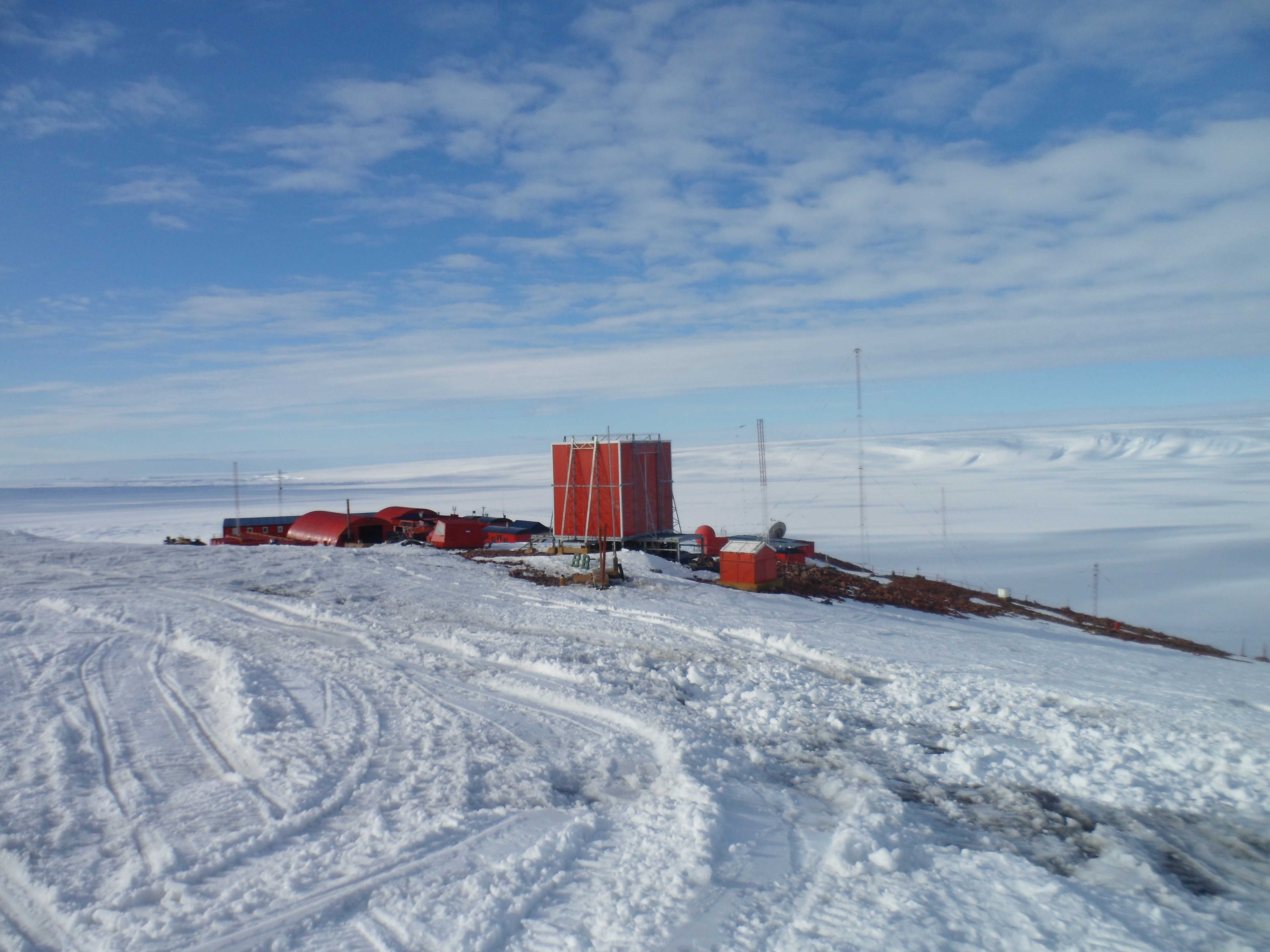 TIME FOR SHUT-EYE: Research at the Belgrano II Base in Antarctica suggests cultural habits such as napping influence how people adapt to extreme environments.
Agustín Folgueira

Accompanying the Argentine army personnel who made up the first study participants was military doctor Agustín Folgueira. In early 2014, as he made the final leg of the journey by helicopter—ships can’t dock due to the presence of a massive ice shelf—the station looked “like a black speck in an enormous mass of ice,” Folgueira recalls in Spanish. He remembers suddenly realizing that, for a year, there would be no chance of going back.

As part of his PhD thesis in Vigo’s lab, Folgueira was responsible for collecting data on the physiology and behavior of his companions during the first year of the research project. To monitor their sleep patterns, 13 men used a wrist accelerometer for seven consecutive days every two months, from March to November 2014. These devices collect information related to arm movements, Vigo explains. “Naturally, when we’re awake we tend to make a lot of movements, and when we’re asleep we tend not to—we move very little or not at all,” he says. Measuring those movements “allows us to detect periods of activity and sleep.”

Analyzing the first round of data from their project, the team reported earlier this year that the participants showed the same delay in sleep onset in darker months that had previously been observed in other research personnel in Antarctica. They also experienced a reduction in their nighttime slumber during winter, sleeping approximately one hour less than they had in March. Unlike previous Antarctic studies, however, Vigo’s research found that this sleep loss was coupled with a change in napping behavior: the Argentinians regularly took an afternoon nap at the station, but average nap duration grew from 104 minutes in March up to more than 150 minutes by the end of winter, before falling back down to around 122 minutes in November.

“It sounds like they are supplementing their nighttime sleep with having a nap,” says Siobhan Banks, a sleep researcher at the University of South Australia who has investigated the physiological and psychological effects of naps. Observing how nap length changes with season can’t be done in her lab, where studies range from a few days to several weeks, says Banks, who was not involved in the study. “Antarctica is an amazing opportunity, because it’s almost like a living lab.”

Arendt, who also did not participate in the research but reviewed the paper for publication, suggests that the lack of much prior research on napping behavior reflects cultural differences in attitudes toward the practice of daytime slumber. “It’s more of an Argentine habit to take a nap than a British one,” says Arendt. “A lot of the routine of the British base is designed [for] work during the day, sleep during the night,” which doesn’t allow much opportunity for naps. She adds that the consideration of how cultural differences affect Antarctic sleep behavior is one of the main contributions of this work.

“Cultural habits may play a big role for adaptation and how you react,” agrees Gro Mjeldheim Sandal, a psychologist from the University of Bergen who has studied human performance and adaptation in multiple extreme environments, including Antarctica, but was not involved in the current project. “As the authors pointed out, the majority of the studies . . . had been based on American or Western subjects. So this adds to the literature in a very important way.”