Earlier this year, physician Edward Greeno discovered that one of his patients had missed a dose of capecitabine, the oral chemotherapy drug he had prescribed to treat her colorectal cancer. But he didn’t find that out during one of her regular visits. Instead, he’d gotten a notification from an app that kept track of when she took her pills, based on data collected from the pills themselves.

Greeno, a professor of medicine at the University of Minnesota, is heading up a pilot program offering orally administered capecitabine to colorectal cancer patients in partnership with Proteus Digital Health, a company that produces miniature sensing technology. Each pill contains one of the company’s sensors and can record when it’s ingested—a trick that Greeno and his collaborators are hoping will help doctors ensure that patients are taking their medication safely.

Capecitabine used to be available only as...

This has changed how doctors treat colorectal of cancer patients, Greeno tells The Scientist, because not everyone takes drugs as prescribed. Many patients are over-compliant—they stick with prescribed doses even when the side effects have made them too sick, while others are under-compliant—they fail to take the medication on a regular basis. This information is essentially invisible to doctors, who may not find out until a few weeks after the fact. 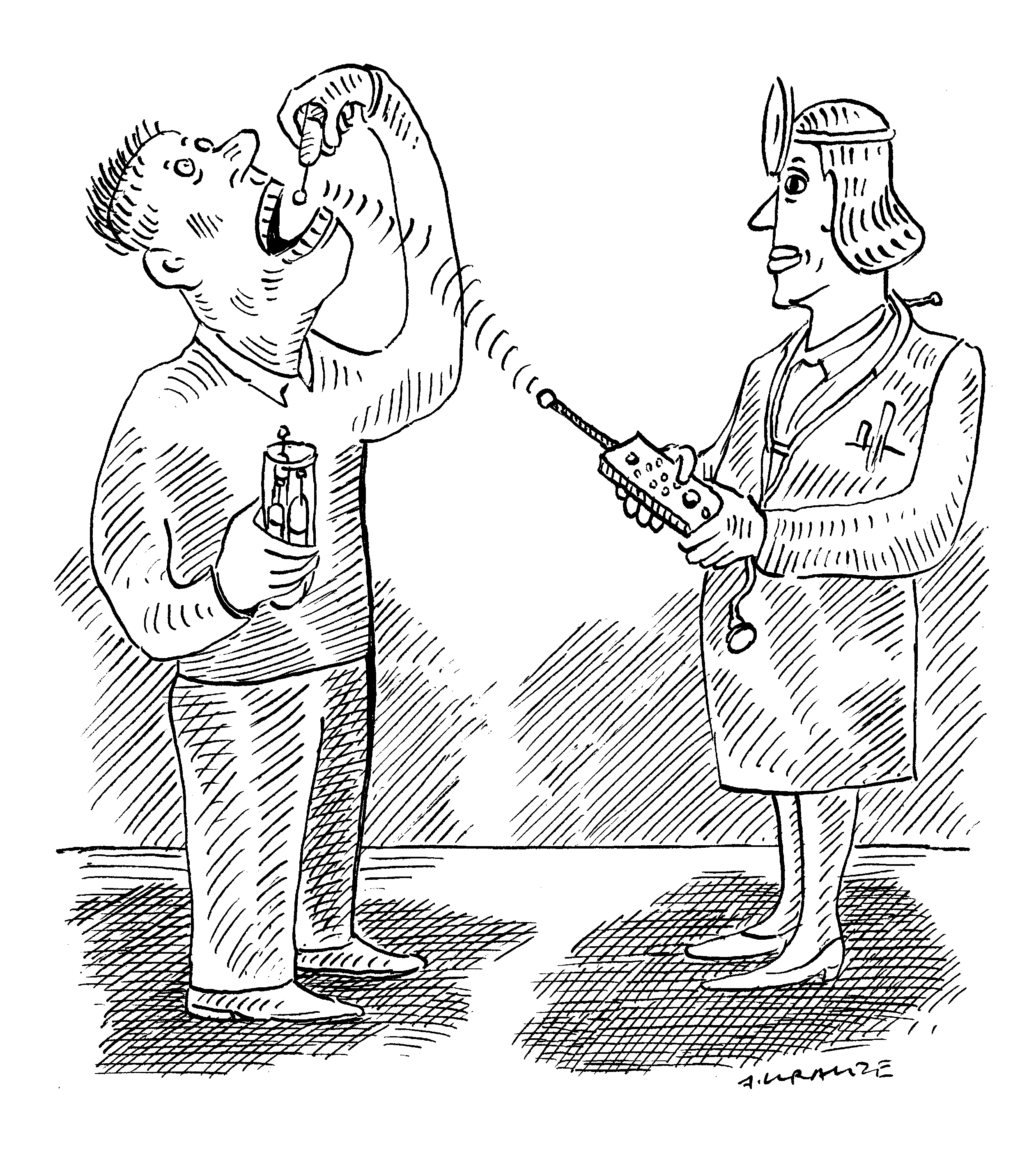 Recognizing this situation helped spur Greeno to collaborate with Proteus beginning in 2018. The California-based company had already developed the sensing technology behind Abilify MyCite, a digital pill for psychiatric patients containing the antipsychotic drug aripiprazole and an acid-activated sensor, commercialized by the pharmaceutical company Otsuka, that reacts with fluids in the stomach when the outer coating of the pill dissolves.

The sensor received approval as a medical device by the US Food and Drug Administration (FDA) in 2012. Upon activation, the device sends a one-time signal to a receiver patch worn on the torso of the patient and is subsequently broken down by the digestive system. The patch can also track heart rate, steps taken, and other health-related metrics. The patient can see in a mobile app what time they took each pill, and all the data is shared with their doctor and anyone else the patient grants access to.

Greeno wanted to try to apply the approach to chemotherapy. He says he was worried that patients wouldn’t be willing to participate in the program, which involves taking an oral capsule containing both the sensor and capecitabine, but everyone whom he has asked—about a dozen patients so far—has agreed. The pilot program, run by the Minneapolis–based nonprofit Fairview Health Services in partnership with the University of Minnesota, has been running since September 2018, and as of May 2019, seven or eight patients are actively taking the smart pills, while the rest have already completed treatment.

Greeno says he hopes to recruit more, and is planning a clinical trial to assess the clinical outcomes for patients taking the smart pills versus regular pills. The treatment is covered by Fairview, so neither patients nor insurers face increased costs, Greeno says. “I’m already frustrated because we’re not doing this for everybody.”

University of Connecticut pharmacist Charles White, who is not involved with the program, notes that the pills could provide doctors with valuable data about when a patient isn’t sticking to a treatment regimen—and why. Patients may not adhere to their treatment regimens for many reasons: they may have so many drugs to take that they cannot recall which ones they have taken, they may not understand why they need certain drugs, or they may not want to suffer the side effects associated with a treatment. “Sometimes it is a conscious choice,” White says. There may also be financial constraints; the patient may not fill the prescription because they can’t afford the copay. White says that smart pills could help start the conversation among patients, physicians, and pharmacists about these obstacles.

But there are practical issues to be addressed before this technology can be widely distributed, says Siu Fun Wong, a pharmacology and oncology researcher at Chapman University in Orange County, California, who is not involved with the program. According to Proteus, its sensors have two possible routes to the clinic. The first is through partnership with a pharmaceutical company willing to embed the sensors into drugs it has developed—a route that requires FDA approval for each drug. The second is for pharmacists to manually encapsulate drugs with Proteus’s sensors—an option that requires time and labor for the pharmacy filling out prescriptions. Both approaches entail complex agreements between Proteus, health systems, and pharmaceutical companies before the technology can reach patients.

Additionally, it’s unclear whether the company can meet demand for producing and distributing the sensors—or whether it’ll be able to guarantee a consistent standard of production. “I think the technology itself is very sound, but I think it could use some testing over time to make sure quality can be sustained,” Wong tells The Scientist. She adds that co-encapsulation of drugs and sensors at pharmacies needs to be done by hand—just 100 pills could take 30 minutes, and for patients who need multiple medications, that could be less than one week’s supply of pills.

The ethics surrounding this technology could potentially get complicated if, for example, records showing that a person has been skipping their antipsychotic medication could be used to discredit their testimony in a court case, White says. “Whenever you have any of these [technological] advances, it could be used in a way that really enhances patients lives—or it could be used in a way that invades their privacy and takes away their dignity as people.” Proteus, for its part, has committed to keeping the data secure. “We fundamentally believe that this data is the patient’s data,” says physician Scooter Plowman, senior medical director of Proteus.

Plowman is hopeful that the sensor technology will be embraced by physicians and pharmacists. In Proteus’s current pipeline, the company has drug-sensor combos involving medications for high blood pressure, HIV, and tuberculosis. Because the cost of the sensor would not be borne by patients but by health systems, smart pills could encourage a move towards more-effective use of medications, he adds. “It’s tools like this actually that . . . I think can help to grow a much broader and stronger partnership between physicians and pharmacists.”

Correction (August 23): This article has been corrected to say that Otsuka, not Proteus, was responsible for commercializing MyCite Abilify. Proteus provided the sensing technology. The sensor records when it is ingested, not digested as originally written, and the technology is only being used with proven drugs, not experimental drugs. The Scientist regrets the errors.