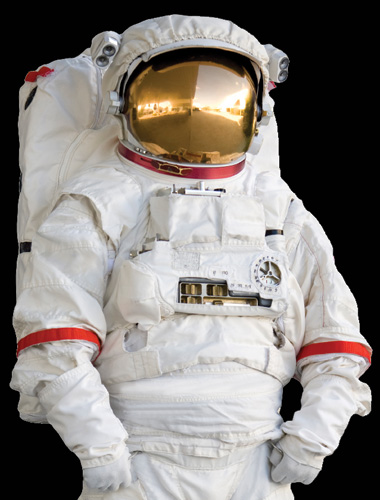 DANGER PAY: Not only do they have to brave the perils of leaving Earth, astronauts can also be prone to developing kidney stones (above) and other ailments during extended stays in space. ISTOCKPHOTO.COM, PGIAM

In November 1982, Soviet cosmonaut Anatoly Berezovoy, floating 475 kilometers above the surface of the Earth aboard the Salyut 7 space station, was seized by a sharp and sudden pain in his left side. For a couple of agonizing days, Berezovoy, who had spent more than 180 consecutive days in space, bent double in intense pain as crew member and onboard engineer Valentin Lebedev watched in distress.

Fearing that the cosmonaut was suffering from appendicitis, Soviet space program officials began preparing for a costly emergency evacuation. But just as they were getting ready to launch the rescue, Berezovoy passed a small kidney stone, and his symptoms dissipated.

Although kidney stones are commonplace on Earth—1 in 10 people get one over the course of a lifetime—they pose “a very real threat in space flight,” says Jonathan Clark, a neurologist at the National Space Biomedical Research Institute (NSBRI). Astronauts have a higher risk of developing the renal condition because the gravitational forces that stimulate the deposition and building of bones are not active in microgravity environments. As a result, bones demineralize, releasing calcium, phosphate, and other salts into the bloodstream. These salts ultimately concentrate in the kidneys, where they can crystallize into “stones.”

This risk is compounded by the fact that astronauts in the microgravity of space experience a decrease in plasma volume and often do not drink the approximately 2 liters of water necessary to stay fully hydrated, explains Jeffrey Jones, a urologist at Baylor College of Medicine and a former NASA flight surgeon. This decreases the likelihood that stones will get excreted in the urine, thus increasing the risk that they will continue growing to sizes that require surgical removal.

There have been at least 14 kidney-stone cases documented in US astronauts. Luckily, they all occurred shortly after they returned from space. But as NASA gears up for longer, exploratory manned missions beyond the Moon, the kidney-stone problem will only become more threatening.

For the past decade, the agency has been testing commercial ultrasound machines aboard the International Space Station (ISS) for monitoring a wide range of physiological processes in astronauts. “Ultrasound is so lightweight, so easy to use, and it doesn’t introduce any kind of radiation,” says Dorit Donoviel, deputy chief scientist at NSBRI. “It’s the modality of choice for doing diagnostics and all kinds of things in space.”

With funding from NSBRI, engineers Michael Bailey and Larry Crum of the Applied Physics Laboratory at the University of Washington have been adapting the diagnostic imaging tool for detecting kidney stones. Over the past 3 years, they have developed a prototype ultrasound machine the size of a desktop computer that can be used not only to spot small kidney stones, but also to apply short bursts of sound waves that push the stones out of the kidney.

“Most urologists usually send patients to an imaging clinic where an X-ray technician does the imaging of their kidneys,” Bailey says. “We wanted to make a faster and easier way to detect these stones.”

Using custom-built, user-friendly software dubbed “Rolling Stones,” the researchers can image kidney stones using the standard ultrasound black-and-white “B” mode, which creates an image of the anatomy, or the Doppler mode, which because of acoustic signals unique to kidney stones, shows them “twinkling.” Combining and tweaking these, the team developed a new imaging algorithm, called “stone mode,” which can display a stone in color against the black-and-white background of its anatomical location.

“With our technology and imaging modality, we can now see stones much easier and [see stones that are] somewhat smaller than [those in] an ordinary ultrasound grayscale image,” says Crum.

Importantly for NASA and future space flight missions, the equipment Bailey and Crum developed has an open-architecture—meaning they can adapt the hardware and software at will. “In space, it’s not just about delivering health care, we’re also trying to do research to understand some fundamental biology,” Donoviel says. “It will be nice to have an ultrasound capability that can be variable if we have additional needs in the future.”

Ultimately, the goal is to have a single ultrasound machine aboard future NASA spacecraft that can image anything from internal organs to eyes, teeth, bones, and muscles by switching probes or different software modalities.

Rolling Stones is expected to enter human clinical trials this year, pending FDA approval. Once it’s proved safe for use in humans, it will take another 1 to 3 years to adapt it for space travel.