By measuring various pollutants in the immediate vicinity of pregnant women and tracking brain development of their children, researchers in Barcelona aim to untangle any influence the former has on the latter.

ABOVE: Researchers are investigating the effects of pollution in cities such as Barcelona (pictured) on the health of pregnant people and their children.
© ISTOCK.COM, IMV

For two days in June 2020 and another two days that October, environmental epidemiologist Ioar Rivas wore a special backpack whenever she left her home. As she rode her motorbike to the lab, or picked out fruits and vegetables at the grocery store, an air pump on one shoulder strap hummed quietly, while a tube on the other passively sampled the environment. “People look at you like you are carrying something weird [that is] making some noises,” she recalls of the experience. “They don’t understand what is going on.”

Rivas was (and still is) taking part in a research study aiming to measure how much air pollution pregnant people are exposed to, and to identify associations between those pollutant levels and the neurodevelopmental outcomes of their children. She recalls having her baby’s brain examined during an ultrasound in her third trimester, and later nursing her one-month-old son to sleep before placing him in an MRI machine for further scanning. Rivas is not just a study participant; she also happens to be a scientist involved in the project, working as a postdoc in the lab of the study’s director, Jordi Sunyer, a developmental epidemiologist at the Barcelona Institute for Global Health (ISGlobal). 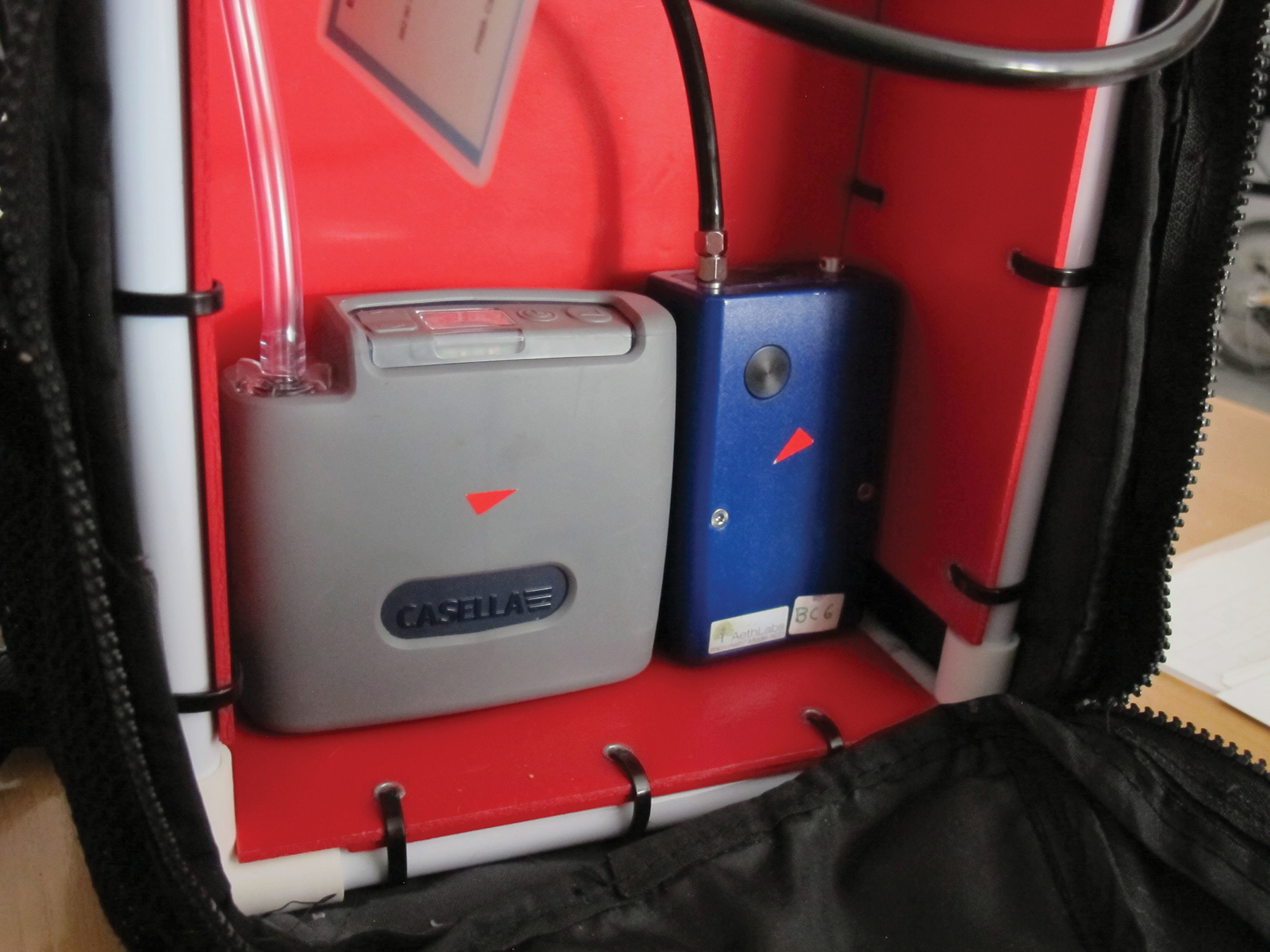 “We are . . . looking into the brain development of the fetus,” says Rivas. “We would like to study how the exposure during the pregnancy is really affecting the brain.”

The project, called the Barcelona Life Study Cohort (BiSC), is a follow-up to a study of school-age children that identified correlations between kids’ neural activity and the levels of air pollution they were exposed to in classrooms and on the playground—children with higher exposure showed brain activity patterns typical of younger kids, Sunyer explains. But the researchers didn’t find any structural differences in the children’s brains. The kids in that study were age seven to nine years, so their brains were more than 90 percent developed, notes Sunyer. “Our question is: What would happen . . . if air pollution exposure occurs early in life, during the prenatal life, when the [development] of the brain is much faster?”

For more than a decade, research has been uncovering potential negative effects of exposure to air pollution on neurodevelopment. In 2009, for example, a group of researchers at Columbia University linked higher in utero exposure to one type of air pollution, polycyclic aromatic hydrocarbons (PAHs), with reduced IQ at age 5. Since then, Sunyer notes, longitudinal studies from numerous countries have similarly found an association between exposure levels and reduced intelligence or mental functions. Preliminary data from various research groups have also revealed an association between prenatal air pollution exposure levels and risk of behavioral syndromes such as autism spectrum disorder, although there the results are less consistent, Sunyer says.

To better assess the potential influence of prenatal exposure on neurodevelopment, Sunyer’s team launched BiSC in mid-2018. Although COVID-19 has complicated some of the project’s data collection, the team has nearly completed its planned enrollment of 1,200 pregnant people, who for two days during their first or third trimester (or two days during each, as Rivas did), will wear the air pollution–detecting backpacks whenever they leave their homes. Around 500 early participants in the study carried backpacks fitted with a tube for sampling NO2, a monitor for black carbon, and an air pump attached to a filter that captured particulate matter 2.5 micrometers in diameter or smaller (PM2.5). They also wore smartwatches to monitor their activity and vitals. The backpack required some setup, though, so once pandemic-related lockdowns prevented researchers from entering participants’ homes, participants simply wore the NO2 tube and the smartwatch. 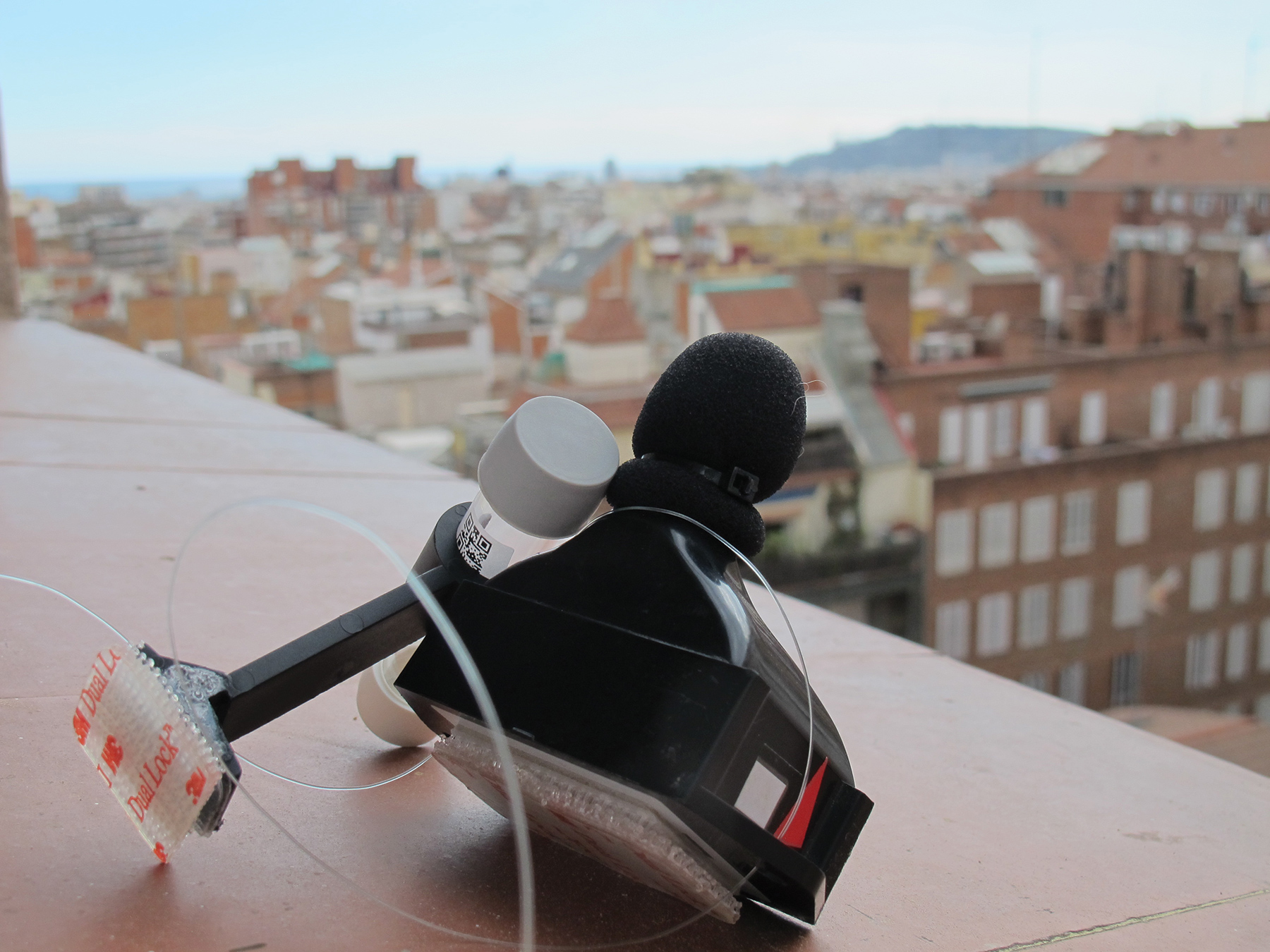 Outside the homes of study participants, researchers placed a sonometer to capture ambient noise and a tube to measure NO2.
PAU RUBIO / ISGLOBAL

“It’s these kinds of studies that help you tease apart what’s contributing to the exposure,” says Rima Habre, an environmental health scientist at the Keck School of Medicine of the University of Southern California. Habre is the director of exposure assessment and a project lead at the MADRES Center for Environmental Health Disparities, where she and her colleagues have similarly been collecting personal exposure data of pregnant people—using a purse-like design, rather than a backpack—and tracking health outcomes of both mothers and children. With regard to the BiSC program, she adds: “It’s really nice that they’re starting early and that they’re doing this very personal exposure assessment and . . . this very cutting-edge neurocognitive assessment. . . . That’s very innovative and probably unique as far as I know.”

Emory University environmental and reproductive epidemiologist Audrey Gaskins agrees that the BiSC cohort study will generate valuable data for understanding the link between prenatal air pollution exposure and neurodevelopmental outcomes in babies and kids, but notes that assessments also need to be made at an even earlier stage: pre-conception. Her research has shown that higher levels of air pollution are associated with lower fertility among people undergoing assisted reproductive technologies, suggesting potential toxic effects on the ovaries, and it remains an open question whether there could be any effects of pre-conception exposure on the offspring themselves.

“We think a lot of these air pollutants have a specific negative effect on the ovary, and particularly we think it might be affecting the epigenetic signature of the egg,” she says. “So that again might have downstream consequences for neurodevelopment. . . . Does air pollution have an impact on the epigenetic profile of the egg, and can that translate to outcomes even in childhood?” 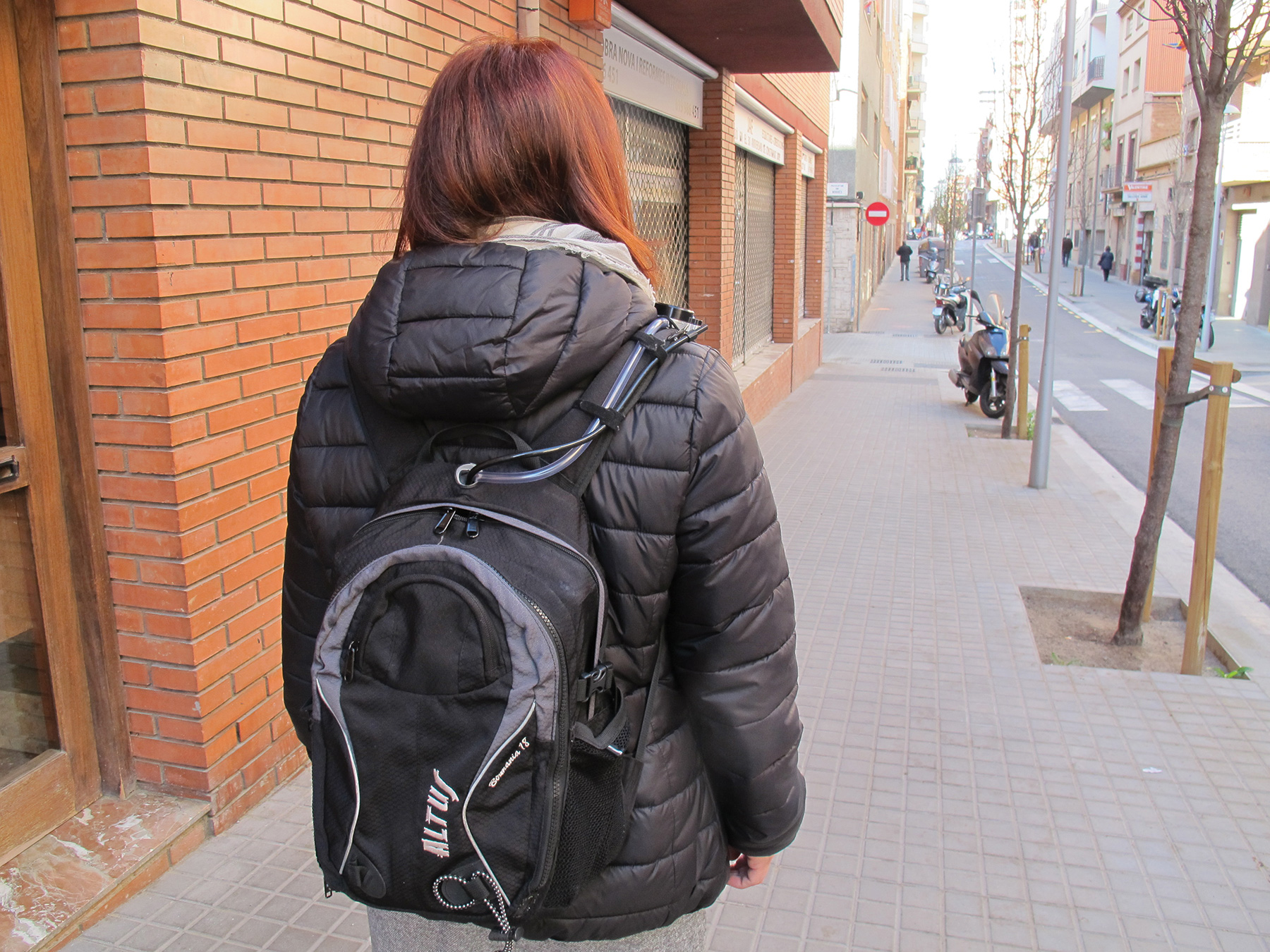 The answers to this and many other questions about the influence of air pollution of brain development are outstanding. Rivas, Sunyer, and their colleagues have yet to publish results from BiSC, and specifically from the AirNB part of the project focused on fetal and early-life neurodevelopment. So far, Sunyer says, the team can see that personal levels of exposure are highly variable, and that “a high proportion of pregnant women in Barcelona have high levels of exposure to air pollutants,” but he doesn’t anticipate that the group will finish collecting and analyzing the neural data until later this year.

Going forward, it will be important to examine when during pregnancy the fetus is most vulnerable, as well as to identify possible mechanisms by which air pollution might influence fetal health, says Ferran Ballester, a public health researcher at the University of Valencia who is not involved in BiSC. “It is also very important to look at the nature of the exposure—which . . . pollutants or characteristics are playing a role in the potential detrimental health effects,” he adds. “All of the above will help not only to increase knowledge on the relationship, but more importantly, to develop actions and measures to prevent potential harm.”

In the meantime, evidence is building that air pollution exposure may have adverse effects for birth outcomes generally—so much so that it’s time to act to monitor and limit those exposures, argues Bruce Bekkar, a retired clinician who is now a full-time climate change activist. Last year, Bekkar coauthored a systematic review on the link between air pollution exposure and birth outcomes; although the studies varied widely in their methodology and outcome measures, the research strongly pointed to increased rates of preterm birth, lower birth weight, and stillbirth among people with high exposures, he says. “We felt that [there was] strong evidence of association, and also ample reason to think that this was cause-and-effect and not just a statistical association. . . . We have enough data to start taking action.”

With respect to her own pregnancy, Rivas says that she didn’t worry too much about her exposure to pollution because Barcelona was in lockdown as a result of COVID-19, and the levels of air pollution in the area were very low as a result. She now lives in an area with very little road traffic, she adds, which also eases her mind regarding any exposures her infant son may have. Still, she notes, “I try to avoid streets with high levels of road traffic.”