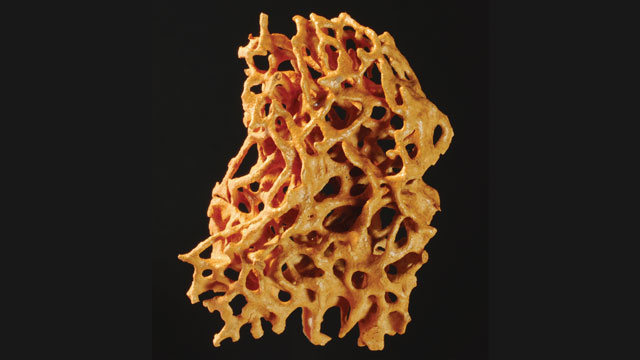 Termites are among a select set of animals that can efficiently digest cellulose. They feed on wood and other plant material with the help of symbiotic microbes that dwell in their guts. But termites are also under a near-constant threat of being wiped out by entomopathogens, pathogenic microbes and fungi that target insects. Some subterranean species of termites, which form highly complex, socially structured colonies, have devised ways to keep novel diseases at bay on both the individual and community levels. From an evolutionary standpoint, one of the most interesting defense strategies employed by Formosan subterranean termites (Coptotermes formosanus) is that they build and live in nests that are lined with their own feces. And researchers are learning that these poo-laden dwellings, where termites mingle with pathogenic and...

It has become increasingly clear that “termites can control bacteria somehow,” says Gregg Henderson, an urban entomologist at Louisiana State University (LSU). “There’s a fine line: they’re using these [microbes] in the nest that are benefitting the termites, but at the same time, they could be very detrimental.”

From an economic standpoint, Formosan subterranean termites, which have been introduced worldwide from their native range in East Asia, represent some of the world’s most formidable pests. These insects cause an estimated $1 billion in damage every year in the U.S. alone, according to the Department of Agriculture. Urban entomologists and pest-control firms have tried myriad measures to keep subterranean termites from destroying property. But neither baiting nor exterminating—whether chemical or biological—has proven successful over the long term.

“For many years, hundreds of scientists all around the world have been trying to use fungal pathogens for the biological control of termites,” says Thomas Chouvenc, a research associate at the University of Florida’s Ft. Lauderdale Research and Education Center. “It can work in the lab . . . but the reality is, when you try to extend this to a field colony, it fails.”

A waxy outer covering called the cuticle is an individual termite’s first line of defense, providing a physical shield from pathogens, while the insect’s saliva contains antibiotic compounds. Social and hygienic behaviors also play protective roles. In addition to regularly grooming themselves, termites also bury or eat their dead to keep the colony clean and prevent the spread of infections. But even when they are directly exposed to entomopathogens within their nests, the termites survive.

Chouvenc and his colleagues are studying the underground nests of C. formosanus in Broward County, Florida, to determine why biological-control approaches continually fail. These nests are composed of what’s called carton material, which is made  of digested wood fragments and feces. The poop helps cement the plant material together into a uniform, sponge-like structure. It also provides extended disease resistance to the termites, hosting a community of beneficial Actinobacteria that reduces the chance for entomopathogens to invade the nest, the scientists found.

“We thought that maybe this fecal lining that surrounds them might promote the growth of something else that assists them,” Chouvenc says. And so he and his colleagues collected carton material to find out.

To culture hard-to-grow microorganisms from the field nests, the scientists prepared special agar supplemented with an extract of carton material from a lab-grown C. formosanus colony and then plated it with material from five field nests. They then isolated individual Actinobacteria-like bacterial colony-forming units from the novel growth medium and subjected each to 16S ribosomal DNA sequencing. From there, the team tested the antimicrobial activities of these bacterial species against two fungal entomopathogens, Metarhizium anisopliae and Beauveria bassiana, and found that certain Actinobacteria—such as the Streptomyces strain #2338—were indeed protective. These beneficial microbes would ostensibly “prevent any pathogen from having a chance to survive in the termite nest,” says Chouvenc.

The researchers also showed that when the entomopathogenic fungus M. anisopliae was introduced into lab-cultured carton material containing Streptomyces #2338, fungal growth was reduced by more than two-thirds in six weeks, while the bacteria’s growth was unaffected. When added to carton material devoid of the bacterial strain, however, M. anisopliae thrived. It also thrived in the presence of a different but equally prolific Streptomyces strain. Chouvenc and his colleagues concluded that Streptomyces #2338 has a direct negative effect on M. anisopliae growth in termite carton material, and that the mechanism of its effect is chemical interference, not competition (Proc R Sci B, 280:20131885, 2013).

“The current findings . . . extend the knowledge of disease resistance among termites,” says Abid Hussain, an urban entomologist at King Faisal University in Al-Hassa, Saudi Arabia, who was not involved in the work. While other groups had previously identified antimicrobial properties of termite carton material, Hussain says that Chouvenc and his colleagues have taken a further step by identifying “the role of Actinobacteria in disease resistance.”

But simply targeting these protective nest species is unlikely to solve the termite pest problem. “The challenge is tweaking the system,” says LSU’s Henderson, who was not involved in the work. Actinobacteria, he notes, are only a piece of the termite protection puzzle. “We have a lot of information—15 years plus of research that has been working toward . . . eliminating chemicals altogether and using biological control agents,” he says.