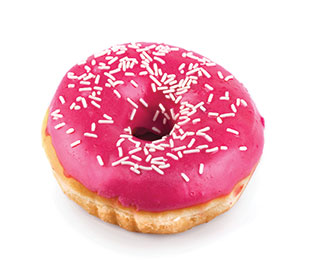 Physician Guenther Boden of the Temple University School of Medicine and his colleagues had recruited the men to investigate how overeating leads to insulin resistance, which in rodent models happens quickly and dramatically, well before the animals gain much weight. Researchers had proposed several possible mechanisms, including elevated levels of fatty acids; inflammation; endoplasmic reticulum (ER) stress; and oxidative stress. “If you look at people who are obese and insulin resistant, you find all sorts of...

Every day, the researchers weighed the men and drew their blood; before and after the week-long binge, they biopsied fat tissue from the participants’ thighs. Then, the research team analyzed the samples for signs of insulin resistance as well as increased fatty acids, inflammation, ER stress, and oxidative stress.

If you look at people who are obese and insulin resistant, you find all sorts of abnormalities that could explain the insulin resistance. What no one knows is how the whole thing starts.—Guenther Boden,
Temple University School of Medicine

The high-calorie diet worked as planned, with participants already showing signs of insulin resistance by day two. By the end of the week, the men showed a 50-percent decrease in their insulin-stimulated glucose uptake. (They also gained an average of 3.5 kg, all of it fat.) Then it became a question of what was causing the problem. Fatty acid levels didn’t go up; in fact, they went down slightly. A survey of five proinflammatory cytokines also ruled out inflammation as a cause. And there were no signs of increased ER stress in biopsied adipose tissue. “So I’m pretty sure that none of these three had anything to do with this massive insulin resistance,” Boden says. “What we did find was that oxidative stress went up. And not only did it go up, but it went up exactly at the same rate as insulin resistance went up.”

Looking more closely at the biopsied fat tissue, Boden’s colleague Salim Merali, a professor of pharmaceutical sciences at Temple, found that dozens of proteins related to production or detoxification of reactive oxygen species (ROS) were upregulated (Sci Tran Med, 7:304re7, 2015). In addition, the researchers saw widespread oxidation and carbonylation of numerous proteins, suggesting that ROS production had gone up, but that the cells’ antioxidant machinery was not sufficient to compensate. Clearly, the oxidative stress was having an effect in the study participants.

But was oxidative stress the root cause of the insulin resistance the participants were experiencing? One possible mechanism by which oxidative stress could translate into insulin resistance, the researchers reasoned, is oxidation of the glucose transporter GLUT4, which moves from intracellular vesicles to the cell membrane as a result of insulin signaling. Merali’s group isolated GLUT4 from the fat tissue samples and examined its structure. Sure enough, the team saw posttranslational modifications of the transporter, including carbonylation, which is known to cause protein cross-linking and to affect protein function. “There were at least four spots where there was oxidation and carbonylation of the molecules, and they were in places where we think the glucose pocket of the molecule is,” Boden says. “That would be a really very logical mechanism by which oxidation can cause insulin resistance—you simply make the glucose transporter dysfunctional.”

“GLUT4 carbonylation is the big story here,” says Anderson. “Ultimately, it’s glucose transport that matters. . . . This was a very nice proof of concept in humans that this is definitely a part of how a [high]-calorie diet leads to insulin resistance.”

Cell biologist Peter Strålfors of Linköping University in Sweden questions whether the 6,000-calorie-a-day diet is a realistic way to model the development of insulin resistance in overweight individuals. “Since this is an extreme overeating over a short time, you can’t say really what it means for the normal development of obesity and insulin resistance, which affects so many people in the world.”

Moreover, Strålfors adds, the study participants were forced to be totally inactive. “I would have liked to see them continue their lives like normal,” besides the overeating, he says.

“There’s no question that there was an additive effect” of the high-calorie diet and the lack of exercise, agrees Anderson. But he notes that such extreme inactivity is not all that uncommon in the U.S. “We’re really an inactive society,” he says. “There’s an awful lot of people who don’t move very much.”

Boden and Merali hope to explore the role of exercise in the development of insulin resistance—and, specifically, its effect on the glucose transporter—in future studies. It’s not a simple relationship, Boden notes. While exercise increases caloric expenditure, it can also lead to the production of more ROS. So there’s “controversy over whether exercise could potentially make it worse.”