Seven miles uphill from the nearest road, on the southern end of Yellowstone National Park, lies Heart Lake Geyser Basin, home to multiple hot springs but far from the typical tourist itinerary. Four years ago, Washington State University graduate student Abdelrhman Mohamed and several colleagues made the trek up, food packed in jars to avoid attracting bears, on the hunt for new bacterial species in the alkaline waters of the springs. Specifically, Mohamed was looking to sample species that were electrically active—that is, bacteria with metabolisms that depend on either donating electrons to or receiving them from their environment.

A 2016 review of studies carried out around the world identified 94 species of electrically active bacteria, but only a couple, Geobacter sulfurreducens and Shewanella oneidensis, have been thoroughly scrutinized, leaving many open questions about electrically active bugs. For example, Mohamed notes, G. sulfurreducens and S. oneidensis use different mechanisms to pump electrons out, but it’s not known whether their evolutionary histories are intertwined. “The more we know, the more bacteria we isolate, probably the better we can reconstruct how this phenotype evolved over time,” he says. There could also be more-pragmatic benefits to finding electrically active microbes: some engineers hope to harness the bacteria for uses such as manufacturing chemicals or generating electricity from waste.

Mohamed and his advisor Haluk Beyenal, a bioengineer, suspected the unusual environments in Yellowstone’s pools might be harboring some of these bacteria that can take up or churn out electrons, so they set out to find a better way of capturing the microbes. Existing commercial devices called potentiostats can pump in or out electrons with a researcher’s chosen potential, or energy level, and can be used to enrich samples of bacteria in the lab by attracting the electrically active organisms to cluster on probes. But because the water in hot springs tends to have low levels of biomass, the bulky devices are impractical: they’d require gallons of spring water to collect enough of each electrically active species for researchers to study. The process also requires researchers to keep their lab conditions close enough to those found in the microbes’ home to keep them alive, which can be difficult or impossible when the species in a sample, and their preferred living conditions, aren’t known.

The team may have brought home new types of electron-pumping bacteria.

Mohamed and Beyenal’s approach was to make a smaller, more portable potentiostat by building a device that lacked some of the functions of the commercial versions, such as quickly switching potential levels and measuring very high or very low currents. The portable device also used less power, so that it could feed off a battery. They hoped that by using the probes as bait in the Yellowstone pools, they could get electrically active bacteria to glom on to the surfaces and then carry them back to the lab, without the need to cart back large volumes of water.

Back in the lab, the team found that their potentiostats appeared to have successfully enriched microbe concentrations: probes with current had a greater volume of DNA on them than did the controls. And the electron-donating probes proved most popular with the microbes, indicating that electron-accepting bacteria may be more abundant than electron-donating bacteria in the springs, the authors surmised (J Power Sources, 414:547–56, 2019).

Not surprisingly, the electron-donating and electron-accepting probes also differed in the dominant classes of bacteria they attracted. None of those classes were previously known to contain any electrically active species, indicating that the team may have brought home new types of electron-pumping bacteria. But there’s more work to be done to characterize the probe-captured bacteria and to see what they can do, says Mohamed, who graduated earlier this year but still works at WSU.

Indeed, notes Ken Noll, who studies thermophilic microbes at the University of Connecticut and was not involved in the study, the results show that the potentiometer enriched the microbial community on the probes, but not that the members of the community necessarily have electrical activity. “It’s not entirely clear” what was causing these particular microbes to accumulate on the electrodes, he says.

Nevertheless, the study is “exciting work,” Noll tells The Scientist, as it demonstrates the new potentiostat’s usefulness. “It’s a different way to go into the environments to try and enrich different things.” Through more research—for example, changing the electrical conditions under which the microbes are enriched—the team can start to learn more about the species they’ve found, he says.

Doing so could have big implications. Noll himself has worked in the past on developing biological fuel cells, which proponents hope could harness microbes to generate current. But “the metabolic capacities of the kinds of organisms we have now are somewhat limited in what they can do,” he says—for example, in the types of carbon compounds they can break down for energy. Ideally, researchers will find or engineer electrically active microbes that run on, say, the acids made as a waste product of sewage treatment.

Another possible application, says environmental biotechnology researcher Lars Angenent of the University of Tuebingen in Germany, is in devices known as microelectrochemical cells that would juice electron-accepting bacteria with current to speed up energy-consuming chemical reactions and make useful products. For example, bugs fed electricity and carbon dioxide could be induced to churn out hydrocarbons, says Angenent, who works on microelectrochemical cell development and was not involved in the current study. “We’re at the beginning. . . . If you possibly genetically modify these organisms, you can even make other chemicals. The chemicals at this point have been rather straightforward, small chemicals. Hopefully we can improve that.”

Mohamed says that microbes might also be used to power environmental sensors far from the electrical grid. Unlike a battery, he explains, they wouldn’t need to be renewed, because they could feed off nutrients from their surroundings. And the possibilities don’t end there. “Trying to isolate and study new microorganisms will essentially expand our toolbox,” he says. “We could find new applications that will make use of this new dimension of control, interfacing biology with electronics.” 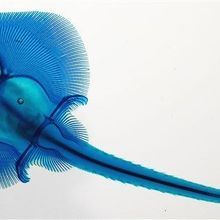