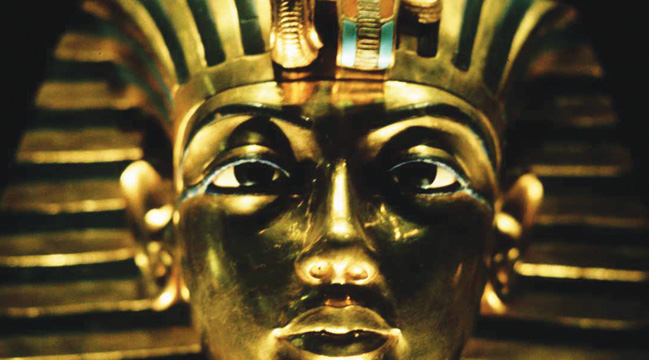 In 2010, researchers analyzed DNA from the ancient Egyptian boy-king Tutankhamen and 10 of his relatives (JAMA, 303:638-47). It was a blockbuster study. Revealing family relationships among the 3,300-year-old royals and identifying the malaria parasite Plasmodium falciparum in several of the corpses, the research grabbed headlines and was even the subject of  a 3-part documentary aired by the Discovery Channel, which partly funded the project.

But the work drew criticism from some ancient-DNA experts, who claimed that the results could be explained by contamination from modern humans. The ensuing row deepened a long-standing rift among researchers who aim to coax genetic secrets from the mummified denizens of bygone civilizations. “For sure it is a highly debated field,” says Carsten Pusch of the University of Tübingen in Germany, who was part...

On one side are “believers,” who claim to have analyzed DNA from dozens of Egyptian mummies. On the other side, skeptics view such claims as highly problematic. DNA breaks down more quickly in hot conditions, causing many to doubt whether fragments long enough to enable reliable analysis can survive for thousands of years baking in the Egyptian desert.

What’s more, many of the studies have relied on the classical Sanger sequencing method in which the polymerase chain reaction (PCR) is used before sequencing to amplify specific fragments of DNA. Such methods are particularly susceptible to contamination, says Tom Gilbert of the Center for GeoGenetics in Copenhagen, Denmark. “If you have a well-handled sample from a mummy, you might have a tiny bit of mummy mitochondrial DNA and tiny bits of modern mitochondrial DNA,” he says. “If you do PCR, you amplify both up and get both appearing at very high frequency” compared to other genetic material in the sample. Additionally, the skeptics say many mummy sequencing studies were done without proper controls.

The application of next-generation sequencing (NGS) has the potential to resolve these debates. It could also bring about a new era of “molecular Egyptology” in which mysteries concerning the ancestral origins of ancient Egyptians, and how they lived and died, can finally be solved.

NGS enables a metagenomic approach, meaning that, prior to sequencing, researchers amplify all DNA fragments in a sample, including small bits of ancient DNA that were missed by traditional methods. This provides a broad snapshot of the sample’s genetic material and offers a more accurate reading of the true ratio of ancient DNA to modern DNA. “Contaminants are still a tiny fraction, because you’re looking at the whole pool,” says Gilbert. The speed of next-gen platforms also means researchers can sequence a sample over and over again, which makes it easier to check for patterns of damage that distinguish ancient DNA from modern DNA. 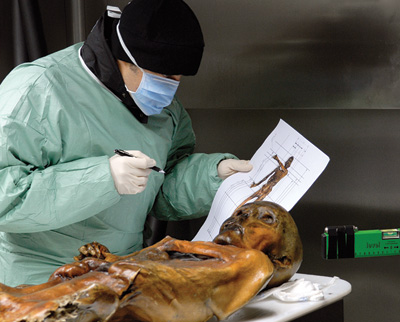 SAY AHHH, ÖTZI: A scientist at the South Tyrol Museum of Archaeology examines 5,000-year-old Ötzi the Iceman, whose whole genome has been sequenced.SOUTH TYROL MUSEUM OF ARCHAEOLOGY/EURAC/SAMADELLI/STASCHITZ“Next-gen sequencing allows us quite easily to see if we are dealing with authentic ancient human DNA,” says Albert Zink, head of the EURAC Institute for Mummies and the Iceman in Bolzano, Italy. “We can also more easily identify small DNA fragments, so we don’t lose as much information,” he adds, meaning samples that were once written off as unusable due to degradation could now yield entire genomes.

Naturally, then, both camps were intrigued when, earlier this year, Pusch and his colleagues published preliminary results from the next-gen sequencing of mitochondrial DNA from 5 mummified Egyptian human heads held at the University of Tübingen (J Appl Genetics, doi:10.1007/s13353-013-0145-1, 2013). The mummy heads date from between 806 BC and 124 AD—far less ancient than King Tut, who ruled between 1332 and 1323 BC.

From the limited sequence data they retrieved, Pusch’s team deduced that one of the mummies belongs to an ancestral group thought to have originated in Western Asia. The researchers also identified DNA sequences from the pathogens that cause malaria and toxoplasmosis, and from several plants that may have been used in the mummification process. “It’s a sparkling universe of different DNAs that can be characterized,” says Pusch. “And it’s crazy how much information can be drawn from that.”

Zink, who led the whole-genome sequencing of Ötzi the Iceman, a 5,300-year-old frozen mummy discovered in the European Alps, agrees. “This is the first time next-gen sequencing has been done on Egyptian mummies, and it is important that they showed DNA was preserved,” he says. Both Zink and Pusch think the mummification process protects DNA by rapidly desiccating tissue, removing the water required for hydrolytic depurination and deamination, two of the primary mechanisms by which DNA is broken down.

The new NGS findings have not gone unchallenged, however. Some researchers have questioned Pusch’s suggestion that the proportion of human DNA in samples from the Egyptian heads is comparable to that from permafrost-preserved specimens—such as a 4,000-year-old Greenlandic mummy known as the Saqqaq man—subjected to NGS.

“I was pleased to see this paper, and I believe they have DNA, but they’ve done an incomplete job of analyzing it,” says Gilbert, who was part of the Saqqaq genome project. The comparison to the ice-preserved specimens is misleading, he says, because the vast majority of the sequences obtained from the Egyptian samples were unidentifiable. For instance, in one of the Egyptian samples put forward as comparable, the researchers could not identify 97.5 percent of the sequences, so they used the 2.5 percent they could, of which 96 percent was human. “That’s a very different thing to total DNA content,” says Gilbert. For comparison, 75 percent of the sequences for Saqqaq man could be identified, 99.7 percent of which were human.

Pusch insists that “the relative comparison we did is absolutely sound,” though he concedes that it would be better to compare entire genomes.

Even so, the latest study is “a first step in the right direction,” says Zink, who agrees with Pusch that whole-genome sequencing of ancient Egyptian mummies will likely become commonplace in the near future—that is, so long as sufficient funds are available and researchers can get their hands on specimens.

So can NGS finally bring the fractured ancient-DNA field closer together? “I think it will help a lot,” says Zink. “I don’t think we will be best friends . . . but next-gen sequencing should make things much more clear and open, so I hope the controversies will be more on a scientific level and less polemic.”