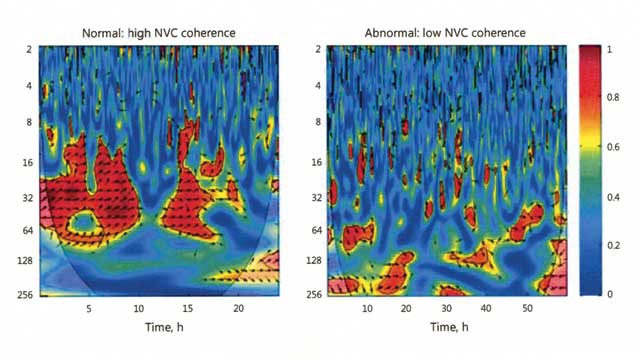 Until a little more than a decade ago, doctors had few options to treat newborns whose brains were deprived of oxygen or blood at birth, a condition known as perinatal hypoxic-ischemic encephalopathy, or HIE. If babies could be stabilized and kept breathing, physicians and nurses could offer only supportive care and had to watch and wait to see how much brain damage their patients would suffer. “This was a disease where we had no treatment that worked, and [around] 60 percent of these babies were either dying or had a disability,” says Rosemary Higgins...

In 2005, research findings reshaped the field. Higgins and other neonatologists reported the results of a couple of large clinical trials testing the effects of so-called cooling therapy on brain damage. Hundreds of babies suffering from HIE—the effects on the brain of oxygen deprivation during delivery, due to umbilical cord problems, the placenta coming away from the uterus too soon, or other complications—had their temperatures chilled from roughly 37 °C to about 33 °C for 72 hours, then slowly rewarmed (in one study it was whole-body cooling, in the other it was just the head). Although many babies still died of the brain damage or ended up with a severe disability, more fared better in the treatment groups than in the control groups (New Engl J Med, 353:1574-84; The Lancet, 365:663-70).

“Cooling was a landmark discovery for this disease,” Higgins says. Finally, doctors (and their patients) weren’t completely helpless. The intervention used in these studies reduced the number of newborns dying or enduring a severe disability to below 50 percent.

But to Higgins and other doctors, the improvements achieved with cooling were just the start. “It sounds wonderful that we’ve made significant improvement, but in my mind that’s really just a proof of concept that you can make a difference,” says Sandra Juul, the head of neonatology at the University of Washington School of Medicine and Seattle Children’s Hospital. “But 50 percent is not acceptable.”

Cooling sites of injury is an old concept, dating back to Hippocrates and Roman warriors, and practiced in modern times by any parent who’s applied an ice pack to a boo-boo. Reducing temperatures slows cellular responses to damage, including cell death and subsequent inflammatory reactions. What cooling doesn’t do, however, is heal damaged tissue.

Investigators are therefore trying to boost the effects of cooling therapy and to find those babies who will benefit from extra interventions. There are some promising leads. Juul, for instance, is heading a phase 3 clinical trial to examine the effects of giving HIE babies erythropoietin, a hormone required for brain and red blood cell development, together with cooling therapy. Others are looking into adding xenon to babies’ ventilators or administering antiseizure medications.

The challenge with any of these add-ons is that there is no good way to quickly assess how babies’ brains are responding to treatment. As it is, there’s no readily available technology that offers real-time reporting on progress in stopping brain damage. Doctors can use bedside assessments, such as whether the baby is conscious or has responsive pupils, and more high-tech exams, such as MRI. The former, however, isn’t a precise method of predicting brain damage, and the latter is logistically challenging because the baby needs to be moved to a radiology suite.

Two more-practical diagnostic approaches are serum biomarkers of brain damage and physiologic recordings, such as electroencephalogram (EEG). Lina Chalak of the University of Texas Southwestern Medical Center in Dallas has worked on both. Most recently, her team designed a real-time “heat map” of babies’ responses to cooling therapy that correlated with their developmental outcomes at 24 months of age.

Her team collected data from 10 newborns—eight of whom underwent cooling therapy, and another two who were normal and did not. For 60 hours they collected data from a method of EEG called amplitude-integrated EEG, which records trends in neural activity over time, and near-infrared spectroscopy (NIRS), which tracks blood flow and oxygenation. Combining the two metrics reveals so-called neurovascular coupling, Chalak says—essentially, how well neuronal behavioral and blood flow correspond. “You need neurons and blood vessels to communicate with each other.”

Using a newly developed computational analysis, Chalak’s group plotted this neurovascular coupling in real time on a color-coded heat map, reminiscent of the kind meteorologists use to display weather dynamics. Chalak’s map revealed the synchrony within the babies’ brains between their neural and vascular systems (Scientific Reports, 7:45958, 2017). Normal babies and babies with HIE who had better outcomes two years later showed higher neurovascular coupling (as indicated by big red islands in a sea of blue on the map). Babies without such patterning—showing instead a spattering of blue, yellow, orange, and red—tended to have poorer outcomes. “Neurons were firing, and blood vessels were not caring. There was no relationship,” Chalak says.

She adds that the study is a proof of concept, and much more validation is required before the technique could earn a place at the bedside. Further along in validation studies are protein biomarkers present in the blood, which could be used to assess brain damage and how the brain is responding to treatment. Among them: proteins that signal astrocyte damage, such as GFAP (glial fibrillary acidic protein) and inflammatory cytokines. Although such biomarkers aren’t collected continuously like EEG data, physicians could easily measure them from the blood draws that babies regularly endure throughout cooling therapy.

An ancillary goal of the erythropoietin trial is to assess the utility of these biomarkers in monitoring brain injury and tracking responses to the intervention. “I hope we’re not too far away from a blood test for brain injury,” says An Massaro, a neonatologist at the Main Hospital of the Children’s National Health System, who is participating in the study. Chalak is also taking part, and will be adding her heat maps to the suite of data she collects on the infants. Massaro says she anticipates the study will provide answers not just on biomarkers and physiologic predictors of brain damage, but on ways to save more babies from the devastation of HIE. “I think it’s going to be a very exciting time of clinical studies of brain therapeutics, but our big issue is identifying the right patients to put in these trials and the right patients to ultimately treat.”