Emile Voest, a professor of medical oncology and medical director of The Netherlands Cancer Institute, has spent his career studying the tumor microenvironment—cancer’s cellular backdrop, implicated in everything from a tumor’s structural support to its protection from the immune system and its resistance to cancer-treating drugs.

But it came as some surprise, Voest says, when, in the mid-2000s, he and his colleagues identified two obscure polyunsaturated fatty acids—16:4(n-3) and KHT—that seemed to induce chemoresistance in tumor-bearing mice. “It was not what I was expecting at all,” says Voest. “We had no clue what fatty acids were [or] how they worked.”

But a more unexpected finding was yet to come. While digging for clues about their PIFAs, the researchers stumbled across a mention of 16:4(n-3) in marine research. “The idea popped up that it could be in fish,” says Voest. “So we just checked fish oil.” Sure enough, 16:4(n-3) was present in micromolar amounts in both fish oil products and algal extracts—supplements recommended to cancer patients undergoing treatment.

After trials in mouse models showed that  100-μL oral doses of either of two commercially available fish oil products could neutralize the effects of cisplatin on tumors even without mesenchymal stem cell injections, the group published its findings, concluding that “the use of these products during chemotherapy treatment should be avoided.” (Cancer Cell, 20:370-83, 2011)

The paper sparked a firestorm. News outlets around the world reported the dangers of dietary supplements during cancer treatment; the BBC ran the headline, “Fish oils block chemotherapy drug.”

“It was enough to make me raise my eyebrows and go, ‘Wow, okay, this is interesting,’” says Erika Connor, a dietitian at Stanford Nutrition Clinic. “Most of the studies that have been done in reference to fish oils actually have positive results, preventing muscle wasting, and in some situations with other chemo agents, helping blood counts.”

Rachel Murphy, of the University of British Columbia and the Centre of Excellence in Cancer Prevention, coauthored a response to the Dutch group’s paper in 2013, arguing that the warning was unsupported (Clini­cal Nutrition, 32:466-67). “We really don’t have enough information to make that kind of statement,” she says. “There are a lot of differences in fatty acid metabolism between humans and animal models. . . . Many times, research just doesn’t translate.”

The nature of the results made the chemoresistance link difficult to test directly in humans: if fish oils do reduce the effectiveness of chemotherapy, it would be unethical to administer them to patients in a clinical trial. Last year, however, Voest’s team published a follow-up study showing that consuming fish oil supplements at the recommended daily intake of 10 mL could raise blood plasma levels of 16:4(n-3) in healthy humans to 20 times baseline levels (JAMA Oncology, 1:350-58, 2015). Once again, the article advised patients to avoid the supplements during chemotherapy—and once again, Murphy says, the warning was unjustified. “I think it can be very dangerous in the other sense to recommend that people not take fish oil when we have seen in the clinical literature really consistent benefits,” she adds.

For his part, Voest defends making the recommendations, despite acknowledging difficulties in translating biological research from mice to humans. “The only thing that we tried to say is that there is a risk that this molecule is in your circulation and a risk that chemo doesn’t work,” he says. “You should balance the advantage of taking fish oil with the potential risks.”

Of course, achieving that balance can be difficult, says oncology nutritionist Stacy Kennedy of the Dana-Farber Cancer Institute. “It’s inherently challenging to take research in nutrition—especially preliminary research involving dietary supplements, which are not regulated in the U.S.—and then apply the findings from this research to individual patients,” she says. “There’s a lot of inconsistency in the literature about the form and the dose, how the studies are conducted, the type of treatment, the type of cancer.”

As a rule, nutritionists avoid products that have contraindications in the literature, and recommend that patients discuss options with their treatment providers, Kennedy explains. “We would look at it as ‘safety first, effectiveness second.’ First and foremost we want to be cautious.”

In the meantime, says Connor, it will be important to verify the findings in humans—even if ethical considerations restrict research to observational studies. “We need more information,” she says. “It’s not something that we are going to jump on and say, ‘Oh my gosh, that’s it!’ and make a rash decision.”

For now, the precise mechanism of PIFA-based chemoresistance remains unclear, although recent work in Voest’s lab suggests that it involves the facilitation of DNA repair in tumor cells (Nat Commun, 5:5275, 2014). “The frustrating part is that we would like to see the exact mechanism . . . but unfortunately our model only works in vivo,” Voest explains.

As for the controversy surrounding interpretation of his team’s results? “It’s just data,” Voest says. “Let everybody decide for themselves. I only know that if my patients or my friends or relatives are taking chemo, I would definitely advise them to avoid fish oil.” 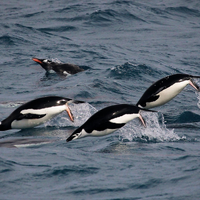 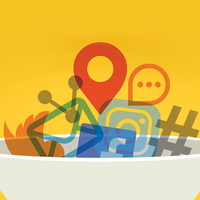