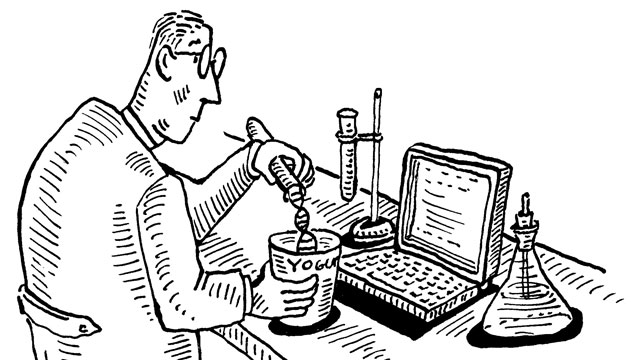 Two years ago, a genome-editing tool referred to as CRISPR (clustered regularly interspaced short palindromic repeats) burst onto the scene and swept through laboratories faster than you can say “adaptive immunity.” Bacteria and archaea evolved CRISPR eons before clever researchers harnessed the system to make very precise changes to pretty much any sequence in just about any genome.

But life scientists weren’t the first to get hip to CRISPR’s potential. For nearly a decade, cheese and yogurt makers have been relying on CRISPR to produce starter cultures that are better able to fend off bacteriophage attacks. “It’s a very efficient way to get rid of viruses for bacteria,” says Martin Kullen, the global R&D technology leader of Health and Protection at DuPont Nutrition & Health. “CRISPR’s been an important part of our solution to avoid food waste.”

Phage infection of starter cultures is a widespread and significant...

That was an eye-opening moment when we first thought of the link between CRISPR sequencing content and phage resistance.—Rodolphe Barrangou,
North Carolina State University

In the early 2000s, Philippe Horvath and Rodolphe Barrangou of Danisco (later acquired by DuPont) and their colleagues were first introduced to CRISPR while sequencing Streptococcus thermophilus, a workhorse of yogurt and cheese production. Initially, says Barrangou, they had no idea of the purpose of the CRISPR sequences. But as his group sequenced different strains of the bacteria, they began to realize that CRISPR might be related to phage infection and subsequent immune defense. “That was an eye-opening moment when we first thought of the link between CRISPR sequencing content and phage resistance,” says Barrangou, who joined the faculty of North Carolina State University in 2013.

Within a couple of years the team concluded that CRISPR sequences indeed confer phage resistance (Science, 315:1709-12, 2007). The bacterial genome integrates a sequence of the viral genome, called a spacer, upon infection; that sequence later serves as a guide for destroying any matching DNA, so that subsequent viral infections are fended off. (See “A Movable Defense” here.) Bacteria use this system naturally, but the scientists wanted to harness it to immunize cultures.

DuPont filed a number of patents on its technique, so the details are under wraps, but essentially the dairy culture developers expose select bacteria to particular viruses and collect the bacterial strains that manage to survive attack. Such an approach—challenging a bacterial population with phages and selecting for resistant cells—is nothing new. Derkx says it’s a classic strategy that’s been employed for more than 25 years. But DuPont’s spin on it is to identify whether the bacteria have acquired new CRISPR spacers. “CRISPR is not the only mechanism to resist phages. It is one that is used efficiently,” says Horvath. After isolating those “CRISPRized” cells, the food scientists grow up a new culture and repeat, challenging the resistant strains over and over again with phage to increase the breadth of the CRISPR-encoded resistance. “The trick really is to use a diversity of phages that are specific to those strains to make them resistant” to a broad range of viruses, says Horvath. Already, DuPont has 6,000 phages in its collection to immunize bacteria, and the list is growing.

DuPont began vaccinating bacterial strains in 2007. In 2012 the company announced the first commercial application of CRISPR-enhanced cultures for making pizza cheese. It dubbed the blend of S. thermophilus strains CHOOZIT SWIFT. Barrangou says that all of DuPont’s S. thermophilus cultures are now optimized using the company’s CRISPR technique, and given DuPont’s share of the dairy culture market—about 50 percent, by his estimate—chances are good that you and I, and all our fellow dairy lovers, have eaten CRISPRized food.

But like any vaccination strategy, this one is imperfect. Although Barrangou says it’s a rare event, so-called CRISPR-escape mutant phages can outwit immunization through genetic mutation, altering their DNA so that it is no longer a match for the sequence adopted by the vaccinated bacteria. “This is probably where CRISPRs have a big disadvantage,” says Derkx.

There are a number of other ways to create phage-resistant strains. For instance, Derkx says, isolating naturally occurring bacterial mutants that prevent phages from binding to cell surface receptors is a particularly robust approach. Chr. Hansen has a few of these receptor mutant cultures on the market, says Derkx. “We haven’t seen any phages that can overcome this resistance.”

It’s important to note that all the genetic modification to generate phage resistance is done by good old-fashion biology, and not by recombinant DNA technology. Barrangou calls the CRISPR-enhanced dairy cultures “non-GMO genetically modified organisms.” It’s not a lack of know-how or even of desire—customizing bacterial genomes could really ramp up immunity or provide any number of desirable traits in crops or livestock—but rather a general public distaste for GMO that keeps CRISPR, in the genome-editing sense, off the plate in the food sciences. Barrangou says that the concept has preceded acceptance. “Until regulatory pathways and the general public are more receptive to GMOs, people will have to keep working that way.”