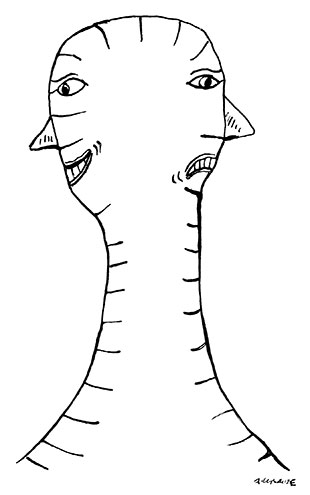 ANDRZEJ KRAUZEIn the early 2000s, scientists were first starting to appreciate the idea that microRNAs—small, noncoding RNAs that interfere with protein translation—could have something to do with cancer. One clue came from developmental biology, when Frank Slack, then at Yale University, and colleagues found that mutating a microRNA gene called let-7 led to increased cell divisions. Then in 2002, Carlo Croce’s team, then at Thomas Jefferson University in Philadelphia, mapped genetic deletions common in chronic lymphocytic leukemia to two microRNA loci, miR15 and miR16.

Now, a little more than a decade later, “we know that microRNA levels are essentially abnormal in every type of tumor that’s been examined,” says Joshua Mendell, a microRNA researcher at UT Southwestern Medical Center. In some tumors, a microRNA may be overexpressed, while in others it may be missing altogether.

Some experimental studies have also shown that manipulating...

But as Mendell, Slack, Croce, and others have discovered, to call a microRNA a tumor suppressor or an oncogene is far too simplistic.

In 2009, Mendell was working with a microRNA called miR-26, levels of which are depleted in liver cancer. “We were hopeful that, based on earlier findings, if we could restore expression of miR-26 this might be therapeutically beneficial,” he says. So he and colleagues boosted miR-26 levels in transgenic mice with an overactive cancer pathway, and, lo and behold, tumor growth stopped. “That was very exciting to us.”

But just as his paper was published, another group published a study suggesting the opposite role for miR-26: in a mouse model of brain cancer, miR-26 downregulated a tumor suppressor called PTEN. In doing so, the microRNA appeared to be acting as an oncogene.

The conflicting results were confusing. Mendell says there wasn’t a lot of evidence showing that microRNA targets could be tissue-specific. “That’s why we decided to do another series of experiments in which we could more precisely control levels of miR-26 in any tissue of the body.”

What he found was that miR-26 could act in both tumor suppressive and oncogenic ways. Although Mendell’s team confirmed the earlier finding that miR-26 inhibits the tumor suppressor PTEN, “the phenotype we saw when you overexpress miR-26 was not a copy of what you would see when you lower PTEN,” he says. In mice with an overabundance of miR-26, cancer didn’t pop up all over the place, and in fact, intestinal tumor growth was blocked (Genes Dev, 28:2585-90, 2014).

The explanation for the paradox lies in miR-26’s other targets. Although the microRNA inhibits the tumor suppressor PTEN, miR-26 also puts a lid on a broad suite of pro-proliferative genes, making its overall effect tumor suppressive. “When looking at the function of a microRNA, you need to look at the overall set of targets,” says Mendell. “If you pull out one, it doesn’t give you the full picture.”

MiR-26 is not the only example. “We found cases of microRNAs that behave like an oncogene and a tumor suppressor gene depending on the cell,” says Croce. “The cellular environment is critical for the action of microRNAs.” For example, miR-221/222 acts as an oncogene in the liver and other tissues and as a tumor suppressor in other contexts, such as tongue squamous cell carcinoma. Croce says it all depends on which targets of the microRNA are present.

Christopher Park, who studies blood disorders at Memorial Sloan Kettering Cancer Center, adds that there is yet another layer of complexity to the behavior of microRNAs in cancer. Scientists must also consider the stage of the cancer: are they manipulating a microRNA in an already established tumor, or before an animal develops cancer? Take, for example, miR-29a. Croce’s group has found that overexpressing the microRNA’s gene in leukemia cell lines slows growth, suggesting the miR-29a acts as a tumor suppressor. Yet Park’s team showed that increasing circulating levels of miR-29a in mice initiates the development of leukemia. “The role of the gene can vary during the cancer process,” says Park.

The first microRNA cancer treatments are now in early human clinical trials. Croce says he’s not too concerned about the risk that a therapy against one type of cancer might promote another, primarily because of the time frame. As he’s seen preclinically, microRNA-targeting drugs act on cells quickly, and he hasn’t witnessed any tumorigenic side effects. Slack says the ultimate answer will come out of the clinical trials. “I think the clinicians and myself have our fingers crossed and hope there’s not going to be some weirdness in these patients because of the complexity of the system.”

Continuing knockout and overexpression studies in mouse models will help identify microRNAs’ global roles in tumorigenesis and tumor progression. “We think in our lab it’s very important to continue to look at microRNA functions in their natural context, in whole animals,” says Mendell. “When we do that we’re often surprised; microRNAs don’t seem to do exactly what we thought they did in cell lines.”