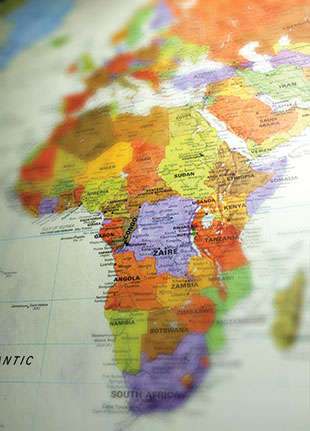 © ISTOCKPHOTO.COM/LCSWARTThe Ebola outbreak in Sierra Leone, Guinea, and Liberia has laid bare the dearth of basic research funding for scientists in many African countries, which cannot afford the high cost of building laboratories and purchasing equipment needed to study such diseases.

Since 2010, the National Institutes of Health (NIH) has provided $300 million in grants to researchers in just 17 of 54 African countries, for example, with around $200 million going to South Africa alone, according to the NIH RePort funding database.

Some donors and scientists predict the heightened awareness may result in expanded funding on not just Ebola, but also diverse neglected diseases in Africa. “Ebola has brought in very sharp relief the extent of our ignorance in Africa and the Western world” about emerging infectious diseases, said Steve Kayizzi-Mugerwa, director of development research at the African Development Bank, which collects contributions from African governments...

So far, however, there have been no signs that funding for African research in general will surge, and some worry that increased funding for Ebola in the midst of the epidemic will actually draw funds away from other research programs.

Since August, the UK government has pledged around £200 million ($318 million), including £3 million ($4.8 million) for research into how Ebola spreads. In the U.S., the government has committed $350 million in aid and research. The National Institute of Allergy and Infectious Diseases (NIAID), for example, spent $42.5 million on Ebola vaccines and treatment research in fiscal year 2013, which ended October 31, according to James Meegan, director of global research at the agency. Meegan added that the agency has proposed spending $44 million in fiscal 2014, though that may increase as NIAID finances further research on Ebola vaccines. In addition to shifting funds, NIAID is tasking virologists from Africa to set aside research on other hemorrhagic disease research programs to work on Ebola, Meegan said.

While the funding is welcomed by the scientific community, Julien Potet, a policy advisor for Doctors Without Borders, wonders what it will mean for other areas of research. Funding is already stretched to research such neglected diseases as African trypanosomiasis (sleeping sickness), malaria, and filarial diseases, such as elephantiasis, he said; treatments for Ebola and other new diseases should be additional. “We have to take a look and make sure it’s not being taken from funding that is already pledged for some other research,” Potet told The Scientist.

It is too early to know whether new concern over Ebola will cut into research on other diseases, but it likely will do so, agreed Ambrose Talisuna, senior clinical research fellow at the Kemri-Wellcome Trust Research Programme in Kenya and head of malaria drug resistance surveillance for East Africa. The Gates Foundation, however, continues its commitment to eradicating malaria, announcing in November 2014 that it was pledging another $500 million to combating the disease.

Not all funding for Ebola and other diseases that affect the African population is going to researchers on the continent, said Erica Ollmann Saphire, an investigator at the La Jolla-based Scripps Research Institute. Ollmann Saphire works with teams of researchers on two NIH-funded hemorrhagic disease projects, and just a handful are physically in Africa, for example. And the lion’s share of funds that the Gates Foundation devotes to research into malaria are spent in developed countries outside Africa where drug development systems are already in place.

“Most of the African researchers are mainly focusing on getting resources, publishing their papers in collaboration, but are not in the position to lead the research that will solve the continent’s problems,” said Solomon Nwaka, acting executive director of the African Network for Drugs and Diagnostics Innovation (ANDI), an international organization conceived by the World Health Organization and launched with seed money from the European Union. “The problem is resources. There is no pan-African research funding agency.”

Ebola has brought in very sharp relief the extent of our ignorance in Africa and the Western world about emerging infectious diseases.—Steve Kayizzi-Mugerwa, African Development Bank

In August 2014, the U.K.’s Department of International Development and the Wellcome Foundation unveiled a £40 million ($64 million) five-year research project called the Developing Excellence in Leadership, Training and Science Initiative for African Scientists (DELTAS). The program is intended to fund training for junior scientists in Africa and to help support senior researchers across all areas of health research, said Val Snewin, Wellcome’s international activities manager. Infectious diseases have declined in significance to many researchers in mid-income African countries, as concern has grown over diseases of the West such as diabetes, heart disease, and hypertension, said Snewin. DELTAS may fund some of these areas, she said.

The funding for the DELTAS program was already in the pipeline when the Ebola outbreak started, however, so whether the continent will see more general research funding initiatives like this in the wake of the epidemic remains to be seen. For now, the research community welcomes the funding dedicated to Ebola, which until this point has been limited, Talisuna said. But broader funding initiatives are also needed. Timely responses to these diseases require “top-quality scientists and top-quality infrastructure,” he said. “[Donors and governments] should fund these institutions, not just for research, but to train quality scientists in Africa.”

Paula Park is a freelance writer living in Ghana, Africa, and a former editor at The Scientist. A version of this article appeared at www.the-scientist.com on November 12.

On "Funding Research in Africa"

A letter to The Scientist

We are writing to comment on your November 12 article entitled “Funding Research in Africa” by Paula Park. The article appropriately identified a very real problem—the dearth of basic-research funding for scientists in many African countries. While the US National Institutes of Health (NIH), the Wellcome Trust, and others fund a considerable amount of research in Africa, many of those awards are made to non-African institutions and scientists, who in turn subcontract for collaborations with their African colleagues. However, Park apparently did not appreciate that the proportion of awards made directly to African scientists and institutions is steadily increasing, and now accounts for about 40 percent of Wellcome Trust and 63 percent of NIH funding for research in Africa.

As a prominent example of this increasing focus on direct funding to African investigators, the NIH and the Wellcome Trust recently established a collaborative program, called Human Health and Heredity in Africa (H3Africa). H3Africa directly funds African scientists at African institutions to conduct research on the genomic and environmental bases of health problems of importance in Africa. Support is being provided for basic research, improved infrastructure, and training. One of the long-term goals of H3Africa is to increase the ability of African scientists to compete for international research funding.

NIH and the Wellcome Trust have, together, committed the equivalent of at least $76 million to H3Africa for the period 2012–2016, and both agencies will consider extending the program for an additional five years pending the outcome of rigorous peer review processes at each agency. The current H3Africa awards were made after an open competition, and each agency reviewed the applications according to its normal peer review process.

As the research areas of the grant applications were determined entirely by the applicants, it is interesting to note that, while some H3Africa grants address infectious diseases (e.g., trypanosomiasis, tuberculosis, pediatric HIV/AIDS, and fevers of unknown origin), the majority are actually directed at noncommunicable diseases (NCDs). NCDs are, as Park noted, of increasing importance in Africa. Among the NCDs currently under study in H3Africa projects are type 2 diabetes, rheumatic heart disease, cardiometabolic disease, stroke, schizophrenia, and kidney disease. Infrastructure components of H3Africa include a continental bioinformatics network, called H3ABioNet, and biorepositories, which are also located on the continent. All projects within H3Africa are organized as research consortia to promote intra-African collaboration and the sharing of experience among investigators and trainees.

The Wellcome Trust is also investing significantly in programs that will develop a cohort of outstanding researchers in sub-Saharan Africa. One example is the £30 million ($47 million) African Institutions Initiative, established in 2008, in which all the funds for more than 50 African institutions are going directly to Africa. More recently, the Wellcome Trust has supported, with an initial commitment of £40 million ($62.6 million) over five years, the Developing Excellence in Leadership Training and Science (DELTAS) Africa initiative, which aims to facilitate collaboration with other funders of African research.

In addition, the Wellcome Trust and the UK Department of International Development have cofunded two programs, at £10 million ($15.6 million) each, to support national health research funding organizations in Kenya and Malawi. These programs are free to set and manage their own research funding priorities.

Another NIH-funded, African-led global health program—the Medical Education Partnership Initiative (MEPI)—works in partnership with the President’s Emergency Plan for AIDS Relief (PEPFAR) to provide $130 million in direct support over a five-year period to 34 African medical schools in 12 countries. Strengthening and expanding the clinical research workforce in Africa are among the aims of MEPI.

The NIH and Wellcome Trust are very encouraged by the early results of these direct funding programs, and urge other funding agencies to consider joining us in our efforts to increase the capacity of African scientists performing world-class research in their own countries. Of course, in the long term, the success of scientific research in Africa will depend on the willingness and ability of African governments to invest in research. Such investments will lead to a sustainable African workforce and infrastructure that can address the health concerns of all Africans. 