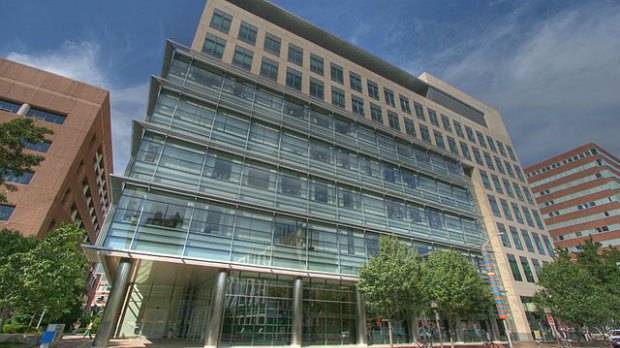 The Broad InstituteFLICKR, MADCOVERBOYThe path from the discovery of the CRISPR/Cas mechanism as part of bacteria’s adaptive immune system to the use of this pathway in the food industry and later as a breakthrough gene-editing tool is a good illustration of the power of collaboration among scientists across disciplines. Yet CRISPR’s development also serves as a salient warning of how failing to assign clear and up-front ownership of intellectual property (IP) can result in prolonged and costly legal friction.

A widely reported patent dispute in the U.S. between the Broad Institute and the University of California, Berkeley, over who first invented the CRISPR/Cas toolkit for gene editing is the subject of interference proceedings now before the Patent Trial and Appeal Board (PTAB) of the US Patent and Trademark Office (USPTO). Less well known is that the earliest CRISPR patent applications filed by the Broad Institute for gene...

MIT/Broad’s earliest patent applications, filed at the USPTO in December 2012 and January 2013, named scientists affiliated with four different institutions: Feng Zhang of the Broad Institute and MIT, Shuailiang Lin and Naomi Habib of the Broad Institute, Patrick Hsu and Fei Ann Ran of Harvard College, and Luciano Marraffini of Rockefeller University. It was only after the research had progressed to a stage where these earliest patent applications were filed that ownership of the inventions arising out of this collaboration was evaluated—and disputed.

The EPO will not examine ownership, but will look into whether the Broad has a valid right to claim priority. Marraffini was a named inventor and co-applicant on the earliest US patent applications, yet it appears that neither he nor Rockefeller University was an applicant on some of the subsequent PCT patent applications that led to granted European patents. Nor did Marraffini or Rockefeller sign over their priority rights to the Broad. Hence, the formal requirements for claiming priority to these earliest patent applications do not appear to have satisfied European patent law. This could severely limit the scope of the European patents, as highly relevant publications (such as Science, 339:819-23, 2013 and Science, 339:823-26, 2013) would be citeable for novelty and inventive step against these patents. To try to prevent this, MIT/Broad are arguing that the existing case law in Europe should be interpreted to allow the right of priority to be determined based on US law—which does not have the same applicant requirements as European law—because the earliest patent applications were filed in the U.S. For credibility, they have submitted statements by high-profile people in the IP field, such as Lord Leonard Hoffmann (former Lord of Appeal in Ordinary in Britain), John Doll (former commissioner of patents at the USPTO), and Paul Michel (former Chief Judge of the US Court of Appeals for the Federal Circuit).

Unless the Broad successfully convinces the Opposition Division to follow its interpretation of how priority should be determined, these CRISPR patents may provide a high-profile example of the disastrous IP consequences that can occur when collaborations result in disputes. The take-home lesson is that the earlier in the collaboration ownership and management of potential IP rights are addressed, the easier it is to come to agreement between the parties. Before entering into a collaboration consider why you are seeking to collaborate. What is each party bringing to the table? Can ownership of any potential IP be considered from the outset?

In addition to seeking external support, scientists should maintain a record of what contributions are made by whom and keep copies of all correspondence. Looking at lab books retrospectively can indicate who carried out the experiments, but it may be unclear who devised the experiments that were conducted. Keeping a paper trail is key. When scientific accolades and vast commercial potential are at stake, it is understandable how disputes can arise.

Catherine Coombes is a senior patent attorney with HGF Limited in the U.K.