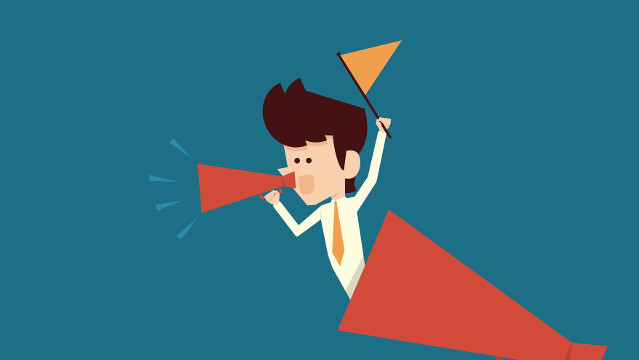 © ISTOCK.COM/BPLANETLong gone are the days of the lone investigator who discovered a new scientific truth, published the finding in a journal, and continued doing bench research. Nowadays, scientists have to wear any number of different hats: experimenter, data analyst, teacher, mentor, negotiator, financial planner, writer, boss, philosopher, and speaker.

We have to be team players, but also self-motivated. We have to pay meticulous attention to detail while also under- standing how our research fits into the bigger picture. A good scientist performs well in many of these roles, but one person can’t be good at everything.
I am a postdoctoral researcher whose favorite hat is “writer.” It’s exciting to craft my message, put years’ worth of work down on paper, and add my own results to the literature of a decades-old research field. Scientific publications give us the potential to change the status quo in how other researchers approach their own work—and that’s a big deal.
But when we pour all our energy into communicating only with other scientists, we miss the mark on targeting two other crucial audiences who can help us make an even bigger impact: journalists and policymakers.
Speak with journalists
The mass media play a huge role in policymaking and agenda setting. For example, a 2012 Chicago Tribune investigative series on the dangers of flame retardants in the home prompted US senators to call the Environmental Protection Agency to action. In turn, both the EPA and the Consumer Product Safety Commission began systematically reevaluating a group of chemically similar flame retardants and investigating alternative options for furniture and household products.
Unfortunately, most journalists do not have a strong background in science. In August, The Washington Post lamented that the media is ruining science, citing the incentive for journalists to distort scientific findings in order to garner more page views. Even at the institutional level, press releases are beginning to eschew accuracy to attract attention. (By the way, smelling farts won’t help you live longer, and squeezing boobs won’t prevent cancer.) This shift whittles away the credibility of science and the public’s trust in it, and is not without its political undertones and con- sequences. According to a recent study, there’s been a 25 percent drop in the proportion of conservatives who express their trust in the scientific community from 1974 to 2010.
With all the hats that scientists must wear, however, there’s hardly time (or readily available training) for most researchers to engage effectively with the media. So don’t ignore emails or phone calls from journalists. This is a chance to have your voice heard. Many outlets may want to put an interesting spin or slap a cutesy headline onto the article, but it’s your job to accurately convey your scientific discovery and its context to the writer.
Engaging with policymakers
There are other ways scientists can ensure that our voices are heard, and many options for us to interact directly with our policymakers to advance our research.

Meet with your legislators. You can schedule a meeting in their Washington offices or in your home district; going with a small group of colleagues is always best. Many large scientific societies host their own advocacy days for scientists to converge on the capital and meet with their representatives in small, region-specific groups. These societies often provide resources and a specific message, or ask scientists to share their research during the meetings. If you are having difficulty scheduling a meeting, local town halls are another good place to meet your legislator face-to-face.

Write, call, tweet, Facebook. Legislative representatives have easily accessible contact information on their websites. When certain science or research funding–related items are up for a vote, many scientific societies often craft form letters that you can sign and send. Follow your representatives on social media, track how they’re voting, and understand their stances on issues that are important to you.

Invite them for a lab tour. During recesses, when legislators spend time in their home districts, invite them to tour your laboratory. Sometimes the fear of the unknown turns people off, and labs can be weird and scary to people who don’t work in them. Engage your government representatives by showing them your equipment, explaining what you study in lay terms, and describing the importance of your work. Let them practice pipetting or check out some cells under a microscope. Most importantly, tell them how their funding and support has helped you, and how their continued support will impact the health and well-being of the citizens and the economy.

Get training on how to reach out to policymakers and communicate with the public. Familiarize yourself with the outreach and advocacy divisions of your favorite scientific societies, as well as your own institution’s government relations and public communications departments. If you’re having difficulty reaching out to a policymaker, or need resources on how to communicate with a journalist or speak at a public event, these folks can facilitate meetings and often have a slew of resources available.

Vote. Sure, this goes without saying. But one in three US citizens don’t vote in presidential elections, and fewer than half tend to vote in midterm elections. What’s the point of advocacy efforts if your new representative doesn’t support your cause to begin with?

Consider doing a science policy fellowship. For those who want to take their advocacy a step further, a sabbatical year is a great time to participate in a science and technology policy fellowship. Several large scientific societies such as the American Association for the Advancement of Science and the Robert Wood Johnson Foundation have science-specific policy fellowships, as do many smaller organizations. So whether you only have time for a quick tweet or want to transition into a yearlong policy fellowship, there are plenty of ways for you as a scientist to advocate for your own work. You might not choose to dive into journalism or fly to the capital for a meeting, but policymakers might just read your 140-character tweets—whereas I guarantee they won’t read your jargon-filled scientific publications (or your angry Facebook posts).

Jordan Gaines Lewis is a postdoctoral sleep researcher at Penn State College of Medicine in Hershey, Pennsylvania. She is also a freelance science writer with a strong interest in science policy.