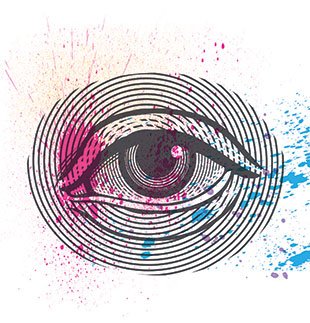 © LESTYAN4/ISTOCKPHOTO.COMWhen researchers started using modern molecular diagnostic tools such as PCR and genome sequencing to study the microbes living on and in the human body, they found much more complex ecosystems than previous generations had imagined. The Human Microbiome Project undertook a massive effort to characterize microbial communities from five sites—the gut, mouth, nose, skin, and urogenital tract. But it did not include many areas of the body that harbor microbial life, including the surface of the eye.

Ophthalmologists have treated pathogenic eye infections for several decades, and the advent of contact lenses has made such infections more common. But little is known about the bacteria that live on the surface of a healthy human eye, and how this microbial makeup differs when a pathogenic strain takes over. Many bacteria known to live on the eye are difficult to culture, making them virtually invisible to researchers. Adapting...

About five years ago, Valery Shestopalov of the Bascom Palmer Eye Institute at the University of Miami was speaking with his microbiology colleagues about the bacteria found on healthy eyes. Conventional wisdom at that time held that healthy eyes don’t harbor much microbial life—tears and blinking tend to clear away foreign objects, including bacteria. But Shestopalov’s early tests revealed something different. “The tests ran positive. All exposed mucosal epithelium are populated densely,” he said. In 2009, Shestopalov began the Ocular Microbiome Project with funds from his institution. Eventually, he secured a grant from the National Eye Institute and began collaborating with Russell Van Gelder at the University of Washington, who had been developing PCR-based diagnostic tests to identify bacteria and fungi on the eye. The project now has a dozen collaborators at five universities.

People can have a huge variation in microflora and still have healthy eyes, making our job difficult, but really amazing.—Valery Shestopalov,
Bascom Palmer Eye Institute, University of Miami

The team found that about a dozen bacterial genera dominated the eye’s conjunctiva, a third of which could not be classified. On the corneal surface, the researchers found a slightly different community. Again, about a dozen genera dominated. And everywhere they’ve looked, the researchers have found more than just bacteria. “We haven’t published on this yet, but I have been surprised by how often we find phage or viruses on the normal ocular surface,” Van Gelder told The Scientist in an e-mail.

“People can have a huge variation in microflora and still have healthy eyes, making our job difficult, but really amazing,” Shestopalov said.

The researchers also found that during keratitis infections—infections of the cornea—only about half as many bacterial varieties were present, most prominently Pseudomonas strains. The changes typically occurred well before a diagnosis of an eye infection, suggesting the ocular microbiome could inform future diagnostics, Shestopalov noted. His team is refining the algorithm for predicting infection based on the dynamics of these changes in bacterial composition.

One factor that may be expected to impact the composition of ocular microbiota is the use of contact lenses. Contact lens wear is one of the biggest factors leading to corneal infection. Common bacterial infections that can cause irritation and redness affect an estimated 7 percent to 25 percent of contact lens–wearers, and much rarer keratitis infections can even cause blindness. Researchers believe contact lenses make it easier for pathogens to colonize the surface of the eye by giving the bacteria something to adhere to. Sequencing biofilms from used contact lenses, Shestopalov’s team found evidence of microbial communities that were different from the ocular microbiomes of people who don’t use contacts. On the lenses themselves, the researchers have found much less diversity—many of the bacterial genera that dominate the conjunctiva and cornea were depleted. In their place, Staphylococcus dominated.

To tackle the potential-infection problem, Mark Willcox, a medical microbiologist at the University of New South Wales in Australia, has developed antimicrobial contact lenses. Together with colleagues Debarun Dutta and Jerome Ozkan of the Brien Holden Vision Institute in Sydney, Willcox bonded the naturally occurring antimicrobial peptide melimine to the surface of normal contact lenses. The researchers reported on preclinical studies on rabbits, and in April, on the first phase of human trials, which included 17 volunteers. They found that the antimicrobial lenses appeared as safe as regular lenses and maintained their antimicrobial activity against two major pathogens, P. aeruginosa and S. aureus. The researchers next plan to test the lenses in a larger sample of about 100 to 200 people, but it will be some time before antimicrobial lenses are available on the market.

The lenses are not likely to harm normal, commensal bacteria on the eye. “As the peptide is bound to the surface of the lens we believe it will only affect the growth of those microbes that attempt to bind to the lens surface and not those cultured from the surface of the eye,” Willcox told The Scientist in an e-mail. “But large-scale clinical trials are needed to prove this hypothesis.”

Whether the bacteria identified living on the surface of the eye are permanent residents or transient colonizers remains to be seen. The work of deconstructing the ocular microbiome is just getting started, but preliminary results have suggested it is distinct from the rest of the bacterial community that inhabits our bodies. “It stands apart,” Shestopalov said. “There’s statistical evidence of its difference from any other human microbiome.” 

A version of this article appeared on www.the-scientist.com in May 2014.