DNA sequences have been depicted in many ways. I have seen them color coded, to highlight certain features. Jacques Ninio proposed a geometric representation in which each base was shown as an arrow drawn at a particular angle to the previous one to capture the global properties of a gene in an abstract pattern. The most amusing was Susumu Ohno's transformation of sequences into music; he would play recordings of these little etudes during his lectures, noting which genes were Mozartian and which were Chopinesque. To those trying to find the true meaning of gene sequences, these seemed trivial and irrelevant pursuits, but I was very impressed and thought that they could provide new insights in the field of genetics, if not into genes then at least into geneticists.

It was after hearing Ohno talk at a meeting in Japan that I discovered that there may be a whole new way of looking at genes, and at the end of the meeting I was able to announce the birth of the new subject of Zenetics. This came from a comparison of the development of our subject with that of the Zen stone garden, the epitome of Zen art. As is well-known, Japanese art does not attempt to transform nature but merely rearranges it. Except for the odd Buddha, there are no works of monumental sculpture in which stone is carved into representations of the world; instead there are gardens where the arrangement of water, trees, and rocks is a representation of a famous view. One then finds gardens in which the vegetation has been removed to leave a more austere and abstract representation of a generalized landscape. Finally, there is a further stage where a few stones are placed on sand in carefully chosen arrangements and one comes to realize, in the true Zen fashion, that here the stones mean only themselves. If this is applied to genes and sequences, as in the new field of Zenetics, we can see the deep truth of the human genome: that most of the sequence means only itself. This is very different from saying that the sequences have no meaning at all. This difference can only be appreciated by the oriented mind, which is close to, but not quite the same as, the Oriental mind.

A few months ago I found a little book on Zen and realized that I had only scratched the surface of what could be an enormous collection of new knowledge. Zen Buddhism is very special, in that it has discovered a new approach to gaining understanding; you can forget about microarrays, cluster analysis and the rest of it because all you need is the process of enlightenment. It is hard to say what this is exactly, but when it happens you will know it, and that's that. Saying that sequences mean only themselves is such a moment of enlightenment, and the fact that it may be illogical only proves that it is the real truth, reached directly.

This qualifies me to provide the first complete exposition of Zenetics, so that others may benefit from it and enjoy the enlightenment it offers. Naturally this cannot be done in just one of these columns and there will be others to follow for those who wish to become true disciples. Here I can give only a brief introduction. First and foremost there is do, the way. Since Zen offers many possibilities, there are many ways, such as Chado, the way of tea, or Bushido, the way of the warrior, or Kendo, the way of the sword. I thought of leaving it as do, the way, which can also be taken as the imperative in English of doing. Then I thought of emphasizing this as dodo, the way of doing, but that would be confusing. Perhaps the best is Jindo, phonetically translated as the way of the gene but more accurately as the way of the person or even the way of the inner being.

Now, in addition to the way, Zen has three other features: the haiku, which is a poem of 17 syllables arranged as 5-7-5, which is what can be said in one human breath; koans, which are illogical riddles; and the sayings of the masters. The haiku allows us to capture an essence in one single statement, and here is an offering:

Or, a haiku that is a modification of the ancient form but still has 17 syllables:

I have no space for further exposition, except for one koan. A postdoc asked the teacher, "Why is there the word dai in the title?" The teacher replied, "Because it does not mean small." 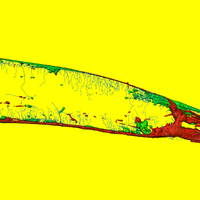 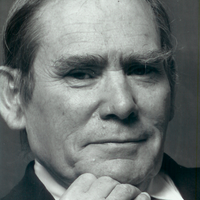