The "new growth theory" of economics is getting much attention in the popular press these days. For example, Paul Romer, a leading proponent of the new growth theory, is on the list of Time's 25 most influential Americans and Newsweek's list of 100 people to watch as America moves into the next century. Does the new growth theory have anything to do with science, and if so, what?

In an article I recently published in the Journal of Economic Literature entitled "The Economics of Science" (P. Stephan, 34:1199-235, 1996), I argue that the foremost reason economists have for studying science is the link between science and economic growth. The research enterprise, which is influenced by economic incentives, is a key component of the new growth theory. Furthermore, I go on to argue that a case could be made that some university researchers have become too interested in economic rewards for the good of science or for the long-term good of the economy.

That a relationship between scientific research and economic growth exists has long been part of conventional wisdom, articulated first by Adam Smith. Technology, an intermediate step between science and growth, has been the subject of extensive study by economists. More generally, the whole issue of the research and development strategies of companies has occupied a significant proportion of the economics profession during the past 50 or so years.

It is one thing to argue that science affects growth or to establish that a relationship exists between R&D and profitability. It is another to establish the extent that scientific knowledge flows within and between sectors of the economy and the lags that are involved in this "spillover" process. To date, economists have used three distinct lines of inquiry to examine the relationships. These lines of inquiry are discussed in the Journal of Economic Literature article and summarized here. One line inquires into the relationship between published knowledge and growth. Another samples innovations with the goal of determining the scientific antecedents of the innovation and the time lags involved. A third examines how the innovative activity of firms relates to research activities of universities and other firms. The studies suggest that spillover effects are present and that the lags between scientific research and its market impact are not inconsequential.

James Adams of the University of Florida and the National Bureau of Economic Research uses the published-knowledge line of inquiry to examine the relationship between research and growth in manufacturing industries. In one study (J. Adams, Journal of Political Economy, 98[4]:673-702, 1990), Adams measures the stock of knowledge available in a field at a particular date by counting publications in the field over a long period, usually beginning before 1930. He creates industry "knowledge stocks" by weighting these counts by the number of scientists employed by field in each of the industries studied. He then relates productivity growth in 18 industries over a 28-year period to stocks of knowledge that are directly related to the industry (what Adams calls "own knowledge") and stocks of knowledge that have flowed from other industries. Adams finds both types of knowledge stocks to be major contributors to the growth of productivity. He also finds that the lags are long: in the case of own knowledge, on the order of 20 years; in the case of knowledge coming from other industries, on the order of 30 years.

A different way to study the relationship between research and innovation is to seek the scientific and technological roots of certain innovations. An unpublished 1968 National Science Foundation study, entitled "Technology in Retrospect and Critical Events in Science," did precisely this, tracing the key scientific events that led to five major innovations: magnetic ferrites, video tape recorders, the oral contraceptive pill, electron microscopes, and matrix isolation. In all five cases, non-mission research-or research motivated by the search for knowledge and scientific understanding without special regard for application-played a key role and the time lag was significant, between 20 and 30 years. The study also found that a disproportionate amount of the non-mission research (76 percent, to be precise) was performed at universities and colleges.

A related approach to the question focuses on firms, instead of specific products, in an effort to ascertain the role that university research plays in product development. Edwin Mansfield of the University of Pennsylvania uses such a technique. In one study (E. Mansfield, Research Policy, 20[1]:1-12, 1991), for example, Mansfield surveyed more than 800 firms in seven manufacturing industries to determine the proportion of the firm's new products and processes commercialized in the period 1975-85 that could not have been developed (without substantial delay) in the absence of academic research carried out within 15 years of the first introduction of the innovation. He found that 11 percent of the new products and 9 percent of the new processes introduced in these industries could not have been developed (without substantial delay) in the absence of recent academic research. Using sales data for these products and processes, he estimated a mean time lag of about seven years. He also used these data to estimate "social" rates of return of the magnitude of 28 percent. In follow-up research (E. Mansfield, Review of Economics and Statistics, 77[1]:55-65, 1995), Mansfield found that academic researchers with ties to firms report that their academic research problems frequently or predominantly are developed out of their industrial consulting and that this consulting influences the nature of work they propose for government-funded research.

Knowledge spillovers can also be studied by examining this relationship between some measure of innovative activity of firms and the research expenditures of universities. This line of inquiry ignores the lag structure and focuses instead on the extent that such spillovers exist and are geographically bounded. The rationale for expecting them to be geographically bounded is that certain kinds of knowledge are difficult to communicate in writing, but instead are most easily communicated through face-to-face interaction. The approach is not restricted to examining the relationship between innovation and university research, but often includes a measure of private R&D expenditure in the geographic area to determine the extent that spillovers occur within the private sector.

Sometimes economists measure innovative activity by counting patents, as does Adam Jaffe of Brandeis University; sometimes they count innovations. Zoltan Acs of the Small Business Administration, David Audretsch of Georgia State University, and Maryann Feldman of Johns Hopkins University all used such an approach in their research. In either case, innovative activity is found to relate to the research activity of university units in the geographic area working in scientific disciplines that relate to the industry as well as to the R&D expenditures of firms in the same geographic area in similar industries. Acs, Audretsch, and Feldman found some evidence that these spillovers, particularly those coming from universities, are more important for small firms than for large firms.

Substantial Spillovers Despite the crudeness of the measures and the problems inherent in the various approaches, these studies go a long way toward demonstrating that the spillovers between scientific research and innovation are substantial, as are the lags. We cannot, however, leave the growth story here. The new growth theory hypothesizes that knowledge spillovers are a major source of long-term growth and that these spillovers are set in motion by endogenous forces; that is, they are affected by the operations of the market. The story goes something like this: In an effort to make profits, firms engage in R&D. Part of this R&D is appropriated by other firms, thereby creating increasing returns to scale and long-term growth. The work of Jaffe, Acs, Audretsch, and Feldman is consistent with this concept of endogenous growth, as is the work of a number of earlier researchers.

Five aspects of science lead me to argue that an endogenous element of academic research exists. First, profit-seeking companies support academic research, and this support is growing. Second, the problems that academic scientists address often come from ideas developed through consulting relationships with industry. Third, markets direct, if not completely drive, technology-and technology affects science, as Nathan Rosenberg of Stanford University argues so convincingly (N. Rosenberg, Inside the Black Box: Technology and Economics, Cambridge University Press, 1982). For example, instrumentation, which often comes from technology, has proved to be extremely important in ushering in new scientific discoveries. Fourth, government supports much of university research, and the level of support available clearly relates to the overall well-being of the economy. Finally, there is evidence that relative salaries and vacancy rates affect the quantity and quality of those choosing careers in a field. "Hot fields" like biotechnology have attracted a disproportionate number of people in recent years when the rewards, at least for a few, have been extraordinary. The impact on academic research has been substantial.

Sharon Levin of the University of Missouri, St. Louis and I have even argued (P.E. Stephan, S.G. Levin, Small Business Economics, 8[3]:177-88, 1996) that some university researchers have become too responsive to economic incentives for the good of science, or for the long-term good of the economy. A host of factors are leading university-based scientists in certain fields increasingly to "privatize" knowledge, trading what could be thought of as reputational rights for proprietary rights and the financial rewards attached to these rights. Among the factors encouraging increased secrecy is the change in the law that enables universities and nonprofit institutions to own patents resulting from sponsored research, an entrepreneurial spirit that grantsmanship fosters, and a time collapse in fields such as the life sciences that dramatically shortens the lag between basic discovery and application. In many instances, findings are eventually made public, but at a slower pace than would have occurred if commercial opportunities were not available.

In a recent study on the withholding of research results, published in JAMA-Journal of the American Medical Association (277:1224-8, April 16, 1997), David Blumenthal and colleagues report the results of a survey of 3,394 life science faculty members from the 50 universities that received the most funding from the National Institutes of Health in 1993. They find that 19.8 percent of the 2,167 respondents reported that publication of their research results had been delayed by more than six months in the last three years at least once and that it is the more productive and entrepreneurial faculty who are most likely to report the delays. It is, of course, not always the scientist who initiates the delay. Publication can also be delayed or suppressed by companies sponsoring research. An extreme example is the case of Betty Dong and colleagues at the University of California, San Francisco. Their research on thyroid medication took seven years to see the light of day and was published only last month in JAMA. According to a JAMA editorial (D. Rennie, "Thyroid Storm," 277:1238-43, April 16, 1997), Dong's lengthy fight over publication with the contracting pharmaceutical company was occasioned by the fact that her research findings proved unfavorable to the company's claim that their product was superior to three other preparations.

The move to "privatize" obviously does much to foster knowledge spillovers. Basic science, however, is also affected by the process. Privatization keeps knowledge from being available to others (at least in a timely fashion) and bypasses the peer-review system that helps to monitor quality and produce consensus in science. 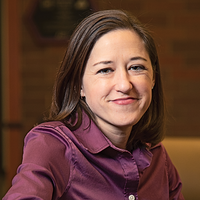