Every student of biological evolution learns about peppered moths. During the Industrial Revolution, dark ("melanic") forms of this moth, Biston betularia, became much more common than light ("typical") forms, though the proportion of melanics declined after the passage of pollution-control legislation. When experiments in the 1950s pointed to cryptic coloration and differential bird predation as its cause, "industrial melanism" became the classical story of evolution by natural selection. Subsequent research, however, has revealed major flaws in the classical story. It's time to take another look.

In 1896, J.W. Tutt noted that typicals were well camouflaged against the light-colored lichens that grow on tree trunks in unpolluted woodlands; but in woodlands where industrial pollution has killed the lichens, exposing the bark and darkening the tree trunks, melanics are better camouflaged. Since conspicuous moths are more likely to be eaten by predatory birds, Tutt attributed the increase in the proportion of... 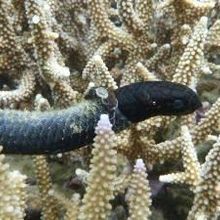