A recent county-by-county study of the U.S. population demonstrated that life expectancy was decreased by as much as 15 years in those communities experiencing the most severe poverty (C. Murray et al., U.S. County by County Pattern of Mortality by Race, 1965-1994, Harvard Center for Population and Development, 1997). This is particularly disturbing given that such disparities were uncovered in a U.S. Department of Health and Human Services report released in the mid-1980s (Report of the Secretary's Task Force on Black and Minority Health, Volume I, 1985). Both poverty and racial diversity increased in the U.S. during the 1980s and 1990s, so disparities in disease burden can be expected to increase in the future unless the relationship between the complex variables is elucidated.

In fact, pockets of disease disparities have grown over the past 15 years, even though the U.S. has one of the best health care systems in the world. Possibly the most distressing finding of the various reports on the relationship between poverty and disease burden is that exposure to extreme poverty early in life has detrimental and long-lasting effects on health status later in life (M. Lillie-Blanton et al., Annual Review of Public Health, 17:411-8, 1996).

While behavioral and lifestyle factors, nutrition, and access to health care services are important contributors to the increased morbidity and mortality among socioeconomically disadvantaged populations, environmental and occupational exposures-over which these individuals have little control-are likely to play a prominent role (K. Sexton et al., Toxicology and Industrial Health, 9:685-727, 1993; K. Olden et al., Health & Environment Digest, 9:77-9, 1996). Where one lives and works is less a matter of choice than a result of one's socioeconomic status. Thus, people in the lower socioeconomic strata are more likely to live in the most hazardous environments and to work in the most hazardous occupations, a fact that would be reflected in greater health risks.

Viewed from this perspective, the high morbidity and mortality among the poor might derive in part from the nation's social, economic, public health, and environmental policies. If this possibility becomes documented fact, it would pose a serious challenge to the current health care system and force difficult policy decisions concerning the enforcement of environmental statutes and allocation of scarce resources. At the same time, if the high incidence of disease and injury among the poor is related to their living and working in the most polluted or hazardous environments, then the opportunity for prevention is enormous.

The premise that environmental health risks are borne disproportionately by members of socioeconomically disadvantaged communities has been gaining wider acceptance over the past six years. For example, the National Institute of Environmental Health Sciences (NIEHS) of the National Institutes of Health, the Environmental Protection Agency (EPA), and the Agency for Toxic Substances and Disease Registry cosponsored several workshops and symposia to identify research issues and needs related to poverty, disease burden, and environmental quality. In addition, President Clinton signed an Executive Order (#12898) on Feb. 11, 1994, in which he directed federal agencies to address the "disproportionately high and adverse human health or environmental effects of their programs, policy, and activities on minority and low-income populations."

More recently, NIEHS and other NIH institutes joined with the Centers for Disease Control and Prevention (CDC) and EPA to commission an Institute of Medicine evaluation of the research, educational, and policy requirements for environmental equity in impoverished and minority communities. This report is expected to be released later this year.

While the putative role of the environment in the health status of the poor only recently emerged as a national issue, the underlying points in question have been a major concern of social and behavioral scientists, public health researchers, and environmental activists for almost 20 years (R. Bullard, Dumping in Dixie: Race, Class and Environmental Quality, Boulder, Colo., Westview Press, 1990). In fact, the terms "environmental justice" and "environmental equity" were coined to focus attention on the adverse health effects thought to be associated with the existence of pollution-intensive industries and hazardous waste sites in low-income and minority communities. The increased attention that poverty is receiving as a disease risk factor is encouraging. The impact of recent efforts, however, can be assessed only in light of the extent to which they lead to change in future environmental and public health policies. Such information will not be available for some time.

Indisputably, a possible interaction of environmental pollution, poverty, and disease burden has gained greater prominence as a legitimate public health issue. However, there are almost no scientific data that attempt to untangle the intricate relationship of these factors to preventable disease risk. The data available are mostly anecdotal and circumstantial. The one well-documented example of an association of poverty, pollution, and illness is that of lead poisoning. Data that more clearly establish a link between disproportionate exposure to environmental carcinogens and toxicants and a resulting disproportionate morbidity and mortality in the poor will be needed before national priorities, in terms of both health research and public policy, are reordered.

Most data cited to support claims of greater environmental exposures in poor communities rely on indirect surrogates for exposure, such as proximity to pollution sources, and statistical associations between race and income. These studies consistently report that members of socioeconomically disadvantaged communities are more likely than their affluent counterparts to live near sources of environmental pollution. Because racial minorities are more likely than whites to be disadvantaged in terms of education, income, and occupation, it follows that these groups are at higher risk for illness resulting from environmental exposures. The great need at this time is to conduct exposure assessment studies that define actual exposure levels, to investigate genetic and racial differences in susceptibility to these exposures, and to identify biomarkers of disease risk. Use of these three elements in future studies would bring a refinement in the data set that would be optimal in determining the boundaries of the environmental justice issue. In the meantime, a conscious effort needs to be made to prevent further encroachment on the environment, and thus health, of the socioeconomically and politically disadvantaged. Encouraging results have been produced by grass-roots advocates in concert with concerned environmental scientists and regulators to develop more sensitive and equitable solutions to environmental justice problems.

Recognizing the need to extend its scientific capabilities to benefit local communities, NIEHS has established several novel outreach programs. One is the requirement that all NIEHS-supported Environmental Health Sciences Centers have a Community Outreach and Education Program (COEP) so that the scientific expertise at the centers can be used to solve regional environmental health issues and educate local citizens. Another novel grant program-the Comunity- Based Prevention/Intervention Research Program-provides resources and support to implement culturally relevant prevention/intervention activities in disadvantaged or underserved populations. A third is the Environmental Justice Grants Program, which supports environmental health research issues relevant to disadvantaged populations.

Two examples of successes illustrate the potential impact of these programs. The first is a community-outreach effort by the NIEHS Environmental Health Sciences Center at the University of California, Davis, that focused on health issues of migrant farm workers. To monitor potential adverse effects of pesticides in farm workers, the state requires routine assays of blood levels of acetylcholinesterase, an enzyme that serves as a biomarker of exposure. As part of its COEP responsibilities, the NIEHS center in Davis examined this monitoring program and made some surprising discoveries. The commercial bioassays being used were inaccurate, often underestimating enzyme levels, and thus exposure effects, by as much as 40 percent. Furthermore, the various assays available used completely different units of measurement, making meaningful comparisons difficult. As a result of the NIEHS COEP study, this center is now working with state regulatory agencies to bring the fulfillment of the legal requirement in line with the public health intent of the law.

A second was effected by an NIEHS Environmental Justice and Partnerships for Communication grantee in Los Angeles. Southeastern Los Angeles is an area in which heavy industry borders residential Hispanic neighborhoods. One such neighborhood was jolted by the discovery of a mountain of broken concrete and asphalt being created in its midst as part of efforts to clean up earthquake-destroyed roads. Heavy dust was a constant reminder of the dump's presence. Concerned neighbors contacted a community group that had been awarded an NIEHS Environmental justice grant. This group was able to convince some city councilors to examine the site. One councilor had to leave the site when his lung collapsed and another when his asthmatic condition became aggravated by the dust. Although these two council members became supporters of a need to clean up the site, the other members were not persuaded. The grantee, however, was able to broker a partnership with a nearby NIEHS center to monitor the site and to use the information to convince the local air pollution agency to demand remediation. The agency has now ruled that the debris and dust must be removed in 12 months and residents must be consulted at all stages of remediation. This same grantee also engineered a smaller cleanup of ground glass deposited in an outside storage area next to a residential neighborhood. These examples illustrate ways in which local communities can be helped, and their health improved, while the science base of the environmental justice issue is being developed. They show that change is possible, but that it requires integrating the efforts of community advocates with the scientific expertise of a concerned environmental health commu-nity. With these partnerships, however, it is possible to serve the public better, particularly the disadvantaged and minority populations who so often bear the greater burden of environmental hazards. 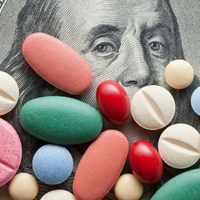