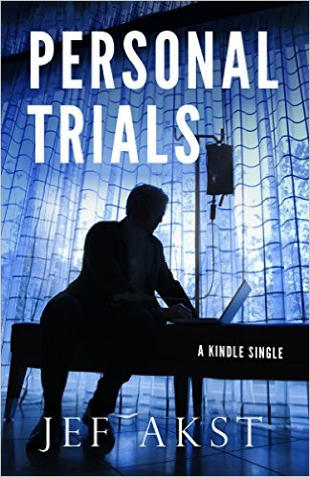 Personal Trials, an Amazon Kindle SingleCOVER DESIGN BY KERRY ELLISThere are few diseases as devastating as amyotrophic lateral sclerosis (ALS). I have watched friends slowly die of this horrific disease. As The Scientist Senior Editor Jef Akst describes in her debut book, Personal Trials, ALS slowly attacks the nerves running out of the spinal cord, robbing patients of their abilities to walk, to communicate—eventually, to move altogether—all while leaving their minds intact. ALS patients are trapped inside their own bodies until eventually the disease attacks the muscles involved in eating and breathing. The disease is uniformly fatal. There is one US Food and Drug Administration-approved drug, which for some patients slows the progression of the disease for a few months.

Some patients, faced with nothing but a slow, miserable death, decide to throw “Hail...

The reasonable conclusion to draw from a cursory reading of Personal Trials is that patients pursuing long-shot leads, rumors, or the shady pronouncements of quacks or purveyors of nostrums is that DIY clinical research efforts are pointless. If there was a magic-bullet ALS drug out there, the free market provides plenty of motivation for mainstream entrepreneurs and scientists to find it. Mucking around on the Internet is not the path to finding cures for anything except the poverty of the conmen and rip-off artists who dwell in the cloud.

But there is something wrong with this conclusion. There are dying people who don’t qualify for most clinical trials: Is there no role that medicine and regulatory agencies can find for those willing to go so far as to engage in DIY activities?

ALS patients have little to lose, and they’re often willing to take extreme risks. Can researchers design safety studies or small trials using would-be DIYers that can generate some information on the safety and efficacy of potential treatments? Can’t more creative thinking be directed to organize the efforts of the desperate to pursue long odds and offbeat ideas without blessing every quack out there who wants to prey upon that very desperation?

I came away from Personal Trials sad for those suffering from ALS while drowning in medical bills and left to muddle along on their own, essentially abandoned by mainstream medicine. The courageous and determined patients Akst describes deserve better.

I am no fan of DIY clinical research, and this book did not change my mind. But saying no to DIY research does not mean the research enterprise should deny those who want to try to help themselves or others. More must be done to give a role in research to those willing to die for a chance to try a long shot.