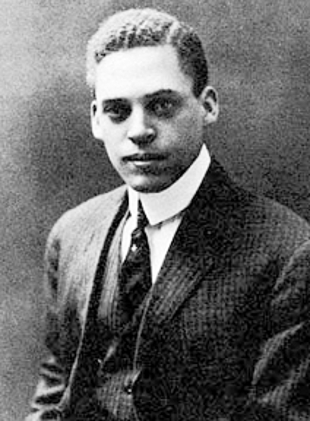 Ernest Everett JustWIKIMEDIARecent reports indicate that African American biomedical scientists have a disproportionately tougher time when applying for federal research grants than do their white peers. Although steps have been taken to ameliorate the problem through minority-targeted initiatives, the discrepancy persists. Yet black scientists—and researchers of all ethnicities, for that matter—can often make unique contributions by virtue of their particular social and cultural perspective. In this essay, I describe the life and work of an early 20th century African American biologist, Ernest Everett Just, who experienced almost insurmountable challenges but who nonetheless triumphed and, in the end, made an indelible mark on the history of biology. I use the example of Just to emphasize that diversity is critical for science, and that as a community we must do all we can to remove the disparities that exist.

E. E. Just was a world-renowned embryologist who studied fertilization and...

After his first trip abroad in 1929, to a marine station at Naples, Just became much bolder in the presentation of his scientific ideas. He began to challenge prominent biologists whom he felt were too reductionistic. One of these was Thomas Hunt Morgan, the future Nobel laureate and formulator of what is known as the gene theory, which proposed that genes are arranged in linear arrays on chromosomes. Morgan was a leading spokesman for a newly emerging cadre of geneticists who believed, as many scientists do today, that genes in the nucleus were dominant over cytoplasmic factors: they were the units of inheritance; they directed the developmental process; and they controlled all of the events of the cell. In contrast, Just thought that there was more of an equal relationship between cytoplasm and nucleus.

At a national meeting in 1935, Just publicly challenged Morgan. He presented his own explanation, which he called his “theory of genetic restriction,” for how genes and cytoplasmic factors interact during differentiation. As he described in his 1939 book The Biology of the Cell Surface, Just believed that the role of the nucleus was to sequester this or that set of cytoplasmic factors, thereby freeing the remaining factors to steer differentiation in one direction or another. In Just’s view, the nucleus was more like a holding pen than the seat of power that the geneticists imagined. Of course, we now know that Just was incorrect in denying a central role for genes. But in recent years it has become clear that genes are not really like miniature dictators barking orders from the nucleus. Rather, they work hand in hand with factors in the cytoplasm.

Indeed, thanks to insights gained through the ENCODE project, we now know that the genome is a virtual hot bed of activity entirely dependent on extranuclear determinants. Fully 80 percent of the human genome is “functional” in the sense of being either bound by a transcription factor (or other regulatory protein) or actively transcribed into RNA. Even the definition of the gene is being challenged, and the old model of the cell for which there was a one-way flow of information from DNA to messenger RNA to protein—the central dogma—appears to be no longer tenable.

We see, then, that although Just’s theory was wrong in some respects, it was nonetheless right in terms of stressing the importance of nuclear-cytoplasmic interaction. In other words, Just had an egalitarian view of the cell that is being appreciated more today. But how was he able to hold this view, when it clashed so strongly with those of prominent biologists of his day? Certainly the results of his own experiments on the changes that occur in the egg during fertilization and cleavage must have convinced him that he was right. But I believe that cultural factors may have been at play as well.

As a professor at Howard University, Just was familiar with the landscape of black intellectual thought. He knew about the writings of scholars such as W.E.B. Du Bois and Alain Locke. Du Bois, for example, believed that race was not biologically determined, but was derived from the history and shared experience of a group. On the other hand, Locke believed that the free exchange of cultural ideas between ethnic groups was vital to the success of a nation, and he advocated for cultural reciprocity. Did these ideas influence Just’s view of the cell? We cannot know for sure without historical evidence, but the thought is intriguing.

What is clear is that E. E. Just, a black man living in the first half of the 20th century, made significant contributions to biology. His contributions and perspective were unique; they arose out of his unique life experiences. Indeed, I believe that, both then and now, diversity is critical for the scientific enterprise. Diversity is the creative engine of science, and it must be promoted and encouraged at every turn. We in the scientific community should be concerned about disparities in research funding and opportunity, for they rob us of diversity. We should do everything in our power to correct them.

W. Malcolm Byrnes is an associate professor in the Department of Biochemistry and Molecular Biology at Howard University College of Medicine in Washington, DC. 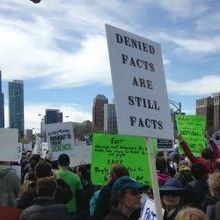 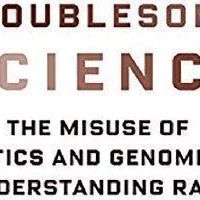