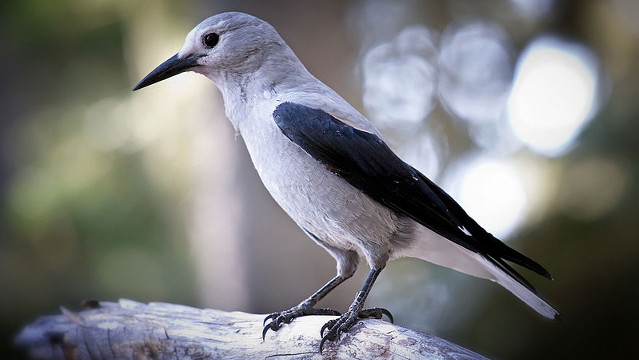 Less well-known, but similarly impressive, is the ability of a Clark’s nutcracker (Nucifraga columbiana)—a bird commonly found along the western flanks of North America—to remember where it stores thousands of separate caches of food.

Experts in animal cognition who have examined similar abilities in birds and other creatures maintain that nonhuman animals that exhibit savant-like behavior do not display any equivalent dysfunction. The prodigious memory of the Clark’s nutcracker...

Interestingly, these divisions seem to apply to both humans and animals, reflecting the ancient evolutionary origins of these systems. Usually, the left hemisphere dominates the right, but the reverse emphasis can lead to the emergence of some of the traits of autistic savants.

Researchers have found that when parts of the left hemisphere are inhibited via the application of a series of magnetic pulses, people without autism can exhibit savant-like skills. A 2012 case study describing the extraordinary artistic and musical ability of a 63-year-old autistic savant, published in Comprehensive Psychiatry, also found right-sided enlargements for the amygdala and the caudate, two structures that are important for learning.

People with autism—with and without savant abilities—tend to have difficulty reading emotions and intentions in others, a problem that may stem from dysfunction in a group of neurons first discovered in the late 1990s, called mirror neurons. Researchers have suggested that these neurons are essential for both empathy and imitation as they fire not only when a certain action is performed, but also when an individual watches another person performing the same action.

For example, studies in monkeys show that mirror neurons fire both when a monkey grasps at an object, and when it observes a human or another monkey performing a similar grasping action. Dysfunction in these neurons might contribute to an autistic individual’s struggle to read emotions in other people.

Although Clark’s nutcrackers may not be autistic savants, their extraordinary abilities to remember do stimulate ideas about the neurological adaptations—beneficial and detrimental—that accompany such cognitive behaviors in animals. Understanding left and right hemisphere processes, and the balance they produce in terms of a focus on details or a global picture, will be essential for unravelling many of the mysteries of autism.

Laurence O’Dwyer is a neuroscientist and writer with Asylum Productions.