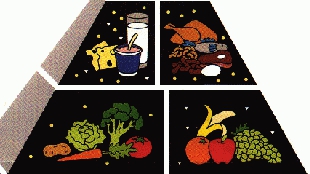 WIKIMEDIA, USDARecently, I was the lead author on a paper demonstrating that about 40 years and many millions of dollars of US nutritional surveillance data were fatally flawed. In most research domains, such a finding might be monumental; yet in nutrition epidemiology—the study of the impact of diet on health, hereafter referred to simply as “nutrition”—these results are commonplace. In fact, there is a large body of evidence demonstrating that the systematic misreporting of energy and macronutrient intake renders the results and conclusions of the vast majority of federally funded nutrition studies invalid.

So what is going on? Is such research mere pseudoscience? And if so, how can the federal government continue to spend billions of taxpayer dollars on studies that are making no demonstrable progress in our nation’s fight against obesity and diabetes?

We may be witnessing the confluence of two inherent components of the human condition:...

Moreover, nutrition research fails to control for well-known, empirically supported, and in many cases obvious confounders. For example, the Food and Agriculture Organization of the United Nations and World Health Organization have repeatedly determined that human food energy requirements should be estimated using total daily energy expenditure, and that physical activity and basal energy expenditure are the primary determinants of this measure. Yet nutrition research rarely measures any form of energy expenditure or quantifies physical activity. This failure has led to a plethora of results that are suggestive of multiple and often divergent explanations, thereby obfuscating the examination of diet-health relationships. Nowhere is this fact more evident than the field’s inability to answer one simple question: What should we eat?

The responsibility for this unfortunate state of affairs rests squarely on the leaders of nutrition research. Rather than training graduate students in the scientific method, and allowing their research to serve the needs of society, the field’s leaders choose to train their mentees to serve only their own professional needs—namely, to obtain grant funding and publish their research. I have experienced these practices myself as I transitioned from student to graduate research assistant to research fellow, and colleagues continue to emphasize that this is how it must be, lest they fail to get funding and ‘feed’ their graduate students and families. But by not training mentees in the basics of science and skepticism, the nutrition field has fostered the use of measures that are so profoundly dissonant with scientific principles that they will never yield a definitive conclusion. As such, we now have multiple generations of nutrition researchers who dominate federal nutrition research and the peer review of that work, but lack the critical thinking skills necessary to critique or conduct sound scientific research.

The apparent self-interest that is driving research in this field is not limited to raising students to merely follow the herd. The subjective data yielded by poorly formulated nutrition studies are also the perfect vehicle to perpetuate a never-ending cycle of ambiguous findings leading to ever-more federal funding. The National Institutes of Health spent an estimated $2.2 billion on nutrition and obesity research in the 2012 fiscal year, a significant proportion of which was spent on research that used the pseudoscientific methods described above. The fact that nutrition researchers have known for decades that these techniques are invalid implies that the field has been perpetrating fraud against the US taxpayers for more than 40 years—far greater than any fraud perpetrated in the private sector (e.g., the Enron and Madoff scandals).

When anti-science rhetoric occurs at a Kansas school-board fight over creationism, we can nod our educated heads in silent amusement, but if multiple generations of nutrition researchers have been trained to ignore contrary evidence, to continue writing and receiving grants, and to keep publishing specious results, the scientific community as a whole has a major credibility issue. Perhaps more importantly, to waste finite health research resources on pseudo-quantitative methods and then attempt to base public health policy on these anecdotal “data” is not only inane, it is willfully fraudulent.

The solution to this dilemma is quite simple: funding agencies must stop funding flawed nutrition research, and the editors of nutrition journals need to stop publishing the results. Given the immense amount of money invested in this field each year, this goal is much easier to state than to accomplish. Nevertheless, the health of our nation depends on nutrition finding a scientist that can disperse the wolves and lead the overly credulous nutrition flock to more productive pastures and empirically supported public health policies.

Edward Archer is a research fellow at the Arnold School of Public Health at the University of South Carolina. He recently coauthored a PLOS ONE article on this topic.