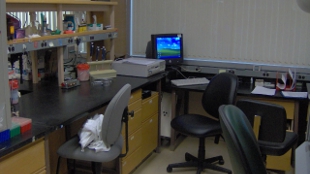 FLICKR, JAMESZI have spent the last 10 years in biomedical research in both Ireland and the United States, and during this time I have become increasingly concerned by the wasteful state of academia. In particular, I have serious concerns regarding the publication process, which is intricately linked to the acquisition of funding.

Firstly, it is almost impossible to publish “negative data.” There are a few journals such as the Journal of Negative Results that are willing to publish such findings, but leading scientists don’t publish in this journal. There is neither obligation nor incentive for researchers to publish negative data so it goes into a drawer and never again sees the light of day. This is highly unethical on a number of levels. It leads to duplication after duplication of experiments that many researchers know don't work. It delays research, as scientists inevitably go down extraneous paths before finding...

Furthermore, in the West, we now insist on only hiring scientists who have published in top-tier journals. If you suggest to any of the top institutions that this policy is in place they will vehemently deny it, even though the publication history of their recent hires suggests otherwise. This is also a highly unethical practice as it pretty much excludes most of the world from participating in research at this level. Indeed, according to a conversation I had with the PI of a very well-funded lab in the U.S., to produce enough data to publish in these journals can cost well over $1 million dollars per paper. This is an elitist sport now. “We are an equal opportunity employer” no longer applies. “We employ people who have a science lineage only” seems more appropriate. By that I mean those who have come from wealthy labs who could afford to publish in the journals that are deemed acceptable.

In addition to money, it takes time and an inordinate amount of data to publish in these journals. This presents another ethical issue, which is that this data could be disseminated in significantly less time if it was published in bite-size chunks. Moreover, even once a manuscript is submitted, it can take journals up to a year to make a decision to publish it. During this time, the reviewers, who are experts in the field, have been known to sit on their review while they steal ideas and progress them to a point where they will be ahead of the submitting author for the next paper, as some of my peers have experienced.

Finally, the funding bodies, many of which are publicly funded, only award grants to scientists with top-tier publications, further perpetuating the problem: they too are excluding the vast majority of the world from scientific endeavor. Furthermore, they are allowing journals—for-profit business entities—dictate the future of research, as well as who may participate.

Linda Feighery spent 10 years in biomedical research in Ireland and the U.S. and is currently working as a medical writer in London.

This piece is dedicated to the memory of Feighery’s friend and mentor Graham Neale, most recently a visiting professor at Imperial College London, who passed away this month (October 5).