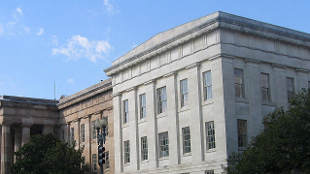 The National Portrait Gallery, located in the Old Patent Office Building in Washington, D.C.WIKIMEDIA, AUDEOver the past year there have been a number of articles written about the ever greater importance bestowed by the programmatic and policy endeavors of the US Patent and Trademark Office (USPTO) and the overall US intellectual property ecosystem. In particular, there has been much criticism of the changes imposed by the Leahy-Smith America Invents Act (AIA) passed in September 2011—including a recent opinion article in The Scientist by George Lewis, who argued that the new law “discriminates against academics and small biotechs.” Unfortunately most of the time, the issues presented to the public—and the basis of many of Lewis’s arguments—are either incorrect or missing key pieces of information to explain why the law operates in a particular fashion.

First, the passing of AIA did not result in a “first to file” system, as...

The AIA also makes allowance for those innovators who are cash-strapped through the creation of a micro-entity discount. The discount allows for a 75 percent reduction of the filing fees for the first four patent applications filed. That is a lot of money saved, which can be better used elsewhere in building one’s company or ramping up technology development.

In addition, the new policy has other added benefits for biotech, such as the implementation of three levels of examination procedures: accelerated, regular, or decelerated. Given the rapid changes in technology development for the IT-world, a rapid acceleration patent examination track—which boasts a start-to-finish time of less than 1 year from the initial filing—makes sense for inventors who need patent protection sooner. In the biotech and cleantech space, on the other hand, more stringent market regulations make a slower patent examination process more appropriate, such that your patent protection kicks in closer to the time the product actually hits the market, maximizing its protection following regulatory approval.

The AIA also has stipulations that now make it simpler for third party intervention in the patent application review process, which was severely limited in the past. Given the massive amounts of information a patent examiner must review and the limited time they have to render a decision on a patent application, it always helps to have additional input from known experts in the field. As a result of AIA, submitting pertinent prior art for consideration by third parties is much easier, helping the patent examiner do their job much more effectively and efficiently. Furthermore, the new policy incentivizes inventors to publicly disclose the information contained in the patent, and the public is now allowed to weigh in on what they may consider to be controversially issued patents. Furthermore AIA allows for more efficient streamlining and a higher quality of review for questionable patents by the Patent Trials and Appeals Board via revamping of the appeals process. These are important steps towards the enabling of further transparency between all parties involved in the intellectual property system.

In conclusion, no legislation emanating from a democracy is going to be perfect given the various stakeholders in play, but the passing of AIA was a step in the right direction for keeping the United States’ competitive edge in a globalized economy. In addition to the benefits highlighted above, the AIA has empowered the USPTO to expand from its sole office in the Washington, DC, to metro-area to satellite offices in Detroit, San Jose, Denver, and Dallas, where the agency will undoubtedly recruit new talent and resources to ensure a high-quality and efficient US Patent system for the 21st century.

G. Nagesh Rao is a former patent examiner and senior policy advisor for the Department of Commerce’s US Patent & Trademark Office and the Office of Innovation and Entrepreneurship, and the cofounder of the public-private partnership, Made in America. He is also the cocreator of a free Patents Webinar series in conjunction with the National Council of Entrepreneurial Tech Transfer (NCET2) and the US Federal Government’s Working Group on Technology Transfer.