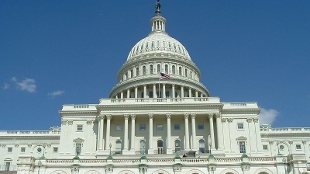 WIKIMEDIA, VCELLOHOWe at the Global Health Technologies Coalition (GHTC) have been inspired this year by a number of scientific breakthroughs designed to combat some of the greatest public health scourges across the globe. For the first time in 40 years, a new treatment was approved by the US Food and Drug Administration (FDA) for multidrug-resistant tuberculosis (TB), second only to HIV/AIDS as the greatest infectious killer worldwide. In another landmark decision, the FDA also approved for the first time a drug (Truvada) that can be used to prevent HIV through a method known as pre-exposure prophylaxis, or PrEP, which targets high-risk individuals. The recent development of semisynthetic artemisinin to treat malaria means that scientists now have a new, stable source for the drug, whose supply has historically depended upon a volatile crop that only grows in a few places in the world. And just this week, groundbreaking research supported...

These are just a few of the impressive array of other important discoveries that emerged this year. In fact, there has been a remarkable increase in the number of global health products developed in recent years, with 45 new tools registered between 2000 and 2010. In more than half of these cases, the work was supported by the US government. But the cuts that will come with this month’s mandatory sequestration, unless policymakers reverse the sequester and stop the full force of the budget slashes,  and the potential for additional cuts down the line, mean that progress could come to a standstill while research projects sit on the shelf.

Sequestration will have widespread effects on funding levels for US global health and R&D programs, which will see cuts of 5–7.8 percent. For instance, some government estimates predict that sequestration will cut over $400 million from global health initiatives at the State Department and USAID. Other estimates predict that the NIH will lose more than $1.5 billion. Without question, cuts of this magnitude will severely hamper scientific progress at these agencies to develop new vaccines, drugs, and other health tools against HIV/AIDS, TB, malaria, and neglected tropical infections like Chagas—diseases that are increasingly affecting American populations. The very nature of the research process means that budget cuts will have long-lasting and damaging effects on current and future health tools already in the research pipeline. Many research projects interrupted by funding reductions cannot be seamlessly resumed once funding is resumed in the future.

Last week (February 26), the GHTC released our annual policy report, with clear recommendations on how the government can build upon its historical legacy in science and create a more coordinated and harmonized approach to developing global health products. In particular, we call on policymakers to:

As they make decisions regarding the federal budget in the coming days and weeks, members of the US Congress and presidential administration have the option to choose a path that will renew the nation’s leadership and scientific innovation, or one that has the potential to decimate progress that we’ve made so far. Let’s hope they choose wisely.

Kaitlin Christenson is the coalition director for the Global Health Technologies Coalition, a group of more than 25 nonprofit organizations working to increase awareness of the urgent need for technologies that save lives in the developing world.