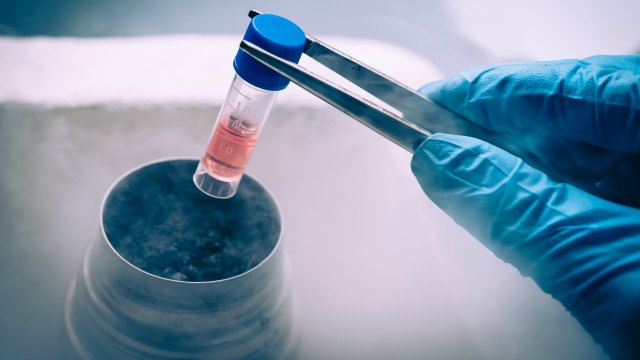 ISTOCK, PABLO_KFor decades, biobanking has been held up as an essential research tool. While few doubt the scientific value of having catalogues of well-characterized tissues, cells, and other samples, these research platforms have also generated a significant amount legal and ethical controversy, especially in the context of consent and the control of research samples. Despite the ubiquity of biobanks, there continues to be vigorous debate about issues such as how consent should be obtained and the control of donated material.

This reality has created a remarkable situation. Throughout the world, billions of public and private dollars have been invested in biobanks and millions of individuals have been asked to donate biological material and personal information. But, at the same time, there remains deep uncertainty about fundamental legal and ethical norms.

In a PLOS Biology commentary published today (July 25), my colleague at the University of Alberta, Blake Murdoch...

Legal scholars have argued that in some jurisdictions the most commonly used form of consent—that is, broad or open consent—does not adhere to relevant legal norms, which would seem to require, rightly or not, a more comprehensive and/or specific approach to the consent process. With broad consent, participants provide permission for a range of as yet unknown research projects. But because the details of future work cannot be known, this approach means providing research participants with far less information than is traditionally disclosed in the case of specific consent.

More importantly, the public is divided on these key legal and ethical issues. For example, a study of more than 1,200 Canadians (done by my team at the University of Alberta) found little agreement regarding the ownership of research samples. While many (44 percent) thought the research institution owned the sample, a significant proportion (24 percent) thought research participants retained legal control. A 2015 systematic review of relevant public perception studies concluded that “many people do not favor broad consent for either research itself or for research and subsequent wide data sharing.”

It is true that many studies have consistently found that, for the most part, the public supports biobanking initiatives and trusts the research community. But that support and trust are fragile. There are many social forces, such as the increasing involvement of industry in biobanking initiatives, which could erode public confidence. Studies have found, for example, that links to industry erode public trust and decrease the perceived acceptability of alternative forms of consent, such as the use of broad consent.

In addition, there are a number of social trends that may heighten public interest in the control of human biological material. High-profile research ethics controversies—such as the case of Henrietta Lacks, now an HBO movie staring Oprah Winfrey—can have a profound effect on public perceptions and consent policy.

An emerging interest in biorights, though not widespread, could also challenge existing approaches biobanking. Indeed, areas such as genetics and stem cell research receive a great deal of positive coverage in the popular press, including reference to the economic potential of the work. Might these enthusiastic portrayals of the value of human biological material lead some in the public to wish for increased and ongoing control over their contributions to the research enterprise?

Here, we do not seek to resolve whether such claims are justified. Rather, our goal is to highlight that any escalation of interest in the control of research data, even if by a small percentage of research participants, would further complicate the consent issues surrounding biobanking initiatives.

Within the scientific community it has become widely accepted that biobanks are an indispensable research tool, essential for teasing out complex gene-environment interactions. There is little doubt that biobanking is here to stay. But we need to recognize that despite decades of academic debate, fundamental legal and ethical challenges remain. While some jurisdictions have introduced policy reforms to address these consent dilemmas, much confusion remains. This seems an unsustainable situation.

Given the intensifying interest in biobanking and in the value of human biological material, a more definitive resolution to the consent dilemma is required. In most jurisdictions, including our home country of Canada, this will require the enactment of new legislation that appropriately balances the need for an ethically coherent consent process with the desire to facilitate the execution of socially valuable biomedical research.

Timothy Caulfield is a Canada Research Chair in Health Law and Policy at the University of Alberta.