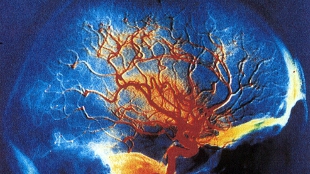 FLICKR, ADRIGUEarlier this year, President Obama kicked off the BRAIN (Brain Research through Advancing Innovative Neurotechnologies) Initiative with great fanfare, announcing a $100 million funding grant to start a “bold new research effort” aimed at unlocking “the mystery of the three pounds of matter that sits between our ears.” This is great news for scientists who study brain function in the sense that any funding and high-level attention is a welcome addition to a comparatively underfunded, underappreciated field of study. But it’s hardly a grand national challenge on par with the Apollo and Human Genome Project to which it’s sometimes compared.

In fact, other countries are taking a much more aggressive approach to advancing brain science. In China, the Brainnetome project was launched nearly 10 years ago, and the European Union is pouring $1.5 billion into its Human Brain Project. As Máire Geoghegan-Quinn, European Commissioner for Research, Innovation...

Indeed, healthcare costs are a chief culprit in government budget shortfalls, and a growing portion of those costs are brain-related. A recent RAND Corporation study found that the cost of caring for patients with dementia is already on par with the cost of treating cancer or heart disease, and dementia care expenses are projected to double by 2040. Despite that, brain health initiatives get only a fraction of the funding devoted to other conditions. And the BRAIN Initiative does little to change this.

In addition to the relatively paltry funding provided for BRAIN, the project also has ill-defined real-world goals, unlike the President Kennedy’s clear mission of the Apollo program: a moon landing and safe return. If brain science initiatives were framed in an equally compelling way, they would be much more likely to improve the lives of millions of people with autism, attention deficits, depression, traumatic brain injury, strokes, Alzheimer’s disease, and more.

For example, an online brain health check-up application is about to be commercialized in Canada, as the result of a public-private partnership, to help individuals keep track of their cognitive status over time. Its aggregate results can provide incredibly valuable data points for public health officials to objectively evaluate and refine standards of prevention, diagnosis, and treatment.

Such national efforts, which combine relatively inexpensive digital tools with Big Data analysis, enable scientists and statisticians to gain insight into population brain health issues that can have major effects on public policy, workplace productivity, and education. The National Health Service in the U.K., for instance, is currently using online-based therapy tools as first-line treatment for anxiety and depression, before any anti-depressants are prescribed. And in Singapore, the government is funding researchers and start-ups to develop next-generation brainwave monitoring and training tools to enhance student concentration and academic outcomes.

The BRAIN initiative could take a valuable lesson from these initiatives—and from the Apollo program. By linking its research agenda and outcomes to what is precisely required to enhance the health and lives of all our citizens, this nationwide effort would begin to live up to its hype.

Alvaro Fernandez runs SharpBrains.com, an independent market research firm that tracks applied neuroscience. The firm recently published a book: The SharpBrains Guide to Brain Fitness: How to Optimize Brain Health and Performance at Any Age (April 2013).