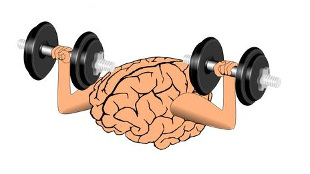 OPEN CLIPART, EGGIBThe world’s population is aging. By the year 2030, 20 percent of the US populace will be 65 or older, and similar changes are occurring globally. One challenge associated with population aging is the expected increase in prevalence of cognitive impairment and dementia. The Alzheimer’s Association currently estimates that there are more than 5 million cases of Alzheimer’s disease (AD) in the U.S. and predicts that number will increase to more than 14 million by 2050. AD is both a frightening and fatal disease—currently the sixth leading cause of death in the U.S.—and unfortunately, there are still no effective treatments. Even in the absence of dementia, millions of older adults struggle with declines in memory and thinking.

Given the lack of success in identifying treatments for AD or cognitive impairment, researchers have turned their attention to prevention. AD has a decades-long preclinical, or asymptomatic, period, where the...

Meanwhile, products already on the market claim to build, support, and protect brain function. Companies like Lumosity, for example, produce online games that promise to train your brain for better performance in memory and other aspects of cognition. With millions of dollars invested in these industries, brain health is clearly big business. In 2013, Forbes named Lumosity, which has millions of customers, one of “America’s most promising companies.” But are the promises of improved cognition supported by evidence?

So far, the answer is no. Recently, the Stanford Center for Longevity and the Berlin Max Planck Institute for Human Development convened a group of more than 60 neuroscientists to develop a consensus statement on how well brain games match up to their advertised benefits. The group concluded that “claims promoting brain games are frequently exaggerated and at times misleading.” The consensus group reported that while game scores will in fact improve for most consumers, these are short-term improvements that do not extend to other brain functions. In other words, better scores are the result of practicing the games and do not appear to translate into better memory, thinking, or gains in intelligence. Further, there is no evidence that these brain-training games will prevent or slow the onset of cognitive impairment or dementia.

It’s important to note, however, that there is strong evidence that the brain is affected by intellectually challenging experiences. Higher educational attainment is associated with reduced incidence of dementia, and it has been estimated that more than 1 million cases of AD could be prevented globally if the prevalence of low educational attainment (i.e., grade school or less) was reduced by 25 percent. Moreover, older adults who participate in mentally stimulating leisure activities have been observed to be at about half the risk for dementia compared to those who do not participate in such activities. In general, mentally stimulating activities include but are not limited to reading, socializing with friends and family, taking classes, doing volunteer work, and playing games.

There is also compelling evidence that structured cognitive training in older persons can result in long-lasting benefits. The Advanced Cognitive Training for Independent and Vital Elderly (ACTIVE) study randomly assigned 2,800 volunteers age 65 and older to one of four groups: memory training, reasoning training, processing-speed training, and control. ACTIVE training sessions comprised 10 60- to 75-minute sessions over five to six weeks. Booster training sessions at 11 months and 35 months post-training were also provided to a randomly selected subset of volunteers. After 10 years, participants in all training groups reported higher levels of functioning in the instrumental activities of their daily lives—managing finances, household shopping, preparing meals, and so on—compared with controls, and the reasoning and processing-speed training groups maintained advantages in their trained areas of cognition.

Similarly, the Finnish Geriatric Intervention Study to Prevent Cognitive Impairment and Disability study (FINGER) randomized 1,260 volunteers between the ages of 60 and 77 who were at risk for cognitive decline to either a multidomain intervention or general health advice. The intervention group received dietary counseling, individually tailored strength training and aerobic exercise programs, and cognitive training, including group and individual computer-based training comprising 82 sessions over a two-year period. While absolute group differences were not large, the intervention group showed significantly better executive function, processing speed, and overall cognition. In short, cognitive training, along with lifestyle modifications, may be a viable strategy for improving or maintaining cognitive functioning in older persons, so long as it is done with the appropriate intensity and duration. As yet, online games do not appear to meet those criteria.

In addition to remaining intellectually active, older adults concerned about maintaining their cognition must protect their cardiovascular health. The brain contains multitudes of blood vessels, and lack of physical activity seems to affect the brain negatively, just as it does the heart.  Stroke carries its own risks of cognitive impairment and dementia, independent of diseases like AD. The American Heart Association recommends that older adults get at least 150 of moderate-intensity physical activity minutes per week. Time spent playing computer-based brain games might be better spent, when possible, taking a walk.

In summary, brain games have not yet fulfilled their promises of improved brain fitness. This does not mean that computer-based cognitive training will never be able to improve cognitive function, but it does not appear that training with the right amount of intensity and duration is yet available. If such games are enjoyable for their consumers, there is no compelling reason to stop playing, but for those hoping to avoid dementia, a focus on improving cardiovascular health and seeking broader opportunities for mental stimulation may prove more beneficial.

Erin Abner is an assistant professor of epidemiology and gerontology at the University of Kentucky College of Public Health and Sanders-Brown Center on Aging.