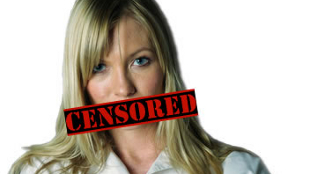 IMAGE COURTESY OF WWW.SCIENCEUNCENSORED.CACanadian government science is under siege. The administration of Prime Minister Stephen Harper—first under the guise of creating a uniform message across the government, and more recently with the stated intent of controlling intellectual property and cost-saving—is dismantling the Canadian governmental science apparatus and its role in providing a source of accountability in Canadian democracy.

This erosion began in 2007 with the imposition of rules requiring that all public servants (including government scientists) get approval before speaking in public or to a journalist on any topic. These rules were rolled back for routine queries about the weather, but other than that, scientists were to check with media relations or communications officers before any public contact.

Of course, this in isolation is not a problem, except that the government made sure that such requests, particularly for potentially sensitive research (e.g. about the impacts of climate change), were...

Even more insidious, some approvals came with pre-determined talking points, boring bullets beyond which scientists were not to stray. With so much red tape over their mouths, it was unclear what the point of talking to government scientists was. Journalists certainly weren’t able to ask what might have motivated research, what the implications of the research might be, or where research might be headed in the future. Without journalists talking directly and openly to scientists, all the subtle details, the judgments or interesting extras that don’t make it into scientific papers, remain obscured.

Some politicians defending these policies argue that the only thing scientists need to do is publish their research, that access beyond the scholarly literature is unnecessary.

But this ignores both the additional questions journalists can ask scientists and the need for such communication in the media to bring research to the attention of the public—a public that, by the way, pays for the research.

More recently, though, even the freedom to publish is being undermined. Despite denials by officials, there is evidence that Canadian government scientists are being required to get approval before submitting papers for publication—and that approval is as much about political ideology as about evidential soundness. An American scientist was asked to sign a confidentiality agreement in order to continue working with Canadian scientists (on Arctic issues) and, understandably outraged, refused, releasing the details of the new rules. An official claimed the change in policy was to protect Canadian “intellectual property.”

Public service scientists should not tolerate controls on their intellectual property that limit the public’s access to research the public funds. Perhaps the outrage of non-Canadian scientists is precisely what administration officials are seeking, as Canadian government scientists will find themselves in fewer collaborations with non-Canadians as a result, further weakening Canadian science.

Finally, it appears as though the Harper administration is doing its best to close research facilities and programs—many of which focus on environmental impacts and monitoring—that produce unwelcome scientific results to those concerned only with development.

While the administration might claim that these closures are about saving taxpayer dollars, a closer look reveals something else. For example, the Experimental Lakes Area (ELA) in northern Ontario costs the government CAD $2 million per year to run, mostly in salaries for off-site scientists who analyze data from the remote research station. Even though the government is shuttering the 45-year-old ELA, it must continue to pay these researchers’ salaries at least in the near term as they are unionized. In addition, the ELA carries with it about $20-$50 million in clean-up liability because some of the experiments there involved purposely polluting lakes to track the ecological effects.  Decommissioning the site would thus be more expensive than keeping it open from a purely economic perspective, irrespective of its use as a world class research facility. It seems the government would rather not know the effects of silver nanoparticles on fresh water systems, would rather not know how long it takes aquatic systems to recover from mercury contamination, would rather not know the effects of warming waters on trout populations to such an extent it is willing to take an economic hit to suppress the research, some of which has already been funded by other agencies.

Canada is providing an object lesson in how to foster ignorance for political purposes in three easy steps: 1) Keep your scientists away from journalists so that access to the public diminishes; 2) Suppress the scientists’ ability to collaborate and publish their work; and finally 3) Dismantle the laboratories that support research producing unwelcome results.

Politicians promise us many things, but we need someone to measure whether they are delivering them and whether there are any undesired side-effects of their policies. This is one of science’s main jobs in contemporary democratic societies. Industry certainly will not fund the kind of environmental monitoring being undermined here, nor can university scientists be tasked with the kind of large scale assessments across decades that provide the best data. Government scientists in government labs, serving the public interest, are ideally situated to fulfill this purpose.

At least, they would be if they were allowed to freely speak to the public about their research, to freely publish their results, and to serve the public interest, rather than the interest of the particular administration under which they work. Without science of this kind, politicians could tell us whatever they want about the impacts of their policies. Who would be able to challenge them? Current Canadian policies are not just an assault on science, but an assault on democracy.

Heather Douglas is the Waterloo Chair in Science and Society in the Department of Philosophy at the University of Waterloo in Ontario. She has published numerous articles and a book, Science, Policy, and the Value-Free Ideal (University of Pittsburgh Press, 2009) on her area of research, which focuses on the science policy interface.