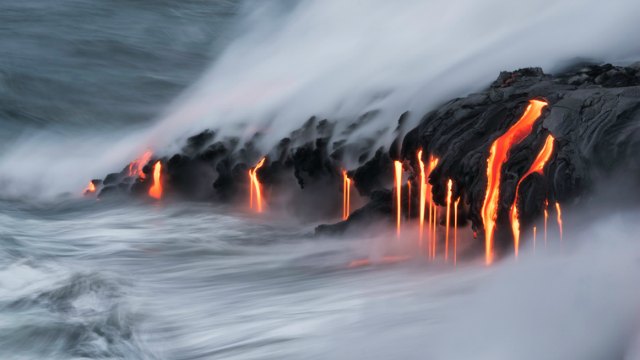 ISTOCK, JUSTINREZNICKThere is a pernicious temptation in science to speak authoritatively about topics that are beyond scientific exploration and certainty. This has led some theoretical physicists to advocate for a “post-empirical” form of science. That is the idea that theories need not be judged on their ability to make new and testable predictions about the observable universe, in some cases, the absence of a plausible alternative is sufficient. One might be forgiven if one sees an analogous situation in biology, specifically when it comes to the origin(s) of life on Earth or elsewhere, and the steps behind major, essentially historical evolutionary events. For example, there are almost daily reports (and rather excited press releases) of how some scientific observations argue for the plausibility of life on other planets, in other solar systems, or in other galaxies, when in fact, what has been found is one...

In a world in which magical thinking persists in popular culture, as witness the number of prominent public figures who speak out against vaccination, advocate unproven, “natural” treatments for (currently) medically incurable diseases, make claims for a flat Earth, or advocate for the insertion of jade eggs to strengthen vaginal muscles, there is a serious challenge to the scientific community as to how to maintain an appreciation for established scientific conclusions and to convey the underlying logic of the scientific enterprise.

Until nonLUCA-derived forms of life are discovered, it does not serve the integrity of science as a source of dependable knowledge to speculate on what came before LUCA much beyond that.

In the context of origin-of-life studies, a key is to explicitly recognize the constraints under which science operates. In contrast to the quote from Jack Szostak and colleagues in a 2001 Nature article, “Defining life is notoriously difficult; its very diversity resists the confines of any compact definition,” the real problem is that the diversity of life, as we know it, is superficial and something of an illusion—we know of only one type of life, one original organism, and all of the subsequent organisms derived from it by various evolutionary processes. Moreover, we cannot examine this “last universal common ancestor” or LUCA, although there is no scientific doubt that A) it existed, B) it used DNA to store information, C) information was expressed in the form of RNAs, many of which, in turn, encoded polypeptides/proteins, D) it was bounded by a lipid membrane, and F) it can be characterized as a nonequilibrium reaction system, one that has been running continuously for billions of years and whose descendants are present in every living cell since (see my 2010 article on the topic).

LUCA was pretty complex, with the machinery to maintain its nonequilibrium state, a specific nucleotide-to-polypeptide coding scheme, and the ability to carry out DNA replication, transcription factor–regulated RNA synthesis, and ribosome-mediated, RNA-directed polypeptide synthesis. We might go a little further, and speculate that LUCA arose in a special environmental niche, and given its membrane-nature, likely an iso-osmotic one. The evolutionary adaption of a cell wall to deal with hypo- and hyper-osmotic conditions was likely an early (post-LUCA) innovation that allowed the spread and diversification of proto-bacteria and proto-archaea to more osmotically challenging environments—perhaps driven in part to escape wall-less predators, as proposed by Patrick Forterre of the Institut Pasteur.

But what came before and the exact steps leading to LUCA are unknowable. Moreover, the billions of years that have elapsed since LUCA’s origin and the active nature of evolutionary processes that result in new genes “popping out” of the noise and becoming essential in organisms from fruit flies to humans, combined with the reality of structural or functional convergences, the growing recognition of small and alternative open reading frames that encode functionally different proteins, and the ubiquity of various forms of horizontal gene transfer, means that historic details and their evolutionary drivers are often obscure.

Eugene Koonin at the National Center for Biotechnology Information and colleagues have speculated about a Virus World that “antedates the advent of full-fledged cells,” that is, LUCA.  More recently, there has been some excitement about the discovery of various “megaviruses” and whether they played a role in the origin of the eukaryotic nucleus), a post-LUCA event, or whether they form a “fourth domain of life”) that arose before or in parallel to LUCA. But what do we know about the evolutionary history of the Megavirales, given the rapid evolutionary rates they display? While it is relatively easy to point to when dinosaurs originated and when (most) became extinct, establishing similar timelines is more difficult with viruses and organisms that fail to leave a physical fossil record. In the case of the Megavirales family, phylogenic analyses have been interpreted to support simple origins and subsequent complexification, suggesting the behavior of a molecular parasite rather than a driver of cellular origins.

Forterre has made a number of points related to what we can know about LUCA. For example, while students are often presented with an implicit model of early life as essentially bacterial or archaeal (prokaryotic), this “just-so” story ignores the fact that these are highly evolved organisms, specialized for specific ecological niches with streamlined genomes. LUCA may well have been more complex than previously thought, but that tells us little about the steps leading to LUCA.

So what are we left with? All pre-LUCA models are based on plausible chemistry, an idea pioneered by the Miller/Urey experiment in 1959 that found that passing electrical current through what the scientists presumed was a likely early terrestrial atmosphere led to the generation of a complex array of organic molecules, including precursors of molecules found in modern organisms. More-recent studies have begun to refine these hypothetical scenarios, defining environments for the synthesis of raw materials, and then more-complex proteins, RNAs, and lipids. These molecules came together in some presumably stable or stably oscillating environment to generate pre-LUCA systems, whether based on “RNA world” type replicators, such as ribozymes—RNA molecules with both enzymatic activity and the ability to replicate themselves—or metabolic (nonequilibrium chemical reaction) systems, leading to membrane-bounded systems. All this not withstanding, until non-LUCA-derived forms of life are discovered, it does not serve the integrity of science as a source of dependable knowledge to speculate on what came before LUCA much beyond that.

Mike Klymkowsky is a molecular biologist and biology educator at the University of Colorado, Boulder.