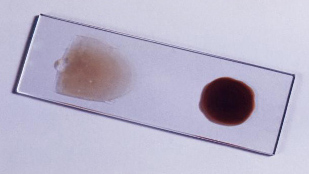 A notable impact of the so-called London Declaration to date has been a significant increase in drug donations for NTDs for diseases for which treatments already exist. However, NTDs must be identified before they can be properly treated. One major challenge to fulfilling the goals of the London Declaration, then, lies in the lack of readily available, easy-to-use, reliable, and low-cost diagnostic tools to identify infected patients, monitor the impact of drug programs, and watch for disease re-emergence. These tests, such as those recently developed for sleeping sickness by our organization, the Foundation for Innovative...

While diagnostics for NTDs are significantly less costly to develop as compared to drugs or vaccines, the process required to develop and introduce tests that can be used in low-resource settings is not without its challenges. Among the phases in which issues can arise are: prototype development and technical validation; manufacturing validation; performance evaluation and clinical validation; endorsement and scale-up.

Despite the obvious benefits and the pressing need for new diagnostics, current funding levels are wholly inadequate to address the NTDs. To date, diagnostics for NTDs have received limited funding, encouraging few manufactures to enter the field.

Consider malaria: it has been estimated that to meet the goals established by the global malaria community, funding for diagnostics needs to quadruple from the $12 million expended in 2009 to approximately $50 million per year. But funding for new diagnostics covering all conditions affecting the developing world totaled less than $120 million in 2011.

And because the successful introduction of a new diagnostic requires effective collaboration with companies, the healthcare sector, the WHO, and health ministries in endemic countries, private firms face several impediments when attempting to bring new tests to market. As a result, the current diagnostic gaps are the Achilles heel to the WHO and London Declaration’s ability to fulfill their lofty goals.

These stakeholders and the signatories on the London Declaration must find creative solutions to address the funding gap for NTDs. We propose: making the case for the economic benefits of diagnostics; seeking out new funding sources from outside industries, such as those with a vested interest in preventing disease among their workers, and wealthy individuals in countries where a philanthropic culture has not yet been inculcated; creating incentives to attract manufacturers by providing development, regulatory, and clinical expertise through better utilization of product development partnerships to assist manufactures in migrating the diagnostic development and uptake landscape, and development funding; enhancing coordination of funding among current and future global partners to the London Declaration to better leverage their investments.

Unfortunately, in the absence of a concerted effort to fund diagnostics for NTDs, the signatories to the Declaration will face major challenges in their genuine efforts to remove “neglect” out of NTDs.

Mark Kessel is chairman of the Foundation for Innovative New Diagnostics (FIND), of counsel to Shearman & Sterling LLP, and a founding partner of Symphony Capital LLP; Joseph Ndung’u­­­­­ is head of Human African Trypanosomiasis & Other Neglected Diseases at FIND.