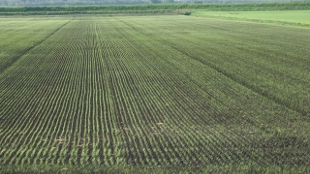 WIKIMEDIA, BRYAN PREADYResearchers have genetically modified crop plants to grow well in harsh environments where conventional crops cannot flourish due to the prevalence of pests and diseases. They can overcome weeds by allowing the use of environmentally-safe herbicides, and they can overcome insect pests and the diseases they carry by producing very specific toxins that do not affect beneficial insects and are harmless to humans and animals. But there is one environment that seems insurmountably hostile to GM crops—the European Union.

Why is the EU so against GM crops? This is a question that top-level policymakers will likely never answer, even though the EU’s own scientific bodies have demonstrated that GM crops are safe. The EU cannot grow enough food or feed to sustain its own population using conventional agriculture, so banning the growth of GM crops comes at a great expense. There is no rational scientific reason for...

EU politicians will not come off the fence on the subject of GM crops for fear of upsetting a small but vocal minority. The main opponents are the environmental lobby, who would rather accept the unnecessary use of hazardous chemical pesticides rather than acquiescing to the growth of GM crops, the safety of which has been proven by more than 15 years of cultivation around the world with not a single reported adverse effect. The European organic lobby also opposes GM crops, seeking to protect their price premiums for products which are now known to be no more healthy or beneficial than any other crop. The de facto moratorium on GM agriculture in Europe is an economic issue, not a safety issue as these opponents would like the public to believe.

The evidence from around the world where GM agriculture is accepted is that these crops increase agricultural productivity, reduce environmental damage and the carbon footprint of agriculture, make farmers competitive, and increase the wealth and wellbeing of the poor. Applying the same principles in Europe would allow the farming sector to increase productivity and wealth and free itself from the self-destructive common agricultural policy (CAP) which is widely acknowledged as a millstone around the neck of Europe. The adoption of GM agriculture would also reverse the brain drain and industrial migration seen in recent years, as agriculture technology companies move their research abroad where they are likely to see their products adopted and to get a return on their investment. This could help drive economic growth and generate taxable income that Europe needs to gain momentum and lift itself out of its current financial crisis.

It is hard to see any technology get adopted when faced with the constraints applied to GM agriculture in Europe. Despite the fact that GM crops have illustrated their safety, opponents demand cast iron proof of zero risk—proof that has never been demonstrated for any product or technology in history and that cannot be demonstrated because it is impossible to prove a negative. The EU has granted more than 70 million Euros in research funds to 500 scientific groups over 25 years, yielding one key conclusion: ‘‘Biotechnology, and in particular GMOs, are not per se more risky than e.g. conventional plant breeding technologies’’ (European Commission, “A Decade of EU-funded GMA Research,” 2010). Yet GM crops have yet to be grown in Europe, although exactly the same products are imported.

Others object to GM technology on the basis that it is controlled by “big business,” but this ignores the fact that agriculture itself is dominated by big businesses that produce and distribute seeds. The business model adopted for GM technology is no different than that in use for conventional agricultural products. The “big business” fear mongering is more straw man than actual bogeyman.

The time has come to fight against this insidious attack on the progress of European science. It is fair to ask questions, demand answers, and ask for evidence of safety. But it is not fair to continue an aggressive campaign of Luddite opposition when all the evidence supports a positive role for GM agriculture in Europe. To rectify the situation we need to remove the political component in the approval process of GM crops and use an objective, science-based, and rational approach based on real evidence rather than short-term political ambitions. If we pander to a vocal but ignorant minority, the EU will end up the poor cousin in a world of growing affluence, where those willing to embrace biotechnology and its ability to address the global challenges of hunger, poverty, disease will become the future’s new economic leaders.

Gemma Masip, Maite Sabalza, Eduard Pérez-Massot, Raviraj Banakar, David Cebrian, Teresa Capell, Ramon Albajes, and Paul Christou work in the Department of Plant Production and Forestry Science at the University of Lleida-Agrotecnio in Spain. Richard M. Twyman works at TRM Ltd in the United Kingdom. And Christou also has an appointment at the Institucio´ Catalana de Recerca i Estudis AvanÇats in Barcelona.