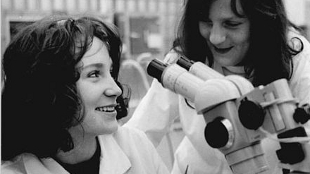 WIKIMEDIA, SCHAAR HELMUTIn the late 1980s, on the heels of several high-profile scandals involving misconduct in scientific research, US policy makers initiated a move towards instituting formal instruction about responsible conduct and ethics in research (RCR). “Lack of formal discussion about responsible research practice and the ethics of research is a serious flaw in the professional training of young scientists and clinicians,” the Institute of Medicine of the National Academies stated in 1989. The assumption was that formal RCR training would reduce the incidence of fabrication, falsification, and plagiarism in research. Over the next decade, training programs evolved slowly, and by the turn of the century, RCR instruction for graduate students and postdoctoral fellows was firmly established in policies from the National Institutes of Health (NIH) and National Science Foundation (NSF). Today, RCR training constitutes its own industry, from experts who provide paid consulting on the development of RCR...

But now, 20-plus years later, it is only fair to ask: Does it work? The simple answer is, “No.” Today, 1 in 3 scientists responding anonymously to surveys admits to “questionable” research practices; research misconduct cases handled by the US Office of Research Integrity (ORI) are at an all-time high; and retractions of scientific papers have increased exponentially since 2005. It should be noted that not all retracted papers involve foul play, but a recent study reported in PNAS surveying 2,047 biomedical and life-science papers revealed that 67 percent of retractions were directly attributable to misconduct. The rapidly rising incidences of retractions and misconduct contribute to erosion of the public trust, and are financially costly. In 2010, researchers estimated that a single misconduct investigation costs an institution $525,000.  If all allegations of misconduct reported to ORI in 2011 were investigated, the costs would exceed $125 million.

So why are we witnessing this alarming trend in retractions and research misconduct? It is unlikely that researchers are unaware that falsification, fabrication, and plagiarism are unethical practices. It is, however, quite possible that ubiquitous RCR programs are contributing to the trend. Over the past 20 years, technicians, graduate students, postdoctoral fellows, and faculty have become fluent in the language of misconduct. Today, most universities have their own Office of Research Integrity, a full-time Research Integrity Officer (RIO), and mechanisms that encourage anonymous reporting. Consequently, individuals may feel increasingly more comfortable about coming forward to report suspected research misconduct. In addition, plagiarism is being discovered at higher rates due to the use of sophisticated detection programs. For example, 80 percent of the findings of research misconduct issued by NSF over the past 10 years involve plagiarism.

As a working scientist and RIO, however, I believe that it’s not simply the better identification of questionable research practices that has led to these retraction and misconduct trends; additional factors are at play. First, and most importantly, the competitiveness of the environment for NIH funding has increased dramatically. From 1997–2003, success rates for NIH funding hovered around 30 percent. However, in 2011, overall NIH success rates for research projects fell to 18 percent, with success rates for new investigators at just 15 percent. A highly competitive environment no doubt breeds unethical behavior.

Retraction data from Nature (2011) and NIH success rates from ScienceInsiderTo make matters worse, the assessment system in the biomedical and life sciences is highly skewed by quantitative metrics. Individual and institutional research success is assessed by numbers of graduate students and postdoctoral fellows trained, number of funded grants, number of papers published in high-impact journals, and other citation metrics. Such an assessment system puts the focus on achieving these specific measures, rather than on simply doing high-quality research. Furthermore, the administrative and regulatory burden on research faculty continues to increase. The Chronicle of Higher Education reports that scientists spend 42 percent of their time on administrative tasks. Despite this time sink, they are still expected to maintain the same high research output, magnifying the need to do more research in less time. Administrative duties can also take researchers’ attention away from the bench, potentially allowing errors to creep in. Finally, a majority of biomedical and life science researchers depend on “soft” money, such as grant funding, to support themselves, generating intense economic incentives for scientists to generate high-quality data and high-impact publications.

These manifold pressures have created a perfect storm: a hypercompetitive and time-stressed research environment. Under these conditions, some fraction of investigators may increasingly rationalize experimental “sloppiness” and questionable practices, or commit outright misconduct in order to attain success. Plotting retractions of published papers as a function of NIH success rate suggests we have reached such a threshold: when only around 20 percent of grants are funded, the numbers of retractions skyrockets. (See figure.) The notion that the competitive research environment is contributing to the trends in retractions and misconduct is not novel, but it is important to fully appreciate the impact of the current environment, as it suggests that RCR training by itself cannot be effective.

So what are the solutions?  First, the ever-increasing regulatory and administrative burden faced by researchers needs to be dealt with. To this end, the National Science Board has recently created a task force to help address these issues, but universities must also provide resources and adopt strategies—such as using electronic database systems, dynamic forms, and protocol-tracking software—to help researchers comply with the regulatory requirements. Second, mentors need to be actively engaged in RCR training. Some in the bioethics community believe that with the advent of RCR programs, many researchers have relinquished their mentoring responsibilities, but science still remains an apprenticeship model and mentors retain considerable influence. To facilitate moving RCR training back into the lab, the University of California, San Diego, has incorporated “Train the Trainer” in their RCR approach. According to their website, this program “facilitates workshops and expands the ability of faculty, at the departmental level, to mentor their trainees directly, using research ethics examples relevant to their specific discipline.”

Finally, and most importantly, we need more money. An increase in the NIH budget would not only help ease the hypercompetitive environment, it is necessary for the continued improvement in the health and wellness of the country. This is the “century of biology,” and there is enormous potential for dramatic breakthroughs and innovations in the biomedical and life sciences. Improving the NIH funding environment is simply the right thing to do.

James Hicks is a comparative and evolutionary physiologist in the Department of Ecology and Evolutionary Biology at UC Irvine. His research focuses on the evolution of the cardiopulmonary system. He is also Associate Vice Chancellor for Research and the campus RIO.