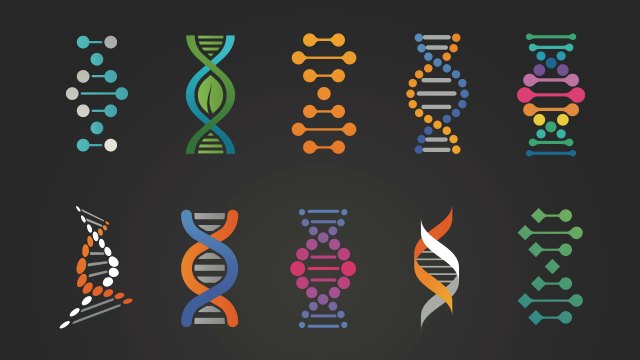 ISTOCK, MA_RISHIn 2007, 54 years after his ground-breaking co-discovery of the structure of DNA, Nobel laureate James Watson was the first individual to have his genome sequenced for less than $1 million. Whereas the Human Genome Project amounted to $3 billion over a period of 13 years, and Watson's genome took two months to be sequenced, costs have dropped significantly since then, with sequencing pioneer Craig Venter, among others, setting his sights on the $100 genome that can be sequenced in under an hour.

In the meantime, new markets beckoned, and another source of human genetic data emerged from direct-to-consumer genetic testing (DTC-GT). Following a sharp decrease in costs for analyzing genetic information, companies such as 23andMe, FamilyTreeDNA, and Ancestry.com now provide customers access to their genetic data for a comparatively affordable fee and the industry keeps growing (see dnatestingchoice.com for the most commonly used DNA testing providers...

Yet with popularity comes scrutiny: who will benefit from the privatization of genetic data? Rather than allowing for companies to hoard the spoils of DTC-GT, some scientists and consumers have taken matters into their own hands, encapsulated in the platform openSNP (https://opensnp.org/). Initiated in 2011, it essentially involves volunteers sharing their genomic, health, and trait data publicly and encourages individuals to allow for their genetic data to be used in research projects. Despite of the platform’s radically open nature, the project has attracted more than 5,000 registered users to date.

It is easy to imagine fears being stoked to stifle this new approach before it can prove itself useful to the research community and to the volunteers. Beyond the technological facets encompassed by unlocking the secrets of the human genome, other elements, such as privacy concerns or fears of genetic discrimination, are less visible. Indeed, the idea of open genomic data sharing may trigger public sensitivity and distrust, and many countries have enacted stringent provisions regarding international genomic data sharing. Some even prohibit it.

In a recent study, published this week in PLOS ONE, we thus set out to characterize the motivations of 550 people who had decided to share their genomic data on openSNP. The study is the first attempt to describe open data sharing activities undertaken by individuals without institutional oversight.

We found that health concerns, though prominent, were not the users’ primary or only motivation to be tested and share their data. Rather, it was ancestry that was most commonly mentioned. When asked specifically why they decided to openly share their SNP data, 86 percent of respondents indicated wanting to learn about themselves as relevant, followed by contributing to the advancement of medical research (80 percent), improving the predictability of genetic testing, and considering it fun to explore genotype and phenotype data (both 76 percent). Moreover, most users are still concerned about privacy protection but take the risk under the assumption that it is reasonably acceptable.

In our study we therefore highlight that it is crucial to consider benefits, risks, and developments that stretch beyond the health spectrum. We ought to pay attention to the value users attach to being tested and to sharing data also in terms of contributing to the common good of research or seeking connection to other people and places.

The nature of today’s health data is evolving. Along the way, we are learning how to extract new forms of value from those data. And whereas vast repositories of genomic data might give companies unprecedented power, new technologies have also ushered in an era of new possibilities for citizen science. This scientific involvement of the public is opening new ways to engage with science. It’s been 10 years since Watson had his genome sequenced. Today, more and more citizens can do the same. Imagine what could happen in the next decade.