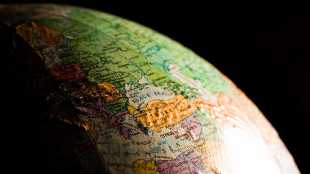 FLICKR, KENNETH LUIn order for US research universities to remain competitive in today’s knowledge- and innovation-driven global economy, it is essential to expand research and scholarly collaborations and forge partnerships internationally. In recent years, the value of international collaboration has been increasingly emphasized by federal agencies, including the US Agency for International Development and the National Science Foundation (NSF), both of which now encourage more cross-border cooperation in science, technology, and education.

However, the 2012 NSF Science and Engineering Indicators report highlighted some concerns. As indicated in the report, two direct measures of international collaboration are coauthorship of research publications with foreign researchers and co-patents with foreign inventors. Over the past decade, the number of papers published by US researchers with international collaborators has remained relatively flat, increasing only at 1–2 percent each year. Breaking it down by country, the report showed that coauthorship with Chinese researchers has increased...

Furthermore, the total number of patents filed jointly under the Patent Cooperation Treaty  by US and foreign inventors in 2010 was 5,440, a 6 percent decrease over the previous 3 years.

The decrease in U.S.-based global collaborations should concern our science and technology policymakers and institutional leaders. Such worldly partnerships are essential for producing the best science and remaining competitive in the global scientific community. Any one US university cannot sustain broad expertise and infrastructure in all disciplinary areas. In addition to domestic collaborations, transnational partnerships can also provide opportunities for greater research synergies and complementarities. These collaborations also increase the breadth of scientific inquiry and have accelerated the commercialization of research around the globe.

For example, new generation influenza vaccines arose from collaborations between US and Japanese pharmaceutical companies; information technology and cybersecurity tools were developed by the US Department of Defense with international allies; high-yielding wheat varieties resulted from research between the US Department of Agriculture, land grant universities, and the CGIAR Consortium of International Agricultural Research Centers; and clean energy and low carbon technologies from joint work by a consortium of US and Chinese universities, national laboratories, and private sector companies.

Without a doubt, strong relationships between individual researchers are the most common and strongest indicator of productivity. Scientists identify colleagues with whom they would like to work, and these friendships translate into long-term collaborations, student exchanges, and scientific and creative outputs. For example, among WSU’s top 20 researchers, 16 have extensive international collaborations, with 32 percent of their peer-reviewed publications being internationally coauthored. But universities can also play a bigger role in promoting international research partnerships.

Indeed, such collaborations at the institutional level must begin with stronger interaction between the offices that have oversight of research and international affairs. University research and international offices can partner on incentives and procedural changes (e.g. international travel awards, promotion and tenure guidelines that encourage outreach, etc.) as well as lobby federal agencies to provide more funding for multi-institutional collaborative projects. These offices can also help strategically map and forecast emerging research fields; identify gaps in expertise, instrumentation, and resources; find foreign partners that can complement institutional priorities and strengths, including sharing of high-technology equipment; facilitate interdisciplinary connections; and promote targeted domestic and international institutional, multidisciplinary, and multilateral linkages.

Some universities already offer such services, and at WSU, the support has resulted in new international research travel awards, targeted workshops, intra-institutional and transnational interdisciplinary collaborations, and more than 100 proposals submitted and new grants funded over the last fiscal year.

Jane Payumo is an international research associate and Prema Arasu is professor and vice provost in the Office of International Programs at Washington State University (WSU). They are part of the larger team at WSU supporting comprehensive internationalization approaches.