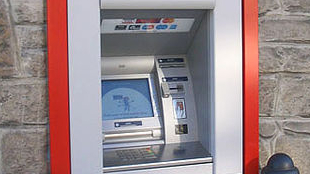 WIKIMEDIA, WALTER BAXTERFrance was the first country to use plastic-embedded simultaneous multiple algorithm technology (SMART) back in early 1970s. We then witnessed a global explosion of these data-holding cards for banking and other applications during the following decades. Now, at the start of this century, we are pushing this technology into health care by beginning to develop a health SMART (H-SMART) card that has the potential to transform health care delivery into a more efficient, precise, economic, and readily accessible system than ever before imaginable.

The development of the H-SMART card also began in France, starting out in the 1990s as a health insurance card and later, when a federal law was passed in 2004, came to include an individual’s medical history. Germany introduced a similar health insurance card in the early 2000s, and last October added the medical history element. Soon, both these countries will require their citizens...

It is expected that the European H-card will be developed to include a comprehensive health history in the next few years. And in the next decade or so, the card will likely be updated to include an individual’s genetic information as well. Thus, the H-SMART card eventually will contain a complete record of the genome, inherited and/or acquired diseases and treatments, results of blood analyses and radio-diagnostic scans, immunity profile, and functional status of all organs and organ systems. In other words, it will be a credit-card sized storage device for every detail of your health history. Considering the importance of streamlining and making health care affordable for all, I expect that the United States, too, will soon have an H-SMART system.

Today, doctors rely on radio-diagnostic scanning technologies, such as X-rays, sonograms, and MRIs, as well as measures of the cellular and chemical compositions of blood to make their diagnoses. These analyzes are conducted in separate laboratories, and the assessment of the diagnostic results occurs in the physician’s office. Then, the patient must obtain the prescribed medication at a local or distant mail-order pharmacy. But the consolidation of these health-care components has already begun. For example, chemistry and radio-diagnostic labs in mobile trailers are now available to augment hospital labs. All of the components are automated, using computer and robotic technologies. Clearly, with the advent of the H-SMART card, it is now time to consider the possibility of consolidating all of the clinical components of health care at one site.

In 1975, based on projections of computational and biomedical research at the time, I laid out this concept of a consolidated health facility for health care delivery that I predicted will emerge in the 2020s. I called it “Health Booth 2020.” In my mind, the question is not if, but when it will occur.

Imagine this scenario. A passenger (Mr. P) riding in a car suddenly starts feeling unusual symptoms. He stops at the next health booth (HB)—an ATM-like machine for patient health checkups. As he enters the HB, the patient is asked, “How may we help you?”  He verbally describes the symptoms and inserts his H-SMART card, uploading his personal health data. The patient is asked to insert a finger into a slot for a quick blood draw. In a few minutes, the system will analyze various biomarkers in the blood, and display them along with the normal ranges, highlighting any abnormal values. Finally, the computer displays the diagnosis, and may even offer medication via an automated pharmacy in the booth.

Data privacy will be ensured by the continually improving encryption technologies used in banking and commercial transactions. The booths will be manned by a new breed of physician who will be trained as both a computer technologist and a health care professional, and will evolve with time to include additional radio-diagnostic tools and robotic surgical set ups.

The development of such a system is in line with President Obama’s push for the health-care legislation and the use of technology to cut waste and make health care more affordable. The cost of technologies tends to be reduced with time, in contrast to the constantly inflating health care costs we have seen with our traditional system. Since computational correlation deductions generally show reliable accuracy and precision, H-SMART cards and HBs could provide a more economic, efficient, and precise delivery of health care—perhaps within the next decade or so.

Pushkar N. Kaul is a retired Chairman and professor of Allied Health Sciences at Clark Atlanta University in Georgia. He has held professorial and administrative positions at several university health sciences centers in the United States and abroad.