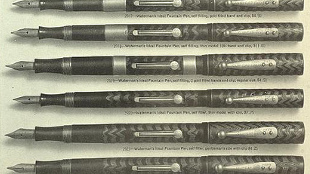 FLICKR, VIDALIA_11Despite more than a century of academic research and scientific publication, authorship policies and guidelines have only been codified in the last three decades. While this may have been a recent arrival to research standards, authorship guidelines are increasingly being adopted by scientists, funding bodies, and publishers alike. The National Institutes of Health (NIH) and the National Science Foundation (NSF) have established authorship guidelines as part of their mandates for the responsible conduct of research. Academic institutions, too, have either already adopted or are in the process of establishing authorship guidelines and policies in accordance with requirements of federal and other funding agencies.

Most of these and other published authorship guidelines appear to be based on those disseminated in 1985 by the International Committee of Medical Journal Editors (ICMJE). The ICMJE established three criteria for authorship in biomedical research. “Authors” must take part in...

Consistent with emerging efforts to prevent authorship conflicts and establish responsibility during scientific publication, many journals have been adding the new requirement of detailing each author’s contribution to the work being presented. For instance, Science, Nature, and the Proceedings of the National Academy of Sciences now require such information be included as part of the manuscript submission process. The editors of these journals have also been working together to improve publication procedures. Moreover, in a 2010 Science editorial, then editor-in-chief Bruce Alberts explicitly addressed the issue of “honorary authorship.”

A common example is granting coauthorship to one’s colleagues who work in the same laboratory. Though it is certainly not limited to this group, the practice is typically taken up among junior scientists who are motivated by a mutual interest to help one another’s careers.  A stronger publication record can lead to more opportunities for getting jobs and promotions, and also improve the scientific merit of grant applications and their chances for funding.

Another common form of honorary authorship is granted to directors of research institutes or department chairpersons. This is usually done on the basis that securing research funding by such individuals through private foundation funds or center grants, which provide the infrastructure that enables the research and, indeed, often substantially supports the work being published. It is commonly presumed that such contributions rise to the level of “justified” authorship.

In other cases, granting honorary authorship to superiors is the result of unawareness of established authorship guidelines on the part of all involved individuals, as many researchers are not privy to such policies during their formal graduate training. As a result, researchers simply adopt their mentors’ authorship practices without giving them much consideration. Furthermore, researchers may partake in the practice of granting honorary authorship to superiors based on fear of confrontation and, in extreme cases, out of concern for possible retaliation during promotion or tenure evaluations. However, conceding honorary authorship in this case can be a double-edged sword that can also impact negatively on efforts to demonstrate independence, especially in the case of junior investigators.

The practice of honorary authorship also has broader implications that may not serve the best interests of the researchers involved or science in general. For instance, guest authors carry the burden of added scrutiny and equal accountability for the published work. This is especially important when the integrity of the work is called into question. Unjustified authorship can have significant impact on the reputation of all parties involved, regardless of their level of contribution. Individuals should carefully consider whether they would like to be made a guest author on a manuscript, if that paper were to be subsequently found to be plagiarized or a product of research misconduct. Another consideration is that increasing the number of authors through guest authorship seems to dilute each person’s contributions to the work, including that of the primary author. This can be particularly apparent in biomedical research, wherein the order in the author list has significance.

While reasons for granting courtesy authorship to colleagues may be well-intentioned, they are clearly inconsistent with established guidelines and should be avoided. Nevertheless, the temptation to benefit from having a stronger publication record will always exist, especially in the present increasingly competitive research environment where the “publish or perish” pressure is greatest. Moreover, it is critical to acknowledge credit to superiors and colleagues when their contributions do not rise to the level of authorship. This is especially important in light of the increased prevalence of multidisciplinary and collaborative research. But instead of granting honorary authorship, would-be guest authors should be afforded the possibility to participate in the research and contribute to the publication to justify coauthorship. It is incumbent upon scientists at all levels to become familiar with established guidelines and policies on authorship to ensure credit when credit is due.

Acknowledgements
I am grateful to the “Survival Skills for Scientists” workshops, which are offered by the University of Miami, for having introduced me to research ethics. Thoughts and discussion on this topic were developed in a research ethics course (RST 720: Peer Educators in Research Ethics) I thank Thomas H. Champney for his critical review of this article.

Midhat H. Abdulreda is an assistant professor of surgery at the University of Miami’s Diabetes Research Institute, where his focus is on the immunobiology of type 1 diabetes and islet transplantation.