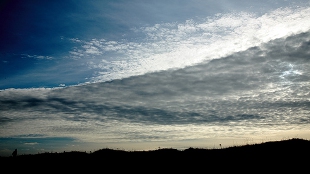 When scientists communicate with the public, they can make a difference. This is particularly true for scientific issues that have significant societal implications and which have become polarized––such as climate change.

Despite the near-consensus among scientists that the climate is rapidly changing, and that human-generated carbon dioxide is a major cause, a majority of the American public remains largely disengaged. Moreover, among the minority who are actively engaged in the issue—i.e. those people who consider and discuss the problem—approximately half have reached conclusions consistent with climate science, while the other half have reached the opposite conclusion, choosing to believe that climate change is not occurring. Given the importance of managing the risks associated with climate change, there is an urgent need for heightened public engagement so that collectively our communities, states and nation can determine how to respond.

Fundamentally, the American public trusts scientists, with nearly three-quarters of...

One a major roadblock is that the public remains unconvinced that researchers agree about climate change, which impedes any sense of urgency about the issue. Social science research has shown that four key facts influence Americans’ sense that as individuals, and as a nation, we should be doing more. The first is that climate change is happening; second, that is it’s mostly human-caused; third, that it is harmful to humans as well as nature; and fourth, that the problem is solvable.

However, our research has shown that Americans are more likely to accept these facts when they realize that the large majority of scientists also subscribe to them. (Other groups have shown this to be true among Australians as well.) Alternatively, people who incorrectly believe there is considerable disagreement among scientists are much less likely to accept these four key facts. Furthermore, nearly half of all Americans said they would be more concerned about global warming if 90 percent of climate scientists were to agree and state publicly that global warming is happening. Moreover, a recent paper in Nature Climate Change reveals that, when presented with information about the widespread scientific consensus about climate change, people become more likely to accept the facts about human-induced climate change.

Yet, as of May 2011, only 13 percent of Americans correctly understood that the vast majority of climate scientists have no doubt that global warming is occurring and is caused by human actions. A number of studies have shown the rate of consensus among climate scientists about human-caused climate to be 95 percent or higher. The conclusion is also endorsed by virtually every relevant scientific society in the United States, including the National Academies, the US Global Change Research Program, and the National Climate Assessment.

So, if nearly half of Americans said they would believe in climate change if they thought that 90 percent of researchers agreed it was happening, and we know that nearly 95 percent actually do agree, why are so many Americans still skeptical? The implications of this disconnect are clear: the single most important fact that America’s climate scientists can share with the American people is that they have reached near-unanimous agreement—the climate is changing and human activity is the main cause. News events including extreme weather events such as Hurricane Sandy, create an opportunity for every climate scientist to make this important point during news media interviews, letters to the editor of their local newspaper, and calls to local TV and radio news and talk shows.

We encourage you, your professional societies, and your funding agencies to prioritize the debunking of this myth by creating simple clear messages about the scientific consensus, that get repeated often, by a variety of trusted voices including those of individual climate scientists in communities across America. This is a time-tested method of enhancing public engagement in important societal issues. Debunking the myth that there is a lot of disagreement about climate change among climate scientists can promote greater public engagement in climate science and solutions.